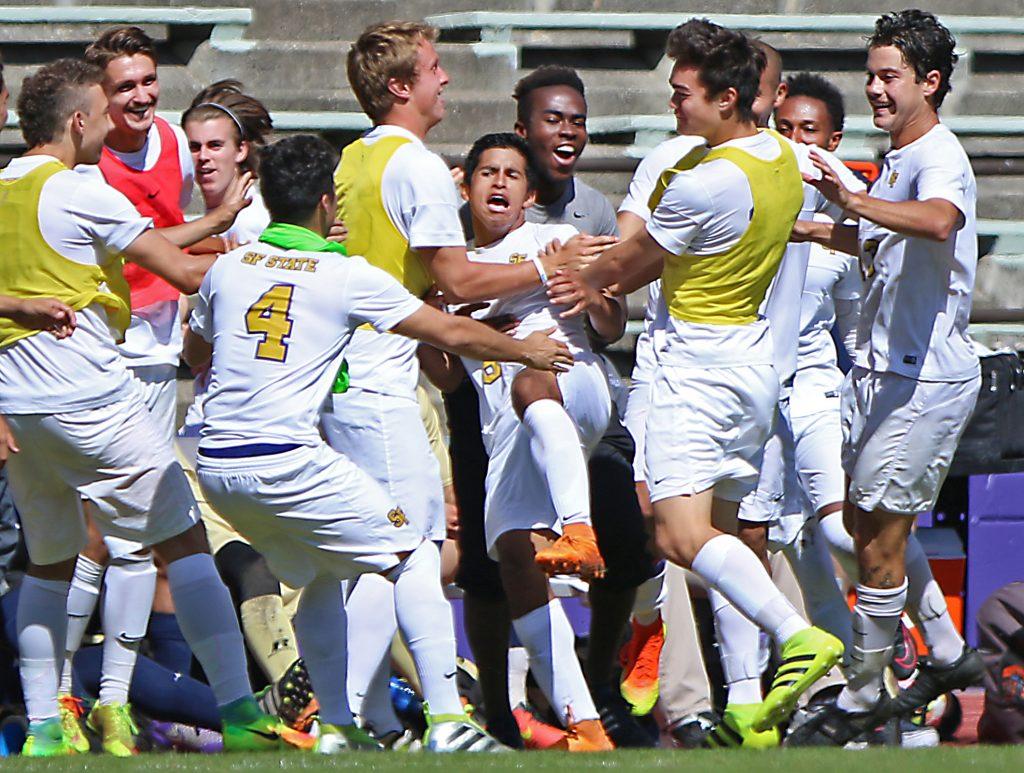 The Gators improved their record to 4-1 after freshman forward Richard Leon’s overtime game-winning goal to edge out the Cal State Monterey Bay Otters 3-2 in the Golden Gate Classic.

Leon slipped behind defenders, anticipating a pass from sophomore forward Sam Gebremiche, who had a jump on the defender to the ball. Gebremiche passed the ball to Leon and with no hesitation he punched it in at the 90:56 mark.

“I was just really happy about that,” Leon said . “That is twice now that I’ve scored in overtime and I just wanted to get with my team to celebrate with them.”

The Gators got down early on a defensive breakdown during the third minute on a goal by the Otters’ Israel Ayala—ending Gator goalie Emmanuel Jimenez’s three-game shutout streak. SF State remained poised and continued to apply offensive pressure, despite an early suffocating effort by the Otters defenders.

Many scoring opportunities arose and the constant onslaught by the Gators finally paid off right before halftime. Gebremiche scored the first goal of the game for the Gators on an assist by midfielder Francisco Saucedo at the 42nd minute.

The Gators came out for the second half with a plan.

“The one thing I told them specifically that we needed to work on was focusing on controlling the game,” Gators coach Javier Ayala-Hil said. “If we can control the game those opportunities are going to come.”

The message was heard, and SF State’s offense looked more in sync. The team’s leading scorer on the season, forward Ranier Plantinos, outran Otter goalie Andrew Garcia to the ball and punched it in for a 2-1 Gator lead in the 57th minute.

The Otters responded with a goal of their own during the 73rd minute, which ultimately pushed the game into overtime tied at 2-2. Leon’s quick score in overtime sealed the deal.

“We’ve been waiting on this game for a long time,” Gebremiche said . “Last year they beat us in their home, so it was a great feeling beating them right here in our house in our first CCAA game.”