Tax would levy 1 cent per ounce 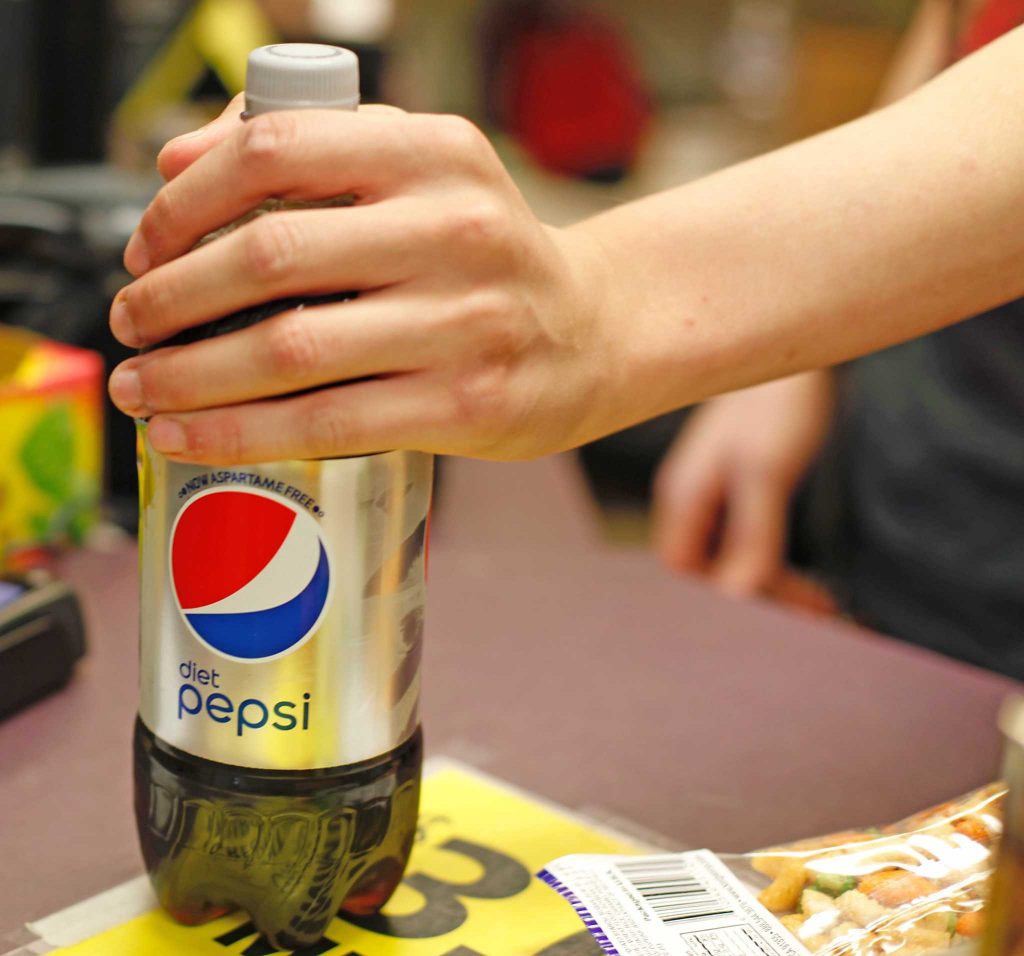 An SF State student buys a Diet Pepsi from The Lobby Shop in the Cesar Chavez Student Center on Monday, Sept. 19, 2016. San Francisco voters will decide whether or not to add a tax on sugary beverages this upcoming election, that would levy a 1 cent per ounce tax on sugar sweetened beverages.

San Francisco voters will decide whether or not to add a tax on sugary beverages this November. Proposition V, if it passes, would levy a 1 cent per ounce tax on sugar-sweetened beverages such as soda, sweetened ice tea and energy drinks. It would not change taxes paid on food or other beverages.

When both San Francisco and Berkeley proposed similar ballot measures in 2014, the 54 percent of San Francisco voters who supported the proposition were not enough to pass the tax.

However, the “Berkeley vs. Big Soda” initiative succeeded and according to a study conducted by UC Berkeley, consumption of sugar-sweetened beverages fell 21 percent, while water consumption increased 63 percent.

Matt James is a 20-year-old SF State international business major who works as a clerk at Healthy U, a snack shop inside the lobby of the Cesar Chavez Student Center. He sees a high demand for sugary drinks and questions how much of an impact the tax will really have.

“I don’t think a small 1 cent per ounce tax will make a big difference. I think it will affect businesses more than it will affect consumers,” James said.

“People probably don’t realize that what they’re drinking is as sugary as it is,” James said while pointing out the high sugar content of products like juice and Odwalla.

The 2014 attempt was markedly different in that it proposed a 2 cent per ounce tax with revenue to be specifically used for children’s physical education and nutrition services, requiring a two-thirds vote to pass. This year’s proposal directs all tax revenue to the general fund instead, which allows the vote to be determined by a simple majority.

Much like it was two years ago, this year’s soda tax battle has been loud, confusing and very expensive for groups on both sides of the argument. With San Francisco, Albany and Oakland each proposing a soda tax on their ballots this fall, the American Beverage Association is responding with big money for anti-tax advertisements that use misleading language.

“No San Francisco Grocery Tax” ad campaigns are running in all three cities. On an opposition website, with “major funding by American Beverage Association California PAC,” they claim that “San Franciscans are demanding answers!” and suggest that “we have higher priorities for City government than the regulation of our food and beverage choices with new taxes.”

The American Beverage Association represents non-alcoholic beverage companies such as Pepsi-Cola and Coca-Cola.

Beverage companies have a large stake in the results of this vote, as they struggle to maintain sales in progressive and increasingly health conscious areas like San Francisco. However, energy drinks are still a thriving market among parents and college-age consumers, according to Market Realist’s summary of Mintel’s annual energy drink survey.

“A lot of students are running on low energy…up all night trying to get work done,” Chavis said. “They should have the right to make the decision about what will work best for them.”

However, not all students are comfortable with a large presence of sugar-sweetened beverages on campus. Coke and Pepsi tried to target SF State last October when both companies bid on a “pouring rights” contract offered by university administration. Many students voiced opposition by circulating a petition and disrupting a meeting on campus where both companies were scheduled to make presentations. President Leslie E. Wong later ended the process.

“After listening carefully to the concerns and information I received from our students, faculty and staff, I have decided not to move forward with the process of establishing a partnership with a beverage company,” said Wong in an official statement emailed to students and faculty.

If the contract had been awarded, the chosen company would have paid the school approximately $2 million up front and at least $125,000 annually. The contract would have included the athletic complex naming rights, an internship, an endowed chair position and a myriad of marketing opportunities to make a strong brand presence at the school.

The proposed legislation, sponsored by four members of the Board of Supervisors and supported by Mayor Ed Lee, is designed with an eye toward reduction in sugar consumption as a method of combatting diabetes, heart disease and obesity.

Gretchen George, assistant professor in the SF State consumer and family studies department and a registered dietician, supports government involvement in curbing sugar intake. “We need to work from both the individual level and from the policy level,” George said.

“Nutrition education must be present to help individuals understand the nutrition guidelines and reasons why policies exist. Policies need to be in place to shift the norm to health – so the choice is health without much acting as a barrier.”

Although Chavis doesn’t want to pay more for his beloved soda, he would consider voting for the tax if it “would help out schools and people in need.”

“Maybe I have an opinion coming from both sides,” Chavis said.