Colombia is not “Narcos” 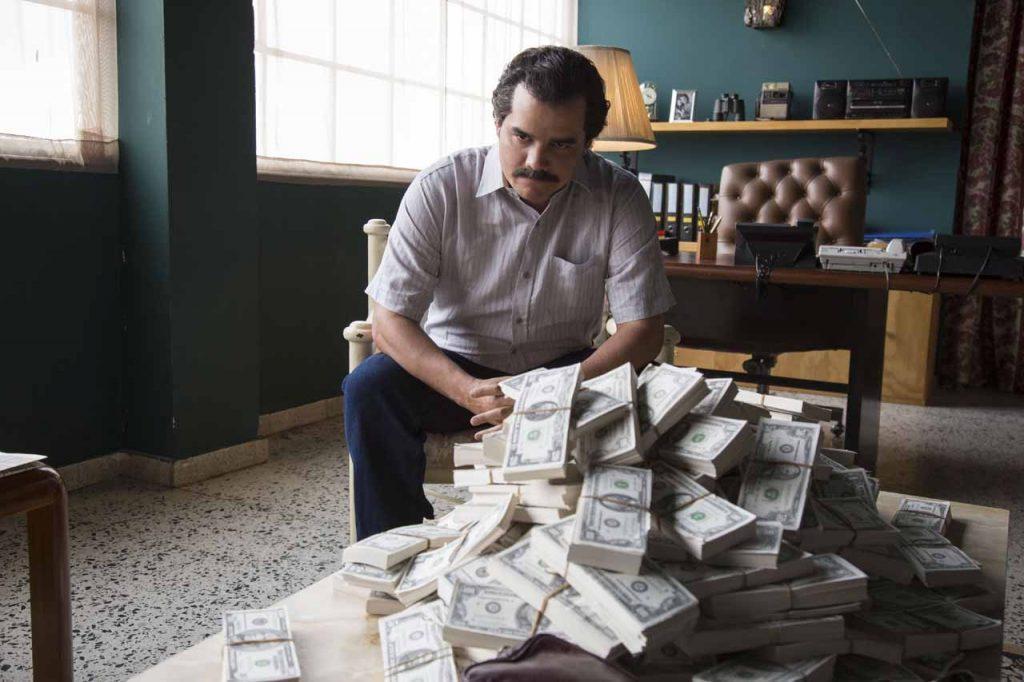 Sometimes I hesitate to tell people that I’m from Colombia, because whenever I do it’s usually met with ignorance.

Either people don’t know where to point the country out on a map or they ask me: “Is Colombia really dangerous?” But lately, one response I’ve received is “Oh, I know about Colombia — I’ve watched “Narcos”!”

I don’t mind being questioned about how dangerous Colombia is since it gives me an opportunity to talk about both the good and the bad, while clarifying some of the misconceptions people might have about the country and the people. But I don’t like the suggestion that a Netflix drama can be considered an authoritative source on Colombia.

“Narcos” is not the first drama to depict Colombia or Pablo Escobar. Hollywood has been misrepresenting Colombia for years, and Pablo Escobar has been the subject of many films. For example, in the film “Mr. and Mrs. Smith,” the two protagonists meet while on a mission in Colombia’s capital, Bogota. In the film, the capital is depicted as a war-torn town in the middle of the jungle when it’s really a cold urban city built on the Andes, which has stayed relatively safe from the war waging in other parts of the country.

I won’t deny there are a lot of problems in Colombia. The country has been caught up in a civil war for over 50 years and because of this violence, its citizens are displaced or are internal refugees. Colombia is also the world’s largest cocaine producer, accounting for 43 percent of its global production in 2009, according to a 2010 report by the United Nations Office on Drug and Crime. However, the perception that many Colombians are drug traffickers, violent or members of guerrillas is just plain wrong.

For the most part, Colombians strongly condemn the drug trade because they have suffered directly from the problems it generates. When Pablo Escobar becomes the primary association Hollywood makes with Colombia, the general response from Colombians is indignation and a resounding collective sigh.

This is not only because these portrayals perpetuate stereotypes and damage the world’s perception of Colombians, but also because the feeling in Colombia is that the drug trade wouldn’t be possible without foreign consumers. According to a different report made by UNODC, North America alone accounts for 40 percent of the cocaine consumed in the world and Europe accounts for 25 percent.

To its credit, I think “Narcos” is the best researched American depiction to date of Pablo Escobar and of violence in Colombia in the late ‘80s and early ‘90s.  While the majority of the cast isn’t Colombian, much of the show is filmed in Colombia and the writers have taken the time to explore Pablo Escobar and the atrocities he’s committed, creating a complex character, who — like the real-life person — had a disturbing hold over Colombian politics and culture.

Where “Narcos” fails is in the oversimplification of Colombian history. Colombia is a complex country where political strife has waged for decades in retaliation to the country’s oligarchy. Many Colombians have been marginalized by their own government, and this social climate has given rise to guerrilla marxist groups such as the Revolutionary Armed Forces and the National Liberation Army, as well as paramilitary groups.

Without an understanding of Colombian politics and history, it’s very easy to depict Colombia as a country full of bad people and bystanders who have no faculty and easily turn to drug trafficking. It would be refreshing to see a show that portrayed the drug war through a wider angle that showed how American intervention in Colombia and Latin America has harmed the region and contributed to the drug trade.

One example of this is Plan Colombia, which is a U.S. aid effort intended to combat the drug trade in Colombia. Through Plan Colombia, the U.S. has used herbicides to aerially fumigate thousands of acres of Colombian land in an effort to reduce cocaine cultivation. This effort, according to InSight Crime, has caused deforestation and pollution, and is linked to various health problems like asthma and cancers. Furthermore, fumigation has only pushed cocaine cultivation to other parts of the country and damaged production of legal crops.

Perhaps what annoys me the most about “Narcos,” is that even though Pablo Escobar is dead in their timeline and they’ve portrayed the consequent fall of the Medellin Cartel, the cartel that Escobar led, “Narcos” is set to continue its storyline in Colombia.

Showrunner Eric Newman was quoted in the Hollywood Reporter saying: “We are going to look deeper into the systemic effects within Colombia of cocaine and corruption.” The show will likely expand on the rise of the Cali Cartel, an organization that controlled drug production in the Pacific coast of the country and whose brutal efforts to fight Escobar ultimately contributed to his demise.

“Narcos” is being renewed for two more seasons, but the show has already proven it cannot recount Colombian history without oversimplifying it and resorting to stereotypes.