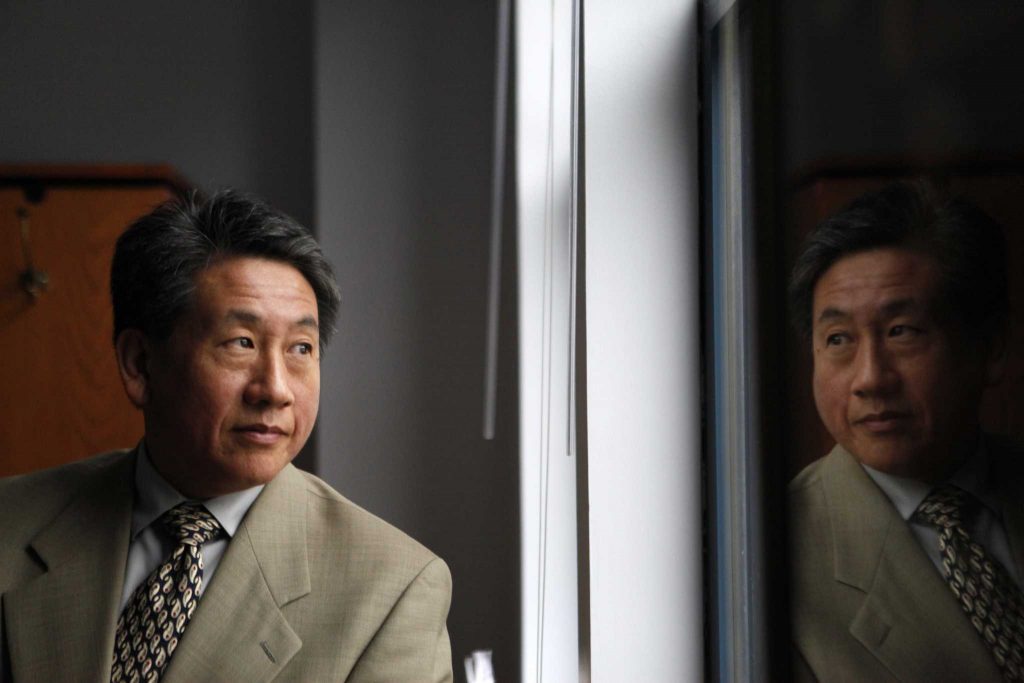 University Chief of Police Jason Wu looks out onto the campus on Monday, Oct. 10, 2016.

After a 25-year career with the U.S. Park Police that included stints as a detective, a narcotics enforcement officer and a DARE officer, SF State’s new Chief of Police Jason Wu said he still considers himself a student.

“One of my philosophies in life is that it’s good to have exposure,” Wu said. “You always have to learn. It’s so important to have personal growth, educational growth as well as professional growth. To this day, I’m still learning.”

Deputy Chief of Police Reggie Parson said that the University has typically hired from within for the position, but Wu’s experience outside of academia is a great asset.

“He’s coming in with a fresh perspective that adds a lot of value and depth,” Parson said.

Parson said he and Wu bonded quickly over the fact that they both majored in psychology and said that this background helps to foster a foundational understanding of the value in community policing.

“We’re trying to get back to engaging with our community,” Parson said. “Growing up, I knew the local officers in my neighborhood. We really want to get back to that. Rebranding UPD so people get comfortable with us.”

While the fresh approach will include building University police social media accounts, Wu is also implementing “old school” tactics such as foot patrols to increase visibility and the distribution of paper flyers with crime-prevention tips around campus housing.

Wu described his idea for a photo contest in which students would be challenged to spot the police chief drinking boba tea and post the photo to the University police Facebook page for a prize.

“It’s so important to have that relationship with the public,” Wu said. “To let them know that the police are more than just enforcing the law — we are a part of the community.”

“He is a person who truly cares for the people who work for him and that’s key,” said David Mulholland, statewide interoperability coordinator at DC Homeland Security, who worked with Wu in a previous position at the U.S. Park Police.

“I couldn’t have thought of a better guy for this job, and I know a lot of police chiefs,” Cronin said. “I was trying to recruit the guy to come here.”

Wu said he knew as early as high school that he wanted to become a police officer but that getting his education was always a top priority.

“I felt it was very important to have a college degree,” Wu said. “That a was a personal challenge and goal for me.”