Voting Locations: An Interactive Map of Where You Can Vote 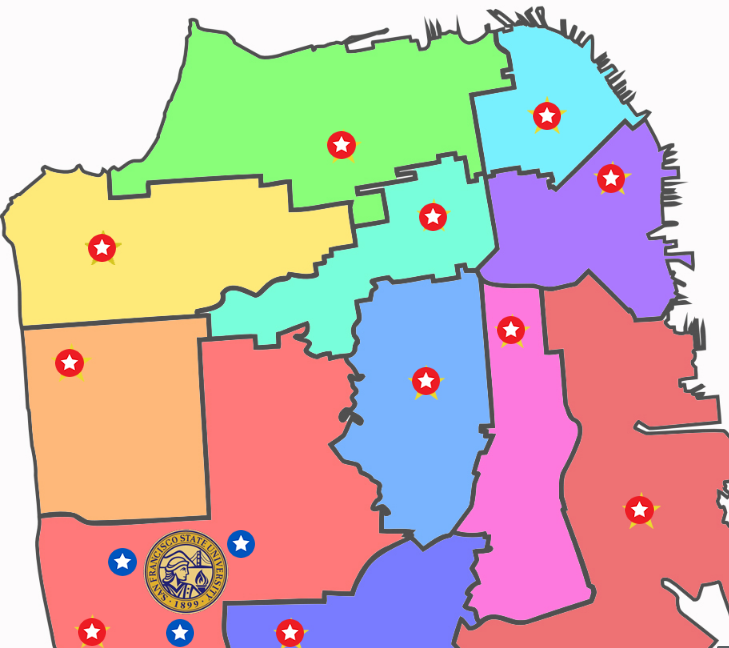 Interactive map of selection of polling places by district in San Francisco. 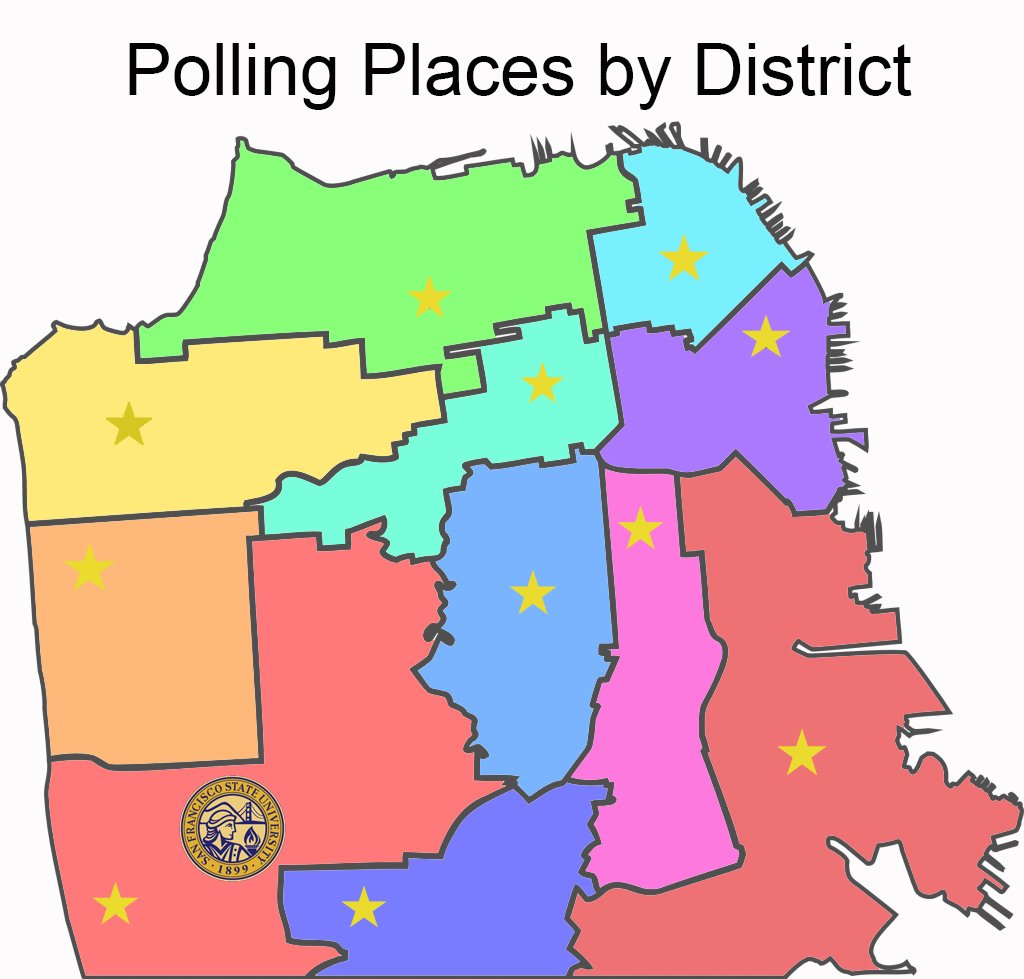 The following polling locations presented are just an example of one polling location in each district. If you are interested in finding a polling place that is more convenient, type in your address here.

Students who live on-campus in Mary Ward Hall, Mary Park Hall, Village at Centennial Square, and Towers at Centennial will be able to vote at the Seven Hills Conference center located to the left of City Eats Dining Hall.

Students who live in University Park North will be able to vote at the San Francisco Fire Station #19 located at 390 Buckingham Way.

Students who live in University Park South will be able to vote in the lobby of Villas Parkmerced at 750 Gonzalez Dr.

For SF State students who commute from the East Bay, you can find your polling locations here.

→ Bring ID card just in case. Usually you don’t need this to cast your ballot unless you “registered by mail or online; did not provide your driver’s license number, state identification number or last four digits of your social security number on your registration form; and it is your first time voting on a federal election in this county,” according to Rock the Vote.
→ Polling locations will open at 7 am and close at 8 pm so be there on time!
→ Show up early to give yourself time to vote (beware of long lines and closing times).
→ For more information regarding identification requirements, what’s on the ballot, and student voting, visit Rock the Vote.