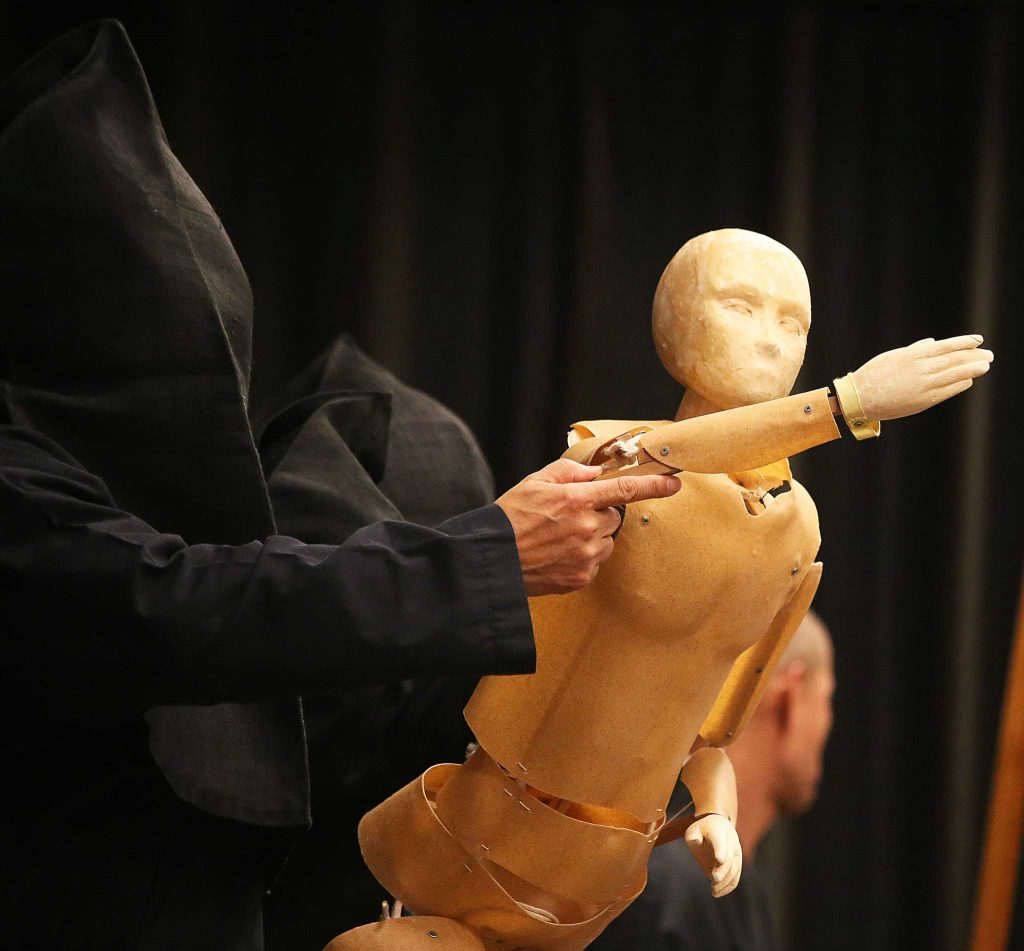 SF State was the first stop on Kanroku and the Mokugu-sha Company’s Northern California Japanese puppetry tour that is taking place throughout October and November.

Known around the world as Bunraku, the traditional Japanese puppetry was named after the theatre where it was first performed. This performance consisted of three puppeteers handling one near life-sized puppet.

The Sonoma Cultural Exchange arranged for Kanroku to perform at SF State. One of the organization’s founders and SF State alumni, Maki Aizawa, shared with the audience that traditionally, Bunraku is performed by all male puppeteers, but Kanroku’s company is unique because it includes women, one of them being his wife.

SF State’s Dilena Takeyama Center for the Study of Japan and Japanese Culture hosted the Bunraku event. About a month ago, the center appointed a new executive director, Chris Weinberger, whose main goal is to involve more students, faculty and community in events hosted by the center.

“I wanted to create a campus event for students,” Weinberger said. “I heard that Kanroku was going to be performing at the Berkeley Arts Museum, and we worked it out so that they would be able to perform here as well.”

Kanroku showcased five different puppets during the performances. One was more modern, not dressed in any clothing and closely resembled a bare mannequin. The modern puppet was paired with music from the Okinawan Islands. Along with the modern puppet, Kanroku used four traditionally dressed and painted Bunraku puppets to tell the Japanese stories.

Kanroku and the Mokugu-sha used the five beautifully crafted puppets to perform four different stories and explain to the audience how they work together to create the final production of each play.

Yukihiro Goto, a theatre arts professor at SF State, was among the 85 others that came to enjoy the performance.

“They don’t even need to know the words, they got the message through the actions and dances of the puppets,” Goto said regarding the potential language barrier of the all-Japanese performance. “Even though the puppets aren’t alive, they seem to come alive through the artistry of the three puppeteers. The beauty of the performance transcends language.”

Kanroku was very interactive with the audience. Throughout the performance, he walked into the audience and tapped a few people with the puppets hand.

10-year-old Joshua Cisneros was tapped on the head by a puppet.

“We’re going to ask them where in Osaka they perform,” Cisneros said. “We go there every year, and we would like to see them again in Japan.”

For more information on the remaining Bunraku performances by Kanroku and the Mokugu-sha Company, visit www.sonomaculturalexchange.org.