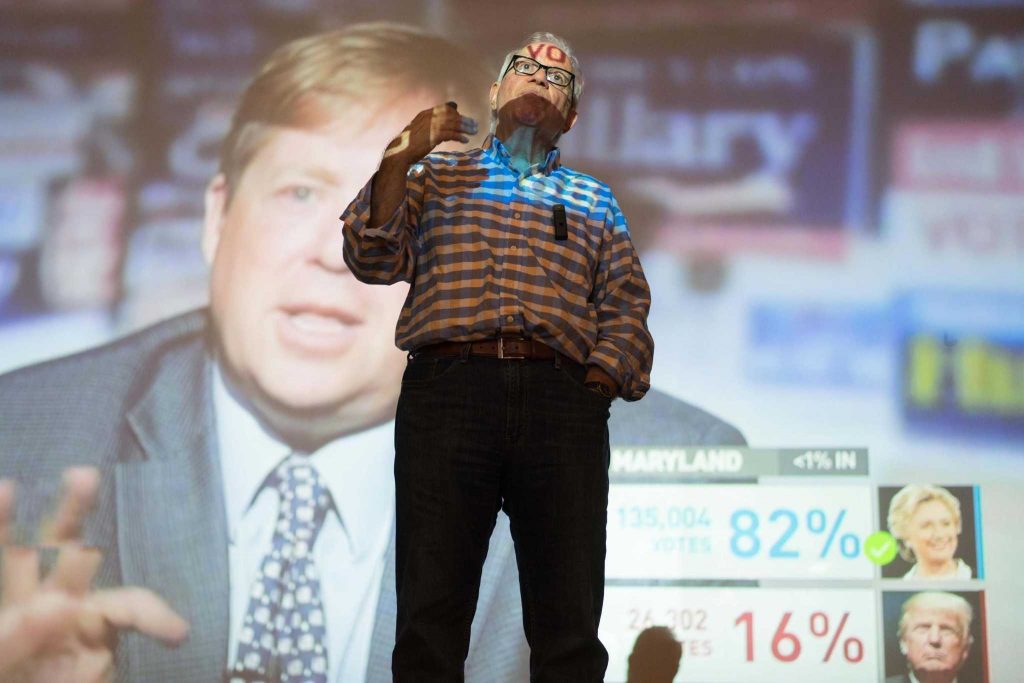 Politics of each candidate, live updates and what-if scenarios are all part of the discussion. Audience questions and comments are being taken as well, making the commentary very interactive.

Originally part of the class The 2016 Presidential Election: Issues and Analysis, the watch party expanded to invite the entire department to take part.

“I think it’s everyone’s civic duty to at least pay a little attention and at the minimum pay attention every four years,” said Garcia-Castanon, one of the co-instructors of the course. “This particular election cycle has made it difficult for me to recommend that to individuals because it’s so hostile and unusual.”

The watch party plans to continue until all results are announced or 10 p.m. at the latest.