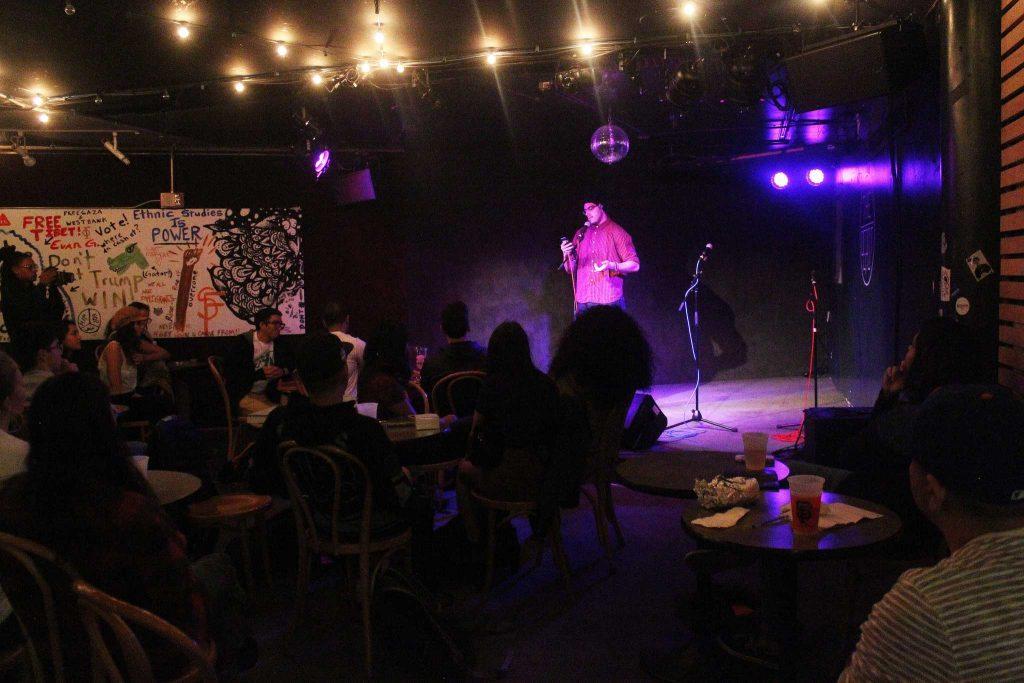 After holding their last open mic of the semester on Tuesday, Spoken Poetry Expressed by All Kinds are organizing a slam poetry team and setting their sights on national competition.

While SPEAK’s monthly open mics are open to everyone — including, rappers, singers or storytellers — the preliminary rounds for the College Unions Poetry Slam Invitational are for students who are serious about performing slam poetry at a competitive level and representing SF State. However, SPEAK president and English education major Nicole Reynolds, 21, doesn’t want the pressures of entering a competition to discourage students from trying out for SF State’s team.

“We always want students to bring their best, but I don’t want them to think that their best isn’t good enough,” Reynolds said.  “There’s no stereotype or stigmatism towards poems. It’s whatever they have; that’s what we want to hear.”

CUPSI will be in Chicago this year and will feature slam poetry from over 60 schools, from Ivy Leagues to community colleges. 2017 will be SF State’s sixth year competing. Unlike the preliminary rounds on campus, students will be competing as a team instead of as individuals. SF State has never reached the final stage of competition, but has been close many times. Two years ago, they were the first Cal State team to ever get to the semi-finals stage.

“There are not a lot of national events for writers, besides writing contests, but I’ve yet to find something that’s on a larger scale like CUPSI that really encourages students to not only help themselves become writers but also to develop the community surrounding them,” Reynolds said. “A lot of people don’t know that the slam poetry community is really inclusive regardless of what you write about. For college level poets, CUPSI is the only thing that gives us this big space to share our work together.”

Destiny Evans, a 22-year-old broadcasting major and vice president of SPEAK, is hoping to make the team this year for CUPSI.

“I’m just going to write as much as I can and edit and practice and perform as much as I can. Hopefully I make the team this year because I really want to go to Chicago,” Evans said.

Evans has made the team the previous two years and said she loves the supportive community she found there.

“It’s very competitive but it’s also a really supportive environment,” Evans said. “It helps that I’ve done this before and that I have SPEAK backing me each and every step of the way, especially when I’m super critical of my poems.”

“Just to be able to stand up in front of people and actually share these very personal, intimate things is very therapeutic and it’s a great way to put yourself out there,” Nolan said.

For the CUPSI team, there is more of a commitment required than at an open mic, but Reynolds said they still want more students to join the team.

“We’re still looking for at least five more students in order to have a fair final slam in December,” Reynolds said.

Reynolds hopes this creative space for poetry will continue even after the SPEAK members graduate.

“The hope is that students will remember what kind of space we created and that they are encouraged to continue that, because every year SPEAK gets passed down to different students, so it becomes their job to continue to create a space on campus for students who really just want to share poems,” Reynolds said.

The next preliminary round will be held on Thursday at 7 p.m. in The Poetry Center.