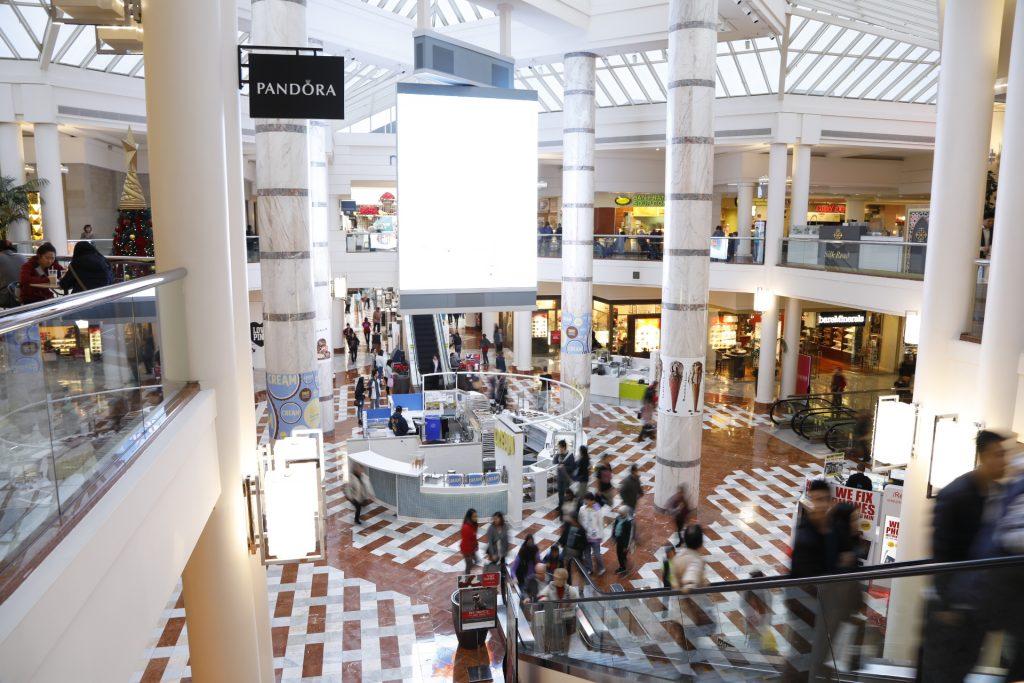 Shoppers converge at Stonestown Galleria during Black Friday on Nov. 25, 2016. Some SF State students were unable to spend time with their family during Thanksgiving, because they had to work early hours at Stonestown for Black Friday sales. (Steven Ho/Xpress)

The frenzied post-Thanksgiving shopping tradition called Black Friday, with its promise of door-busting sales and extended store hours, can be stressful for shoppers and retail employees alike.

For students like Ashley Rogers, a sophomore who works at clothing store H&M, the shopping holiday meant spending her first Thanksgiving without her family.

“My family lives in San Diego, but because I’m scheduled for an 8 a.m. shift on Friday so I won’t be going home for the break.” said Rogers. “It makes me sad because this will be my first Thanksgiving away from family, but in the end I have do it.”

According to the National Retail Federation, 137 million people, over half the country’s population, will head into stores this year.

Rogers, who has been with H&M for just over a month, says her parents aren’t mad at her for staying in San Francisco over the break, but are not happy about it either.

“This year I was unlucky, but next year I’m going to try harder to get the day off” said Rogers. “Work is fun and I can get paid for it, but I think for me family has to come first.”

To keep up with consumer demand the NRF estimates retailers will hire between 640,000 and 690,000 employees. Stonestown Mall, just a few minutes away from SF State, houses over 140 of these retailers, many of which employ University students.

“From past experiences, retail does give a lot more hours to employees when it comes to the holiday season,” said Marie Mendoza, bio-physiology major at SF State. “I’ve kind of just learned to adjust to that and reprioritize everything.”

“I’ve been working retail for about 5 years now,” said Mendoza. “Usually every Thanksgiving I have to either leave dinner early or not even be there at all.”

Mendoza, who is in a management position clothing store Cotton On, is not only working black Friday, but also Thanksgiving day. She spent the holiday with her family but because she’s scheduled for a 9 p.m. shift at Cotton On she’s forced to leave early.

“My parents have been really understanding and I think it’s because they’re more proud that I’m working hard and showing my independence,” said Mendoza. “There’d be some times where they joke around and say ‘call out and spend more time with us’ but I know it has some inside message.”

Javier Blas, a first-year biology major at SF State, spent Thanksgiving Day with his family, however he volunteered for a Black Friday shift.

“They asked us each individually, do you want to work black Friday?” said Blas. “I told them yes because I kind of wanted to experience like the major holiday craze just to get a taste of it,” said Blas.

Blas, who has worked at Banana Republic for three months, says his parents aren’t opposed to his Black Friday shift as long as he gets to stay home for Thanksgiving.