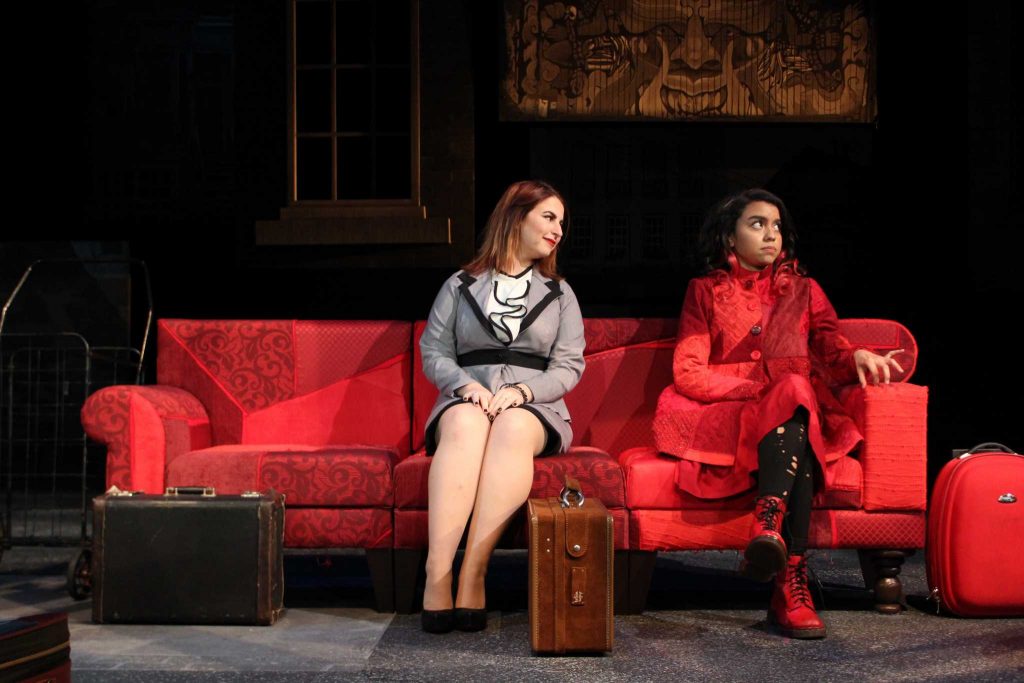 “Sofa Sin Casa (Couch With No Home)” hit the stage on Thursday night in Little Theatre and made politics personal through storytelling and music, addressing the growing issue of San Francisco’s housing crisis.

Perry Fenton, assistant director of the play worked with director Roy Conboy, longtime head of the playwriting program, during each step of production. Fenton said she was happy to see students and alumni get involved in the creation process of the project.

“The fact that it was written by alumni and grad students also adds to the authenticity of the show,” Fenton said. “The cast had so much fun with the play, especially since some scenes were still in flux when we started the rehearsal process. Roy was able to rewrite some of the scenes based on the actors improving off of each other, which adds to the community based tone of the show.”

Conboy asked his fellow writers to produce individual stories based on the idea of a homeless couch traveling around the city looking for shelter and providing comfort along the way.

“I was talking to a student about a year or two ago about how they were couch surfing through the semester and it just kind of occurred to me as a dramatic idea,” Conboy said. “I wanted different kinds of perspectives and different ages than my own, so I crowd sourced it in order to get different perspectives.”

The idea began to evolve as Conboy worked with the other writers, taking over a year to  complete the story.

A homeless wandering couch, played by theatre major Regina Leon, narrated, leading the audience through a series of stories about people affected by their gentrifying neighborhoods, accompanied by dance numbers and a live blues band.

“I was born and raised in San Francisco, I’m from the Mission, I’m Latina and I identify with the couch in various ways,” Leon said. “I was surrounded by a lot of (different) people, and just like the couch, she pulls from all these stories from different people and she creates her own persona through all these experiences, and that’s how I did, too, for the couch.”

The story of the couch was conceived by Conboy, one of seven playwrights who co-wrote the story. Leon’s narration as the couch is used as a “dramatic device” to tell the various stories of the people it encountered.

In his many years working with a Latino theatre group in the Mission, Conboy has witnessed the gentrification in the neighborhood and how it affects its residents —an issue he said he has always been drawn to.

“It comes down to that we value property more than we value humans, but why is that? How does it hurt us to make sure that every human being has shelter,”  Conboy said. “I understand economics, but I think it’s just a matter of will – the willingness to do something about it.”

“Sofa Sin Casa (Couch With No Home)” will be performed again from Dec. 8 through Dec. 11 in SF State’s Little Theatre.