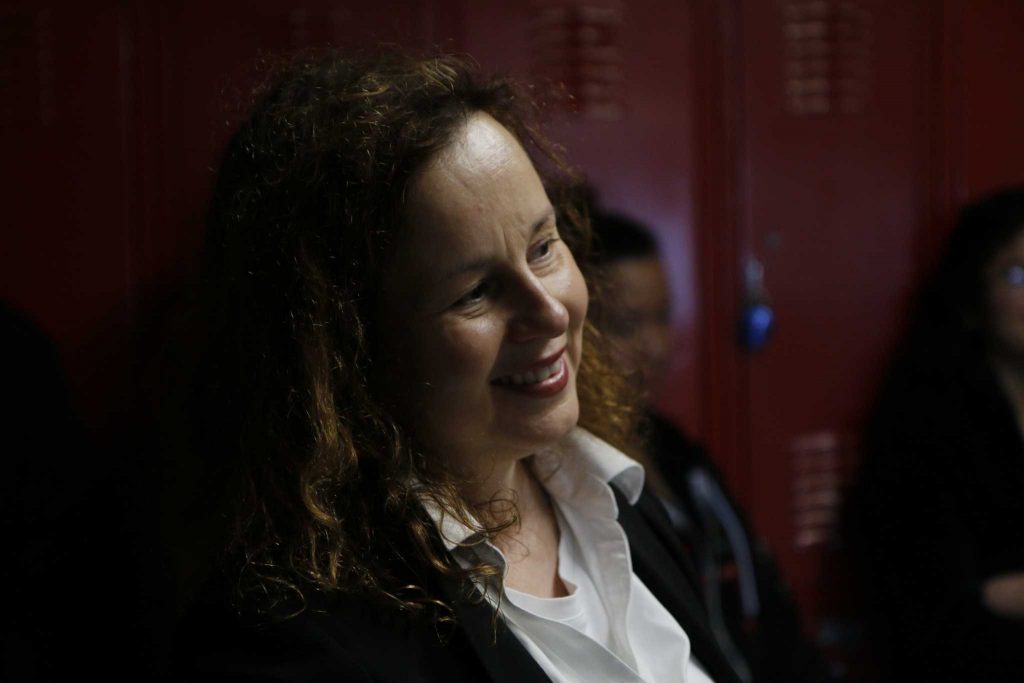 On Dec. 17, F*ck U! In the Most Loving Way: A National Feminist Art Exhibition, will open at the Arc Gallery downtown.

Tanya Augsburg, associate professor of humanities and liberal studies, helped organize the event and will be performing in the exhibition. A film by Cheryl Dunye, Assistant Professor of Cinema, is being featured in the show as well.

The purpose of the exhibition is to shed light on women’s issues — including equal pay, physical standards of beauty, women’s health issues, and what comes next for women under the new political administration. It’s also an homage to “Womanhouse,” an exhibit from the 70s by Judy Chicago, which was a commentary on women’s roles, but more confined to the domestic sphere.

“We decided to examine what are women’s roles today,” Augsburg said. “We are standing up to how we are being measured, valued and assessed based on our bodies. Why is it taboo to talk about women’s reproductive processes? We wanted to have a diverse show, and not just reinforce gender-binaries. The exhibition also showcases gender fluidity and queer perspectives. It’s a feminist show. It’s defiant, it’s activist, and it’s very affirmative.”

Augsburg will be performing an interactive piece called “Kitchen Table Talk,” where she will ask questions to the audience with a hopeful vision of a positive future for women in light of the recent election results.

The exhibition will be open from December 17 through January 21. In that time there will be special performances and video screenings, including a screening of Dunye’s “Black is Blue.” The cinema professor’s film explores the journey of a black transgender male.

Opening the performances will be Emma Sulkowicz and Violet Overn, two graduate students based out of New York, who attempt to critique the urge to define the undefinable, and control the uncontrollable.

Rebekah Jacobson, a liberal studies major, decided to help out with the show because she was inspired by a piece by Overn that depicted her lying face down outside of fraternity houses, in the trash, after parties as a commentary on sexual assault.

“I’ve worked with kids my entire life and I want to teach eventually,” Jacobson said. “We don’t teach boys not to rape – we teach girls not to act a certain way or not to dress a certain way. I think it’s really important for me, as a teacher, to instill [feminist] ideas in the kids that I have in my classrooms.”

The diversity of issues being discussed, as well as people being featured, is an attempt to modernize what feminism means at this point in time. The original “Womanhouse” performance was run primarily by middle-class heteronormative women and the new performance is an attempt to bring as many people together for one cause.

“Feminism to me is a collaboration,” said Sulcowikz. “It can’t work if it’s one person fighting. It’s about working together in cross-gender, cross-sexual preference, cross-racial ways in order to make the world more livable.”