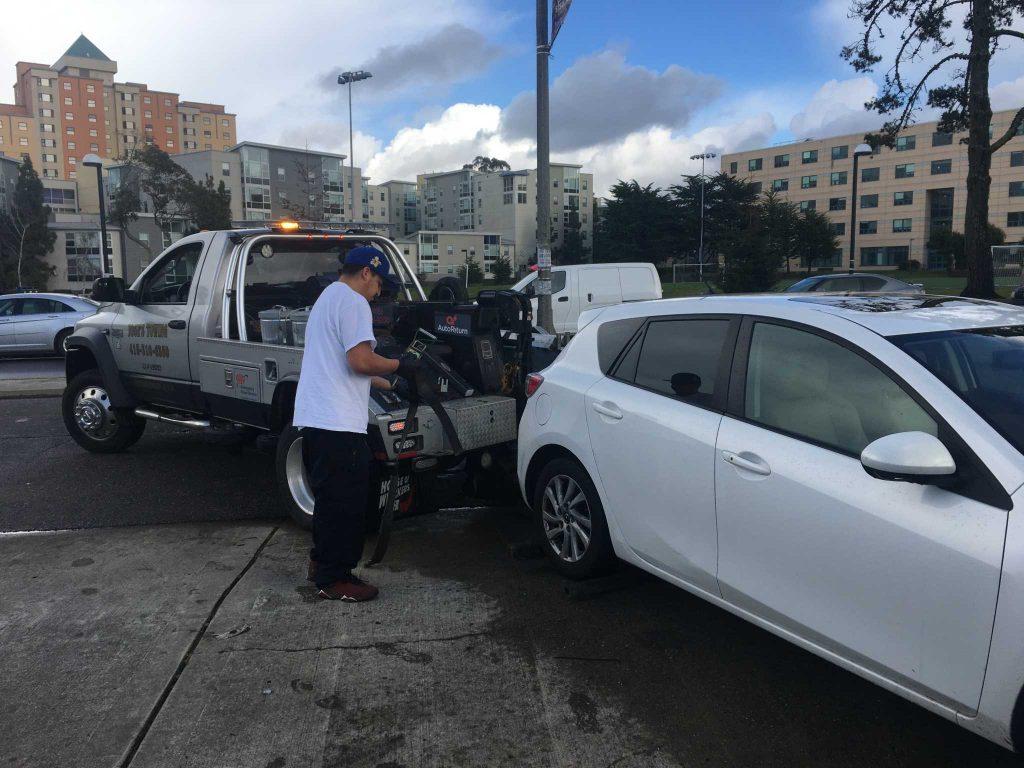 Several SF State students waited for friends to pick them up after 10-12 cars were towed on Font Boulevard in front of the construction site of the new Mashouf Wellness Center at noon Monday.

Supervising Janitor Manuel Saravia said 10-12 cars were towed around noon and  taken away by at least three tow trucks.

“I parked my car here last night around midnight,” electrical engineering major Kristian Jimenez said. Jimenez said he received a text while in class telling him to move his car due to the mass towing.

“I came over here to move it, by the time I was here it was gone already,” Jimenez said.

Jimenez had only noticed the street cleaning signs and not the typed notices along the fence line by the building.

“The only sign I saw was this one that said no parking 6 a.m. to 7 a.m. Wednesday, so I thought I was fine,”Jimenez said.

BECA major Sooraj Saxnea’s car was also towed, and he said he wasn’t fully aware of any signs stating he couldn’t park there.

One after another, unsuspecting students arrived to their now empty parking spaces upset to find their vehicles had been replaced by orange cones and yellow caution tape.

Bruce D. Campbell, senior superintendent at C.W. Driver Companies was also on scene and said the city’s requirements for the permit spaces require they provide 72 hours notice, and have signage within 20 feet of the parking spots.

“We fulfilled the city’s requirements,” Campbell stated when asked if they could have provided better notification for the campus.