Lady and the Trump 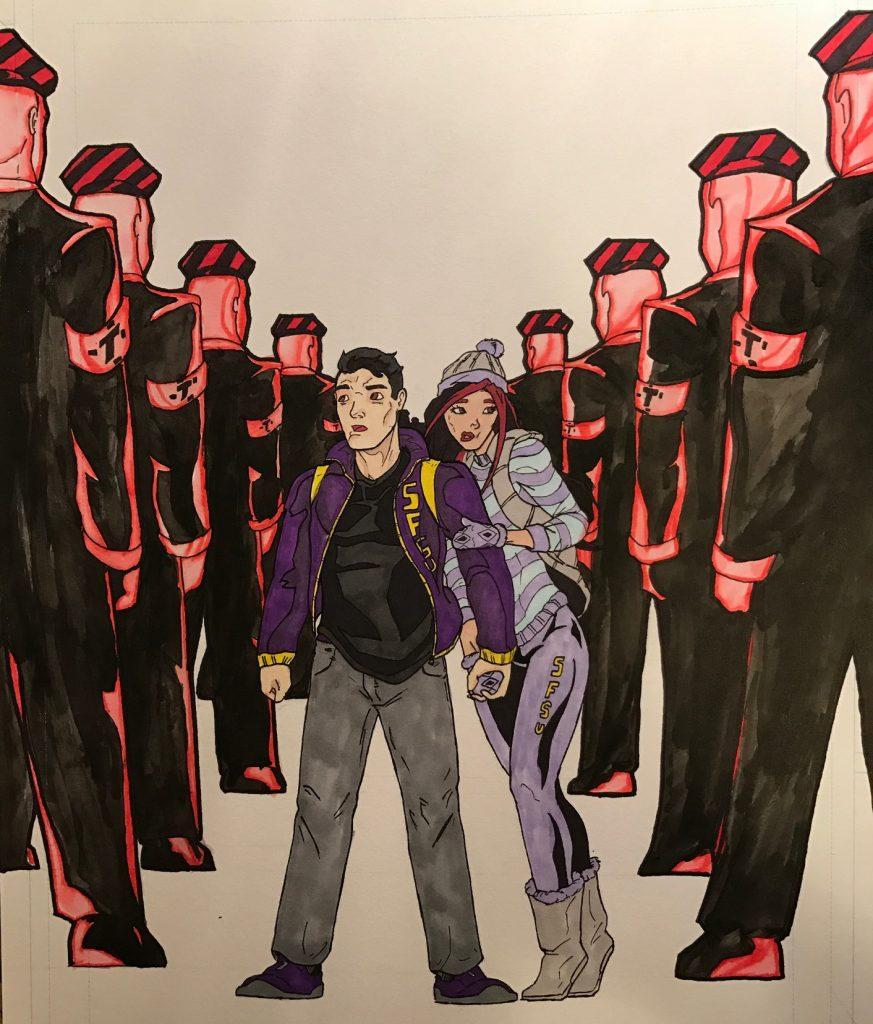 Greedy fat cats in wool suits and leather shoes seek to steal a woman’s freedom and claim it’s not her right to choose. No matter who or what you pray to, a man has no business telling a woman what to do with her body. “Congress shall make no law respecting an establishment of religion …” Amendment I: The Constitution of the United States.

As reported by CNN and BBC News, the tangerine tyrant’s executive action bans federal funding internationally to overseas organizations that not only perform abortions, but even if they simply distribute abortion information.

Speaker of the House Paul Ryan, Vice President Mike Pence, the newly appointed Secretary of Health and Human Services, Tom Price and the mango Mussolini himself can’t wait to dismantle the media and do away with free speech altogether. First on the agenda for this funky fecal foursome, however, is to snatch women’s access to reproductive health care, overturn Roe v. Wade, and forcibly thrust the church all up into the state — and 25 of the 50 U.S. states are totally into it.

According to a recent 50-state report from the National Abortion and Reproductive Rights Action League, “no state achieved a rating of ‘total access’ to reproductive health care, and access is ‘severely restricted’ in 26 states.” NARAL found 26 states passed more than 55 “anti-choice” laws in 2016, which were mostly bans on abortions, bans on abortion counseling and restrictions on research. The report also found “anti-choice” governors from 25 states, and (not so shockingly) Mississippi, Louisiana, and North and South Dakota have “trigger” bans in place, which will criminalize abortions if Roe v. Wade is ever overturned.

NARAL Pro-Choice America issued a press release January 17 where president of the nonprofit activist group, Ilyse Hogue, is quoted claiming 7-in-10 Americans think abortions should be legal, and declaring women’s “reproductive freedoms” and health care rights are in serious danger under the current administration. And I agree. It appears the GOP is strangling a woman’s right to choose, and the first amendment is now dancing with some fetus loving deity.

Any attempt to defund an organization like Planned Parenthood is nothing more than a misogynistic attack on women and their right to reproductive freedom. Now kindly please keep your religion on a leash and out of my government.