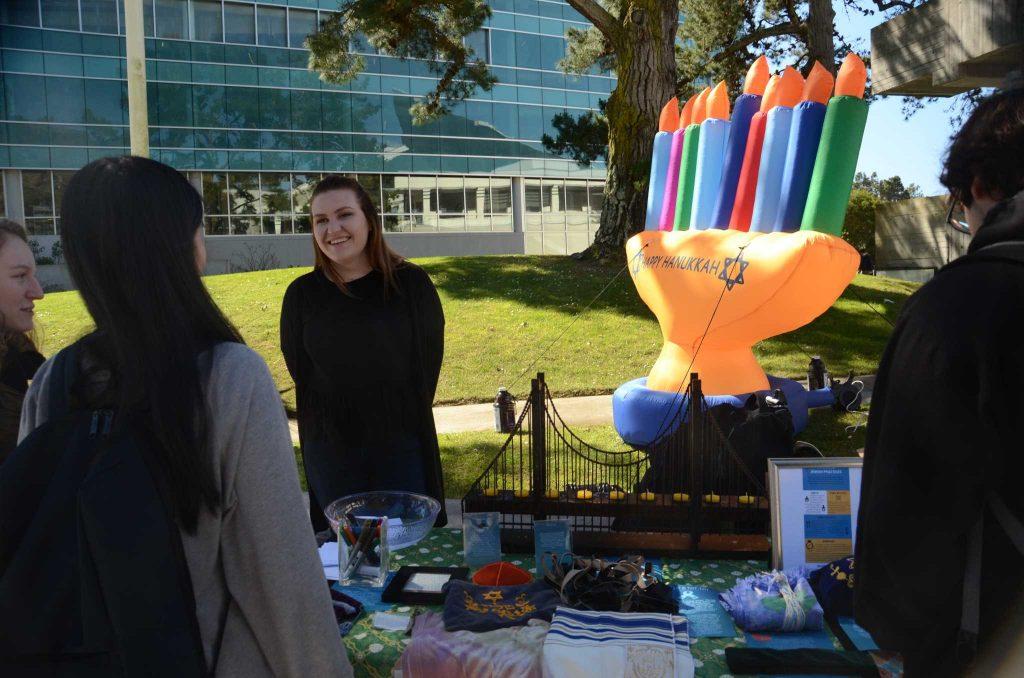 For the seventh year in a row, SF State welcomed and celebrated Jewish culture.

SF Hillel organizes the annual weeklong event to encourage student involvement and create an environment where people can learn about Judaism.

The last week of February is used to showcase the diversity of Jewish life around the world using interactive activities and featuring spokespeople from different organizations to share their stories and beliefs.

Sasha Joseph, SF Hillel’s student life coordinator, believes Jewish Culture Week at SF State is an important tradition because it allows Jewish students to show the rest of the campus community who they are and how they want to be perceived, and breaks down stereotypes of what Jews are supposed to look like.

“I think it’s really easy to brand Jews one way or another,” Joseph said. “We want to show that we are actually a spectrum and that we are also a rainbow.”

Special guests from organizations such as Interfaithfamily, Jimena and Global Jews and Keshet came to speak about the Jewish LGBTQ community, Jews of color and social justice.

“The goal of this week is really to bring awareness of our culture to the campus community,” Joseph said.

Each day of the event was based on a new focus: identity on Monday, values on Tuesday, practices on Wednesday and expression on Thursday. They held a silent disco, food tasting, create-your-own spice bag station, a ball pit and complimentary henna tattoos.

Chantel Baynai attended Tuesday’s event.  The kinesiology major was excited to try the different Jewish foods and get inked by a henna tattoo artist.

Jewish student Ben Gaster recently transferred to SF State this semester and enjoyed sharing his identity with new people. Gaster attended the event each day to speak to students about Judaism and his connection with the religion.

“I feel like everyone should be aware of all the different cultures involved on campus,” the communication studies major said. “Judaism is not all about religion, it’s about people getting together and learning how to co-exist with one another.”

Hillel International claims to be the largest Jewish campus organization in the world, with groups at more than 550 universities across the globe. Over 3,000 Jewish undergrads and graduate students study here in San Francisco.

“We always have different things going on, on and off campus, and you don’t even have to be Jewish to come,” Joseph said.