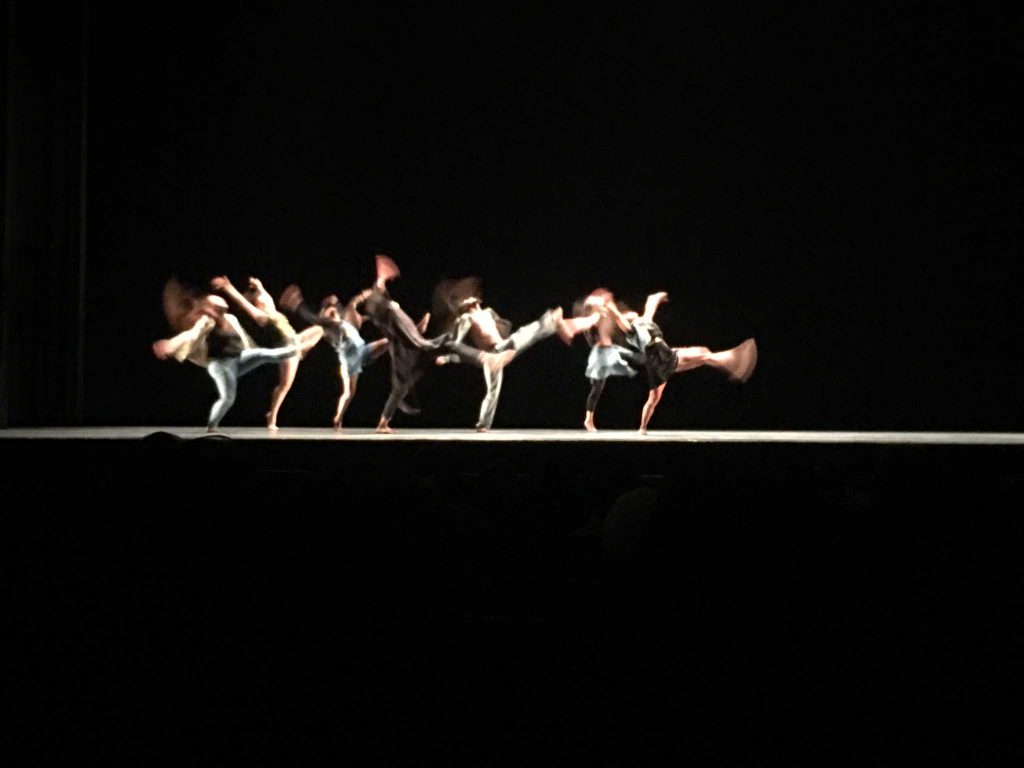 The School of Theatre and Dance showcased an originally choreographed performance that depicts feelings about current events in the United States.

The show, titled “Epoch,” symbolizes a distinctive period in time or in a person’s life. The performance organized by the University Dance Theatre was hosted in McKenna Theatre of the Creative Arts building March 2-5.

Along with guest choreographer Tanya Chianese, students and faculty worked together to bring their ideas and talent to the stage.

Chianese choreographed the last part of the seven-piece show, which incorporated almost all the dancers and addressed the concept of time — the way it speeds up and slows down, but never stops.

Each piece was meant to impact the audience and demonstrate issues affecting us all, ranging from the current state of affairs in America, female strength, black culture and strength in unity.

“I very much appreciate the diversity and relevancy of this show,” said student choreographer, Kassidy Friend. “As Nina Simone so aptly said, ‘Art must reflect the times.’”

Dancers and choreographers began rehearsing for the show in August, which featured seven original pieces by students, faculty and Chianese.

Choreographers had the opportunity to voice the issues most important to them and display them through visually movement, impacting the audience in a way that words cannot.

Bridgette Lott was the student choreographer for “With Reservations,” a piece on black culture and stigma in America.

“My favorite part about choreographing was the discussions about current events that led to movement discovery,” Lott said. Choreographers were given the chance to tell their story on the stage and the dancers helped bring the stories to life.

“I love putting all of my energy onto the stage to make the audience feel a particular way or understand the story I’m trying to tell,” said Jessica Bozzo, a dancer in the show. “And the feeling you get after you leave the stage, with your adrenaline pumping and sweat running down your face, it is beyond words.”

“Epoch” used dance to encourage audiences to explore meaningful issues sensually showing that there are many ways to make your voice heard and many paths to advocate for important issues.