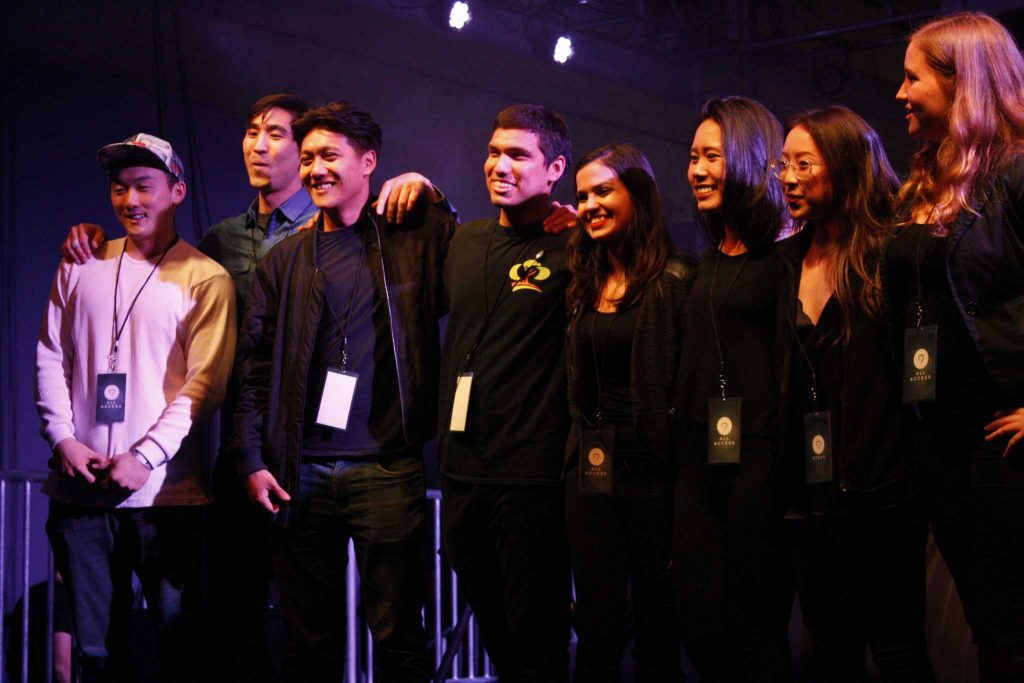 The Alpha Kappa Psi fraternity threw the largest event in the fraternity’s history on Friday, a benefit concert to help fund cancer research through City of Hope.

City of Hope is a nonprofit research center, graduate school and hospital, where Jason Adauto, vice president of services at Alpha Kappa Psi, spent his time when his best friend received treatment for leukemia.

After his friend died in 2012, Adauto came up with the idea of hosting an event to donate the revenues to City of Hope. Adauto was in his first year of college at the time.

“(The concert) will just spread over all about City of Hope and cancer research at the same time,” Adauto said.

Leukemia is a leading form of cancer among adolescents and young adults ages 15-39, according to the National Cancer Institute.

Darla Claypool, City of Hope director of corporate philanthropy, said that the research center’s mission “combines scientific innovation with human compassion, creating medical miracles in the fight against cancer and other life-threatening diseases.”

“We treat the whole person, not just the illness, by also giving each patient and their loved ones the spiritual and emotional support they need,” Claypool said.

The center’s website states that cancer drugs such as Avastin, Herceptin and Rituxan were created from technology pioneered by the center’s staff. The City of Hope in Duarte, California was ranked No. 20 in a U.S. News & World Report of adult cancer hospitals.

HeartBeats is the first major donation event the fraternity has held, but AKPsi has worked on other benefit projects.

The fraternity previously initiated the “Soap for Hope” project in which the service committee of the fraternity upcycles, meaning they create new products from old objects. According to the fraternity’s upcycling site, they produce soaps, candles and scrubs from leftover coffee grounds supplied by Peet’s Coffee & Tea on campus.

The small project led to the planning of the HeartBeats event. Adauto said he not only had the goal of raising awareness and donating to City of Hope, but also hoped the concert would build more rapport among students on campus.

During the marketing and planning for HeartBeats, Wong said he was reminded that cancer research provides hope and recognized that students have the capability to organize for a cause.

“We put this concert together not just to foster student life, but for showing the community it can organize everything in-house,” Wong said.

Bashir Habboub, a senior civil engineering student, said that he enjoyed the event and was happy to know his money was going to benefit cancer research.

“I wish we could just find a way to cure this disease (cancer) because I don’t want to see anyone else suffer,” Habboub said. “I’m really happy I contributed to such a great cause.”

Adauto said the fraternity intends to have annual events similar to the benefit concert in order to further donate to causes like cancer research in the future.

“It hasn’t been an easy process since it’s our first time, but it’s definitely been worth the whole ride,” Adauto said.