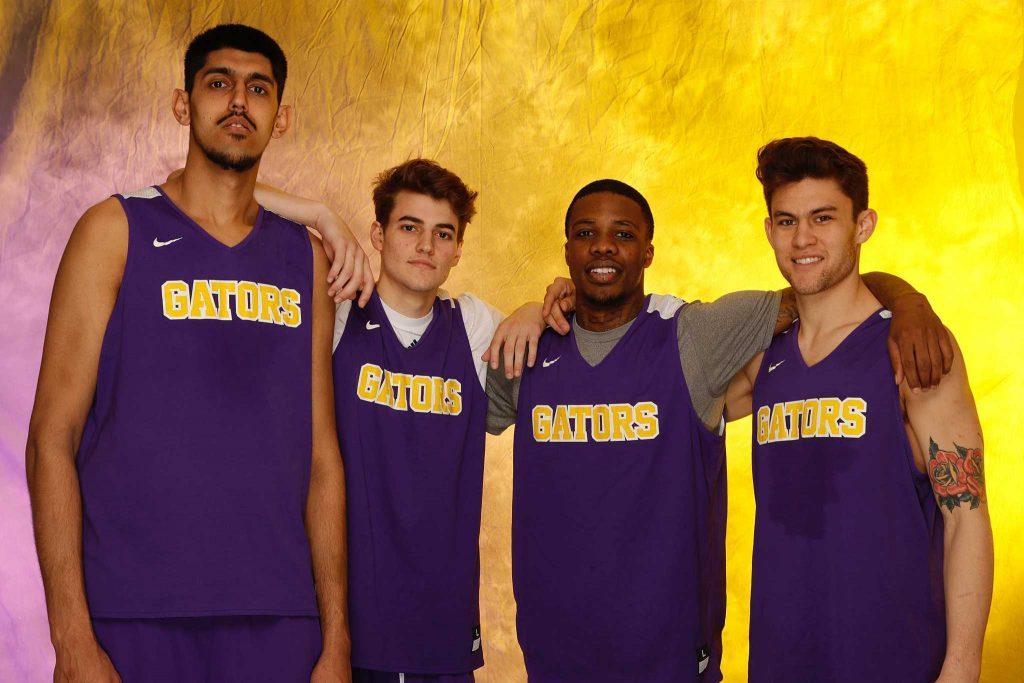 Although they fell short in the CCAA championship game against University of California, San Diego Saturday night, the Gators are having an extraordinary season. This point was highlighted this weekend when four players of this year’s men’s basketball team were named to the CCAA All Conference Team members. Junior and senior guards Warren Jackson and Coley Apsay made First Team, senior center AJ Kahlon made Second Team and senior guard/forward Nick Calcaterra earned Honorable Mention

At 25-5, the Gators are currently in the midst of their best season in SF State history. The team is ranked 19 nationally in Division II and preparing for their first NCAA tournament appearance since the 1993-1994 season. Seventh year head coach Paul Trevor won his 100th career game on Feb. 4 against Chico State, becoming the fastest coach in school history to win 100 games.

SF State is second in the CCAA in scoring and 3 point field goal percentage at 78.6 ppg and 39.6 percent respectively. The Gators’ explosive offense correlates to the efficient play on the perimeter from Jackson, Apsay and Calcaterra. Coaches and players on the team raved about the perimeter shooting and ball handling.

“Nick, Warren and I compliment each other’s games really well,” Apsay said. “When Warren drives, he sucks the defenders into the paint where he can then kick out the ball to us on the perimeter. We’re explosive together.”

The chemistry the three have developed on the perimeter makes the Gators dangerous on both ends. Not only can they score in bunches, but they also play aggressive defense, causing havoc in passing lanes and creating turnovers. Apsay currently leads the CCAA in steals per game at 2.4 while Jackson and Calcaterra rank in the top 10 with 1.6 steals per game each.

“On defense we play really well together because we have a great amount of trust in each other’s movements,” Calcaterra said. “I love playing with them.”

The Gators’ swarming perimeter defense would be nothing without the rim protection of AJ Kahlon. If an opposing player penetrates past a perimeter defender into the paint, it is Kahlon’s responsibility to contest the shot and make it difficult for the offensive player to score. Kahlon is excellent at his job, averaging nearly 1.8 blocks per game, third in the nation. It makes the backcourt players’ job easier if they know the big man behind them has their back if their opponent gets past them.

“AJ is our defensive anchor,” Trevor said. “He sets the tone for us defensively. He’s one of the reasons we’re one of the best defensive teams in the nation.”

SF State leads the conference in scoring margin at +11.1.

This is the first time in school history that SF State has had four players make the All-conference team. Assistant coach Vince Inglima made the All-Conference team as a guard for Sonoma State in 2006, ironically the team the Gators had to beat to get into the CCAA championship game against UC San Diego this past weekend. Inglima was the recruiter who brought Apsay and Jackson from their community colleges, and he has clearly built a bond with those players.

“When I came to SFSU he helped develop me and my teammates into the offensive force we are now,” Apsay said. “He’s become one of my greatest role models.”