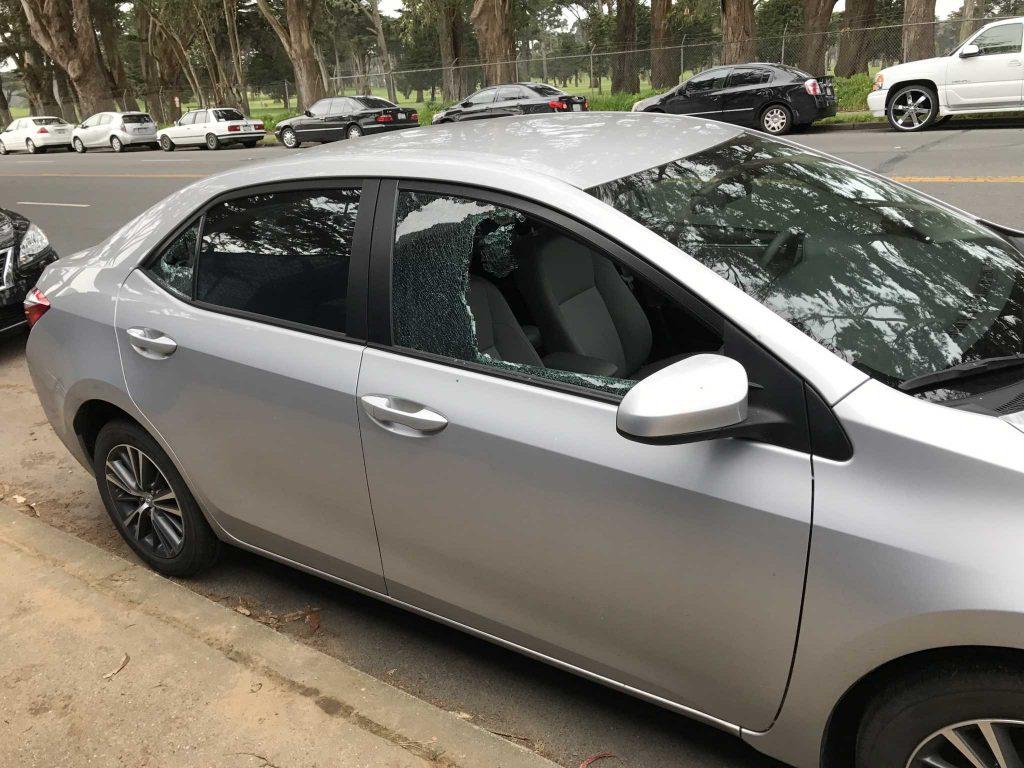 Three student’s cars were broken into Friday morning on Lake Merced Boulevard near the corner of Font Boulevard.

One incident break ins was reported to University Police Department 11:50 a.m., according to Sgt. Dave Rodriguez.

Communications major, Kyler Brown, said nothing was taken from his recently purchased bought his 2015 Nissan. According to Brown, the suspect(s) broke in from the small back window and tried to reach into the trunk. “They must have been scared and thought it had an alarm, and it doesn’t, I need to get one,” Brown said.

Journalism major, Ivan Corona, said he returned to where he parked his car Thursday night and noticed his passenger and back windows were smashed around 10:45 a.m Friday. The suspect(s) also reached into his glove compartment, which was opened when he found his car.

The third vehicle was parked only a couple cars down from where Brown’s and Corona’s vehicles were located. San Francisco Police Department will be investigating these incidents since the vehicles were technically parked off campus grounds, said Rodriguez.

No information regarding the suspects was available at the time of this publication.