Pitching variance in baseball and softball 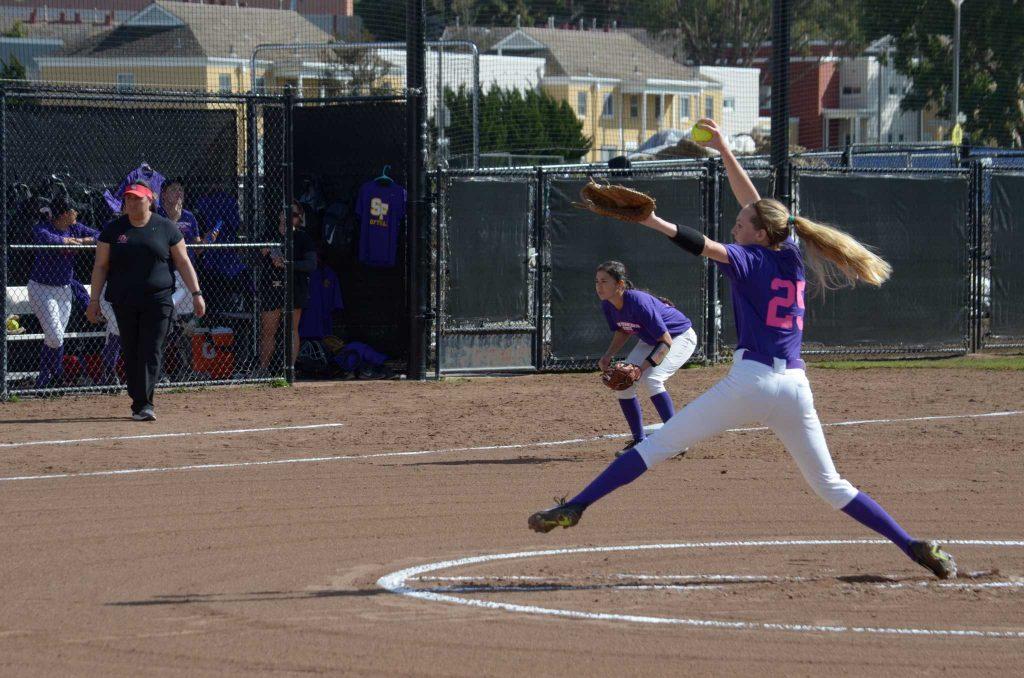 Although similar in concept, baseball and softball differ when it comes to one of the most important aspects of the game — pitching.

Baseball became recognized as an official sport in the 1840s and since then has taken the athletic world by storm, becoming one of America’s favorite pastimes. A key part of the game is pitching and delivery.

Although there is no official rule in baseball requiring a pitcher to deliver a ball overhand, pitchers go into a stretch mostly overhand and with different grips, with the goal of getting out of an inning by either a strikeout or fielding out. Compared to softball, which has an underhand delivery, baseball’s overhand delivery is a trademark of the sport.

According to RulesOfSport, “In baseball, the pitch is almost always done overhand or sidearm. We say ‘almost always’ because there is nothing in the rules stopping a baseball pitcher throwing underhand. It is almost unheard of though, because pitching overarm or sidearm enables the pitcher to throw with a lot more power and speed.”

Softball became an organized in 1887 as an indoor sport. It was created to allow athletes  to play and practice through the different climates on any given day.

During the 1970s, softball and baseball were said to be equivalent sports, but softball became a woman’s sport because schools that hosted softball teams had the right to deny women to play baseball while softball was available.

Because it started indoors, there was no mound for a softball pitcher to play off of. Throwing from a flat surface for multiple pitches and innings at a time has the potential to damage an athlete’s arm, so the delivery became underhand.

Aside from the motion, both softball and baseball pitchers deliver from different distances and mounds. Baseball pitchers stand on a raised mound slanted towards home plate while softball pitchers are on flat ground with a white chalked circle known as the “pitching circle.”

As for distance, baseball pitchers throw from 60 feet 6 inches, and softball  players throw from 43 feet. Even though there is a 20-foot distance between the two pitching points, the velocity of each ball that passes the plate can be equivalent to one another. Because of the distance gap, a softball can reach home plate faster than a baseball.

Depending on the pitchers and type of pitch thrown, the speed of a 70-mph softball fastball could have the same outcome as a low 90-mph baseball fastball because of how the ball catches speed from each distance. In college softball, the average pitch can range from 59 to 64 mph, whereas in college baseball average speeds can range from 80 to 95 mph, contributing to its velocity.

Types of pitches for both sports are generally the same when it comes to the motion and spin of the ball. However, there are certain pitches that only one or the other can normally throw.

“The size and the density of the baseball and softball are a major factor but also the style of throwing,” said SF State pitcher Jordan Yrastorza. “Baseballs are smaller, making it easier to hold different types of grips and softballs are larger but are released from an underhand position.”

The main pitches in softball are the fastball, changeup, curveball, drop ball and a pitch called a rise ball, which is a movement baseball doesn’t typically see. In a rise ball a pitcher releases with a backspin giving the pitch an illusion that the ball is traveling upwards from an underhand delivery as it approaches the plate, when in reality the ball falls slower than any other pitch.

Baseball has three main pitch categories that include fastballs, breaking balls and changeups. Among the fastballs they have a four-seam, cutter, splitter and forkball. Three pitches In the fastball category alone are not common in softball.

A cutter’s movement breaks towards the pitcher’s glove side as it approaches home plate, it is straight for the most part and looks like a fastball to those batting. Because of the grip baseball pitchers use, it is rare for a softball pitcher to achieve the same break and movement.

Some pitches may also have different grips depending on the pitchers and the sports. Because a softball is bigger than a baseball, softball players have had to adjust their grips to get the same outcome.

At the end of the day baseball and softball are played with generally the same rules and goals. Despite having a difference when it comes to their pitching styles, distances and types of pitches, it still comes down to the game itself and what an athlete will do with their talents.