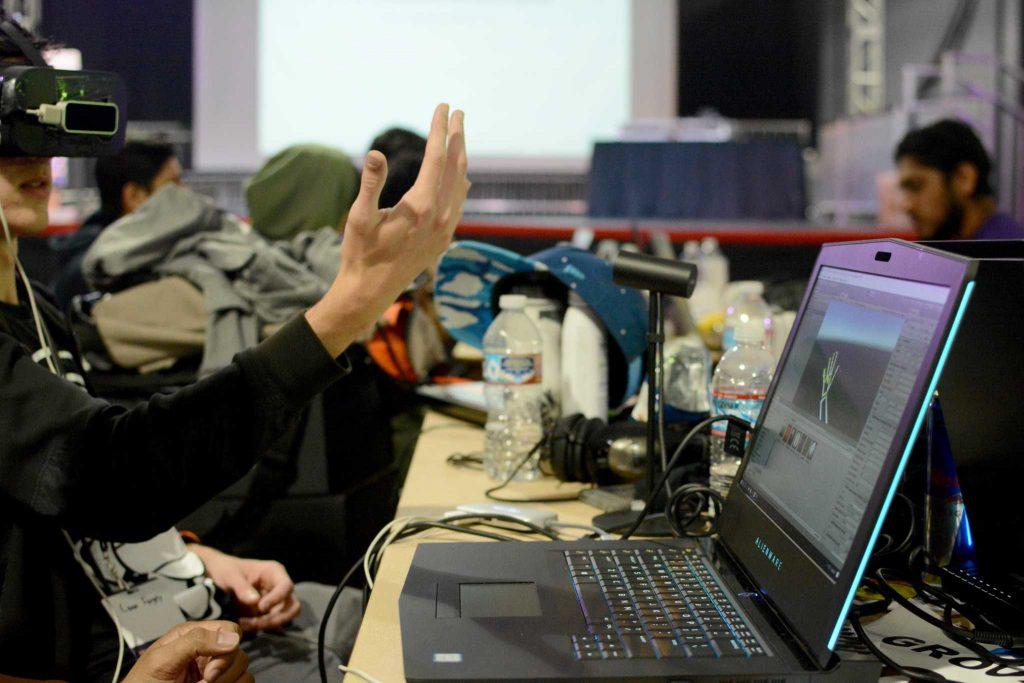 Hundreds of students gathered at the Annex at SF State to participate in the first-ever SF Hacks on Saturday, March 19 in San Francisco, Calif. (Aaron Levy-Wolins/Xpress)

The long bunker-shaped building was filled with sounds of boisterous chatter and clicking keyboards as students implemented code. Computers were strewn amid headphones and virtual reality headset-wearing students working late into the night. The sleep-deprived techies fueled up on energy drinks and water in an attempt to push through the 24-hour hackathon.

Roughly 350 students came from places near and far, some from San Francisco and others traveling internationally, to participate in SF Hacks, the first ever held at SF State.

Interactive Component – Hover or click on portraits to learn more about each hackathon team: 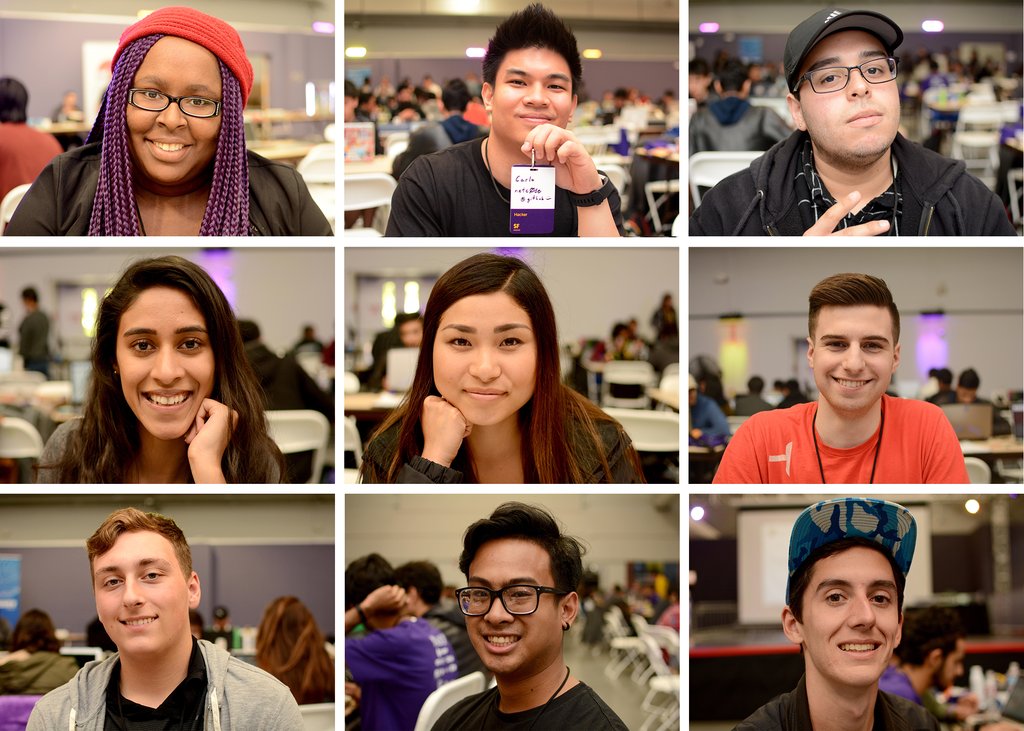 Held in the Annex, students arrived at 9:30 a.m. Saturday to check in and set up their teams.

At 11:30 a.m., the opening ceremony began with tech company representatives and event sponsors welcoming the participants to the hackathon.

After a pizza lunch, the teams dove into their projects. Some students, stranded without teams, entered a team-building conference and formed new ones.

Workshops were held throughout the day with topics ranging from iOS app development to the science behind Bitcoin trading.

Students worked steadily, chatting among themselves and snacking on chips, energy bars and organic yogurt cups.

SF Hacks was the brainchild of the SF State-based student organization INCUBED and its members put in the effort to host the event.

“INCUBED is a student-run organization that fosters startups and entrepreneurship,” said Tony Chen, INCUBED treasurer and outreach manager. “We are working to be the first and only student incubator, student-run incubator at SF [State], similar to Y-Coordinator at Stanford and many other incubator projects around, especially [in] Silicon Valley.”

“It just brings people together,” said Paje. “Even people who don’t create a project, it’s like a small community.

He mentioned seeing a group of SF State students who were in the same computer science class but had never spoken to each other, who formed a group while waiting in line during the morning check-in.

“You know, when you’re in a room of like awesome people, it’s really inspiring and makes you want to be better,” said Paje.