Another Oakland fire leaves three dead and one missing 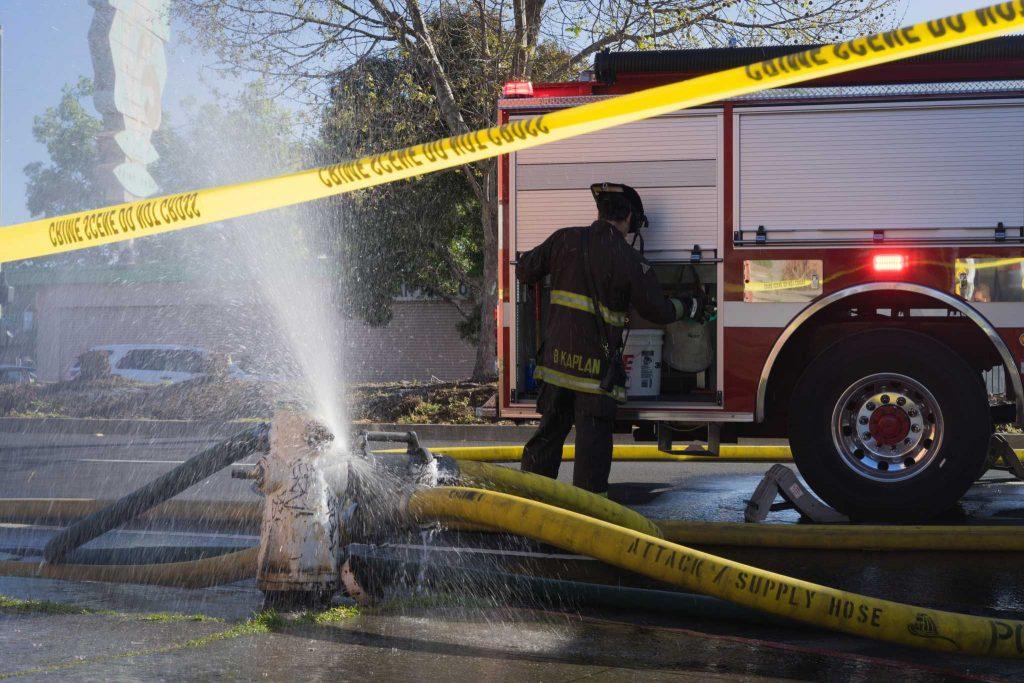 A firefighter works on the scene of an apartment fire in West Oakland on San Pablo and Mead Ave. on Monday, March 27, 2017 (Sarahbeth Maney/Xpress).

Residents woke up to a fatal fire in West Oakland that broke out at 4 a.m. Monday morning.

Firefighters responded to the three-story transitional housing center at 2551 San Pablo Avenue, home to 50 to 60 residents.

The Red Cross Foundation set up tables at Auto Zone on 27th and West streets in order to care for residents. Breakfast foods, blankets, clothing and medical attention were offered to fire victims.

According to the latest reports by NBC Bay Area, three fire victims have died and one is still unaccounted for.