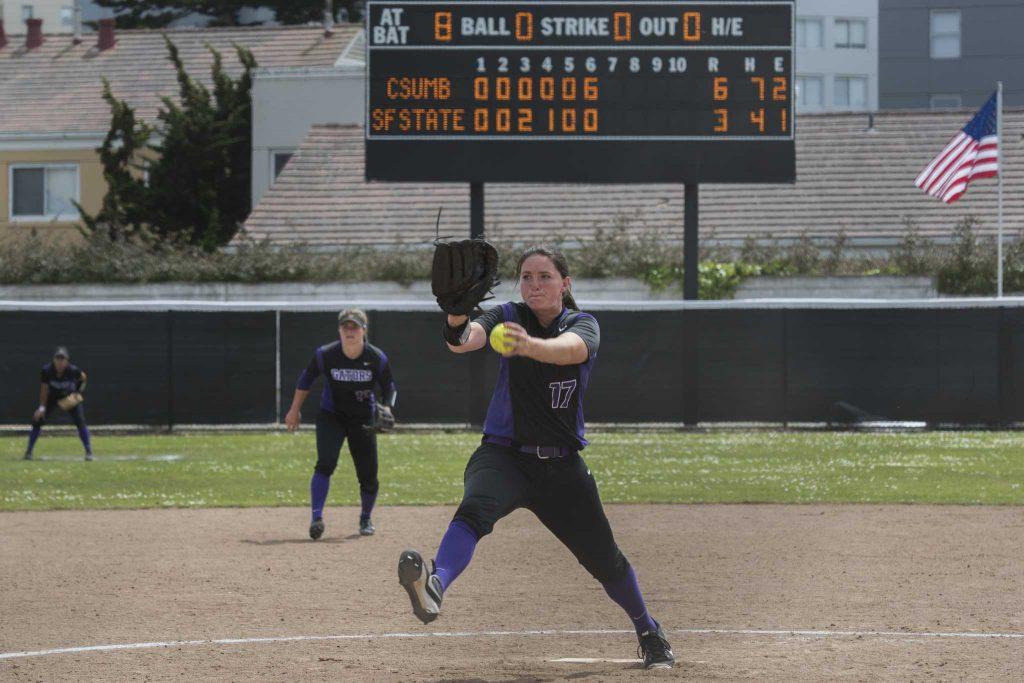 The SF State’s women’s softball team came out pumped up for Senior Day, but the excitement died down as the Gators ended up losing to California State University, Monterey Bay 3-6 at home on Saturday, April 15.

The reluctancy by head coach Lisa McKinney to proceed with a pitching change proved to be costly as senior pitcher Megan Clark gave up 6 runs on 6 hits in the sixth inning.

Clark finished with four strikeouts and looked dominant for five innings, but she said the Otters have always gotten the best of the Gators throughout her time at SF State.

“They’re a really good hitting team,” Clark said. “A lot of touch and go (bunts) but I believe we’ll learn from that and how to play the balls.”

Alexis Mattos hit a RBI double in the bottom of the 3rd inning with a bullet shot ricocheting off of Otter infielder Julia Garcia, allowing Alexis Konstantino to score the first run of the game.

Mattos later scored after stealing third base and on a balk and the Gators were up two after three innings.

The 6th inning proved to be fatal for the Gators and McKinney said the team needs improve overall.

“We need to continue hitting the other opponents pitches hard, make adjustments and continue playing strong defense,” she said.

In the finale game of the series against the Otters, the Gators lost 3-6.

Mattos admitted her team was not 100 percent in the game.

“I felt like we tried to mentally get in it before the game, but then when game-time came they just kept putting runs on the board and we couldn’t do anything to get back at them,” she said.

The Otters scored first in the first inning and proceeded to add two more runs in the third off of Aryn Guzman.

Moving forward the Otters tagged on three more runs to further their lead 6-0, putting a damper on the Gators’ celebratory Senior Day.

SF State scored three runs in the final inning to close, but it proved too little too late as the Otters once again overcame the Gators on their home turf.