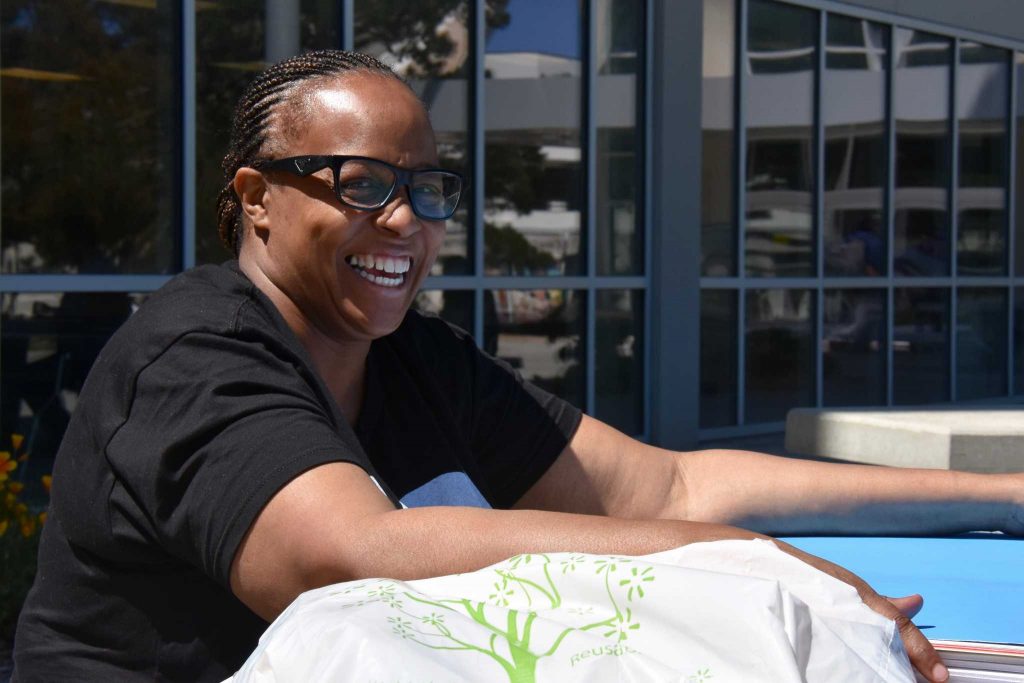 Members of Refuse Fascism made signs at SF State in preparation of the People’s Climate March that will be held on Saturday.

Students were encouraged to get involved and make signs that will be used in the march at the Lake Merritt Amphitheater, promoting a U.S. without fascism and ending climate change.

The San Francisco Bay Area chapter of Refuse Fascism is made up of 20 people including Crystal Lewis from Marin County.

According to Lewis, the group often holds teach-ins at universities and schools around the Bay Area and live stream events that broadcast around the country.

The 19-year-old SF State student does not support Trump and is not afraid to say what she thinks both online and offline.

“Being on social media and saying what’s on your mind is still really important and does help just getting your word out,” Martir said. “Not just for other people to read and get inspired, but also for yourself because I know it just feels really good to express yourself. But I think going out and connecting with other people is a step further.”

Scott Wong has been an active member of Refuse Fascism since January and despite being in his late 60s, he is still out in the community fighting hard for his beliefs.

“I’m over 65. I’m coming out every day…and you know why?” Wong said. “Why don’t I just enjoy my time and sit back and have a cup of coffee? I’m out here and everywhere to let people know  I’m doing this for humanity.”

Being a Chinese immigrant himself, Wong feels passionate about fighting against Trump’s anti-immigrant rhetoric and wants others to see what is really happening.

“A tsunami is coming—better look out for the tsunami and help get everyone to a safer place— but people don’t want to see it,” Wong said.

The People’s Climate March will be held at 12 p.m. on Saturday at the Lake Merritt Amphitheatre in Oakland.

“All of this affects us, so I think it’s really important to be aware about what’s happening in the world,” Martir said. “Because we are not being more aware,we are giving away our own power that we don’t even know we have.”