Me, myself and Coachella 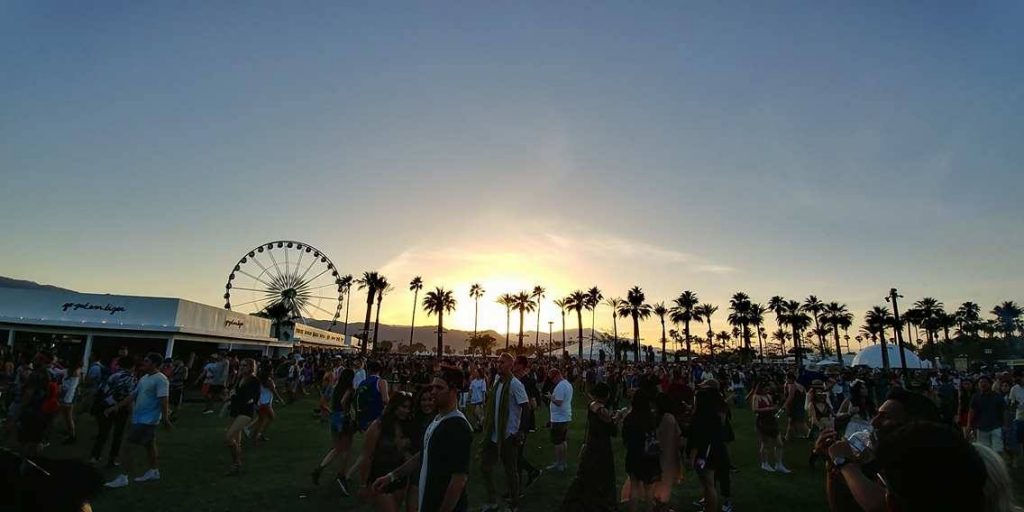 Going to Coachella was a last-second decision. The best sorts of adventures start that way. You don’t plan out challenging or memorable moments, they plan you. Like a perfect storm I got the days off, bought a ticket and hopped into a friend’s car.

Part of the thrill of Coachella seems to be how impulsive festival goers treat it. So many people choose to go who can’t afford the ticket or the time off. They have no idea what to expect and yet approximately 125,000 people pack up and head down to be part of it.

I chose to go to Coachella by myself this year and ended up alone. Plans fell through, and except for the friends I met up with during the day, I was on my own. This was my first year at the festival.

Whether the idea of going to something like Coachella alone excites, interests or fills you with dread, I can’t recommend it enough. The people, the music and the freedom you get to experience when you’re alone makes for a powerful and almost spiritual weekend.

There’s a beautiful slice of human nature on display at the empire polo club fields in Indio. Society tells us to be wary of others: don’t talk to strangers, people can be dangerous and only care about themselves.

However, “Coachellians” reject cynics and instead lean on the harmony between one another that seems to come with attending a music festival. At Coachella, everybody is a friend.

Miguel, Jay, Lauren, Alessandra, Joe, Britney and Lionel are some of the people I met there. If I had spent the weekend with my closest friends, I may never have been introduced to such new, interesting people.

Attendees were willing to have conversations with strangers and share each other’s stories. Road trip chicks from Australia hung out with jubilant jocks who once played for the San Jose SaberCats, a former professional arena football team. Movie stars from the United Kingdom shared tents with high school seniors on spring break. Everyone escaped their regularly scheduled lives at the “millennial Mecca” that is Coachella.

Going by myself gave me the freedom to sneak through hot and sweaty crowds with infinitely more ease than with a group of 10 or even five could — making it easier to meander from show to show at my leisure.

I was able make it to the front of the stage several times and once I was there, it was always easy to make friends around me and even offer them a sip of water.

Coachella became my world. A lot of groups that attend inevitably end up as Coachella tourists. They enjoy just a taste of what the festival is offering. They get in some solid rest and relaxation and then head back home.

Despite the hot and crowded atmosphere, going solo gave me the benefit of an unfiltered experience than what tourist groups experience. I felt like I belonged while walking those fields all by myself. For that weekend, Coachella was my home.