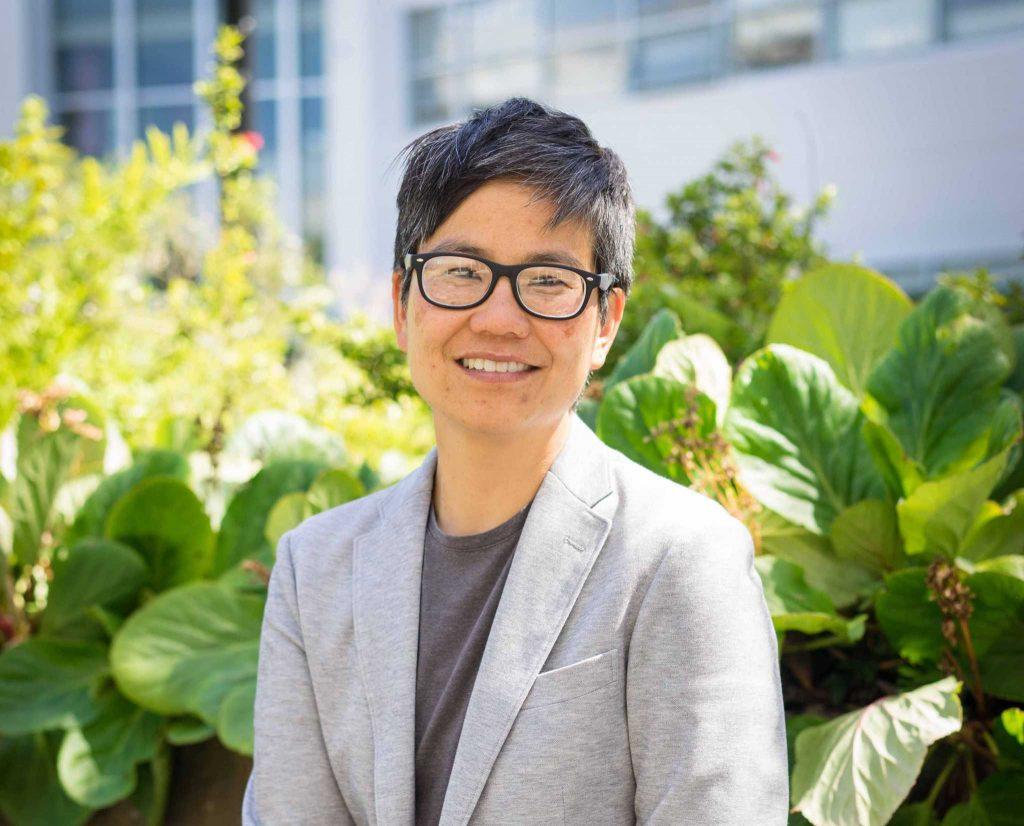 Dr. Sueyoshi poses for a portrait near the Ethnic Studies and Psychology building at SF State on Tuesday, May 2, 2017 (Sarahbeth Maney/Xpress)

As a grand marshal selected by the San Francisco Pride Board of Directors, Sueyoshi welcomes the opportunity to highlight values and ideas that don’t typically have much of a “platform or visibility.”

“If you think about queers of color or queer Asian Americans or even queer ethnic studies within the College of Ethnic Studies, these are all the things that are super important to me, which I feel like may not have visibility in the ways that other topics do,” Sueyoshi said. “I see it as a platform for us to kind of really put forth sort of the things that we value.”

Sueyoshi began as an assistant professor at SF State in 2002 and focused her teaching on topics she was passionate about, such as Asian American studies and sexuality studies in the College of Ethnic Studies. She has served as an associate dean in the department since 2012 and finds it rewarding to support faculty and provide curriculum guidance according to Sueyoshi.

Jari Bradley, ethnic studies graduate student and library assistant at Richard Oakes Multicultural Center in the Cesar Chavez Student Center, feels ecstatic that Sueyoshi will have a role in the parade and sees it is a “phenomenal opportunity.”

“She has been a huge resource to grad students such as myself, especially for students who identify as LGBTQ,” Bradley said. “I don’t know where I would be in my academic career as a graduate student here without her support.”

Sueyoshi has written two books and her most recent work titled “Sex Acts: Gender and Sexual Freedom and the Birth of American ‘Oriental’” will being released next year.

She is also involved in an organization called Asian Pacific Islander Queer Women & Transgender Community, a queer and ethnic studies initiative in the College of Ethnic Studies, and is currently working with another curator on an GLBT Historical Society Museum exhibit for that will showcase historical significance and connections of queers of color.

“I am so delighted that she was recognized for her efforts in the LGBT community,” said Grace J. Yoo, Asian American studies department professor and chair. “She’s given a lot to the LGBT communities with all the work that she does in her research and her service. She’s a mentor to many of our queer students here on this campus, a mentor to colleagues.”