“Life After Life” documentary shows brighter side of success after prison 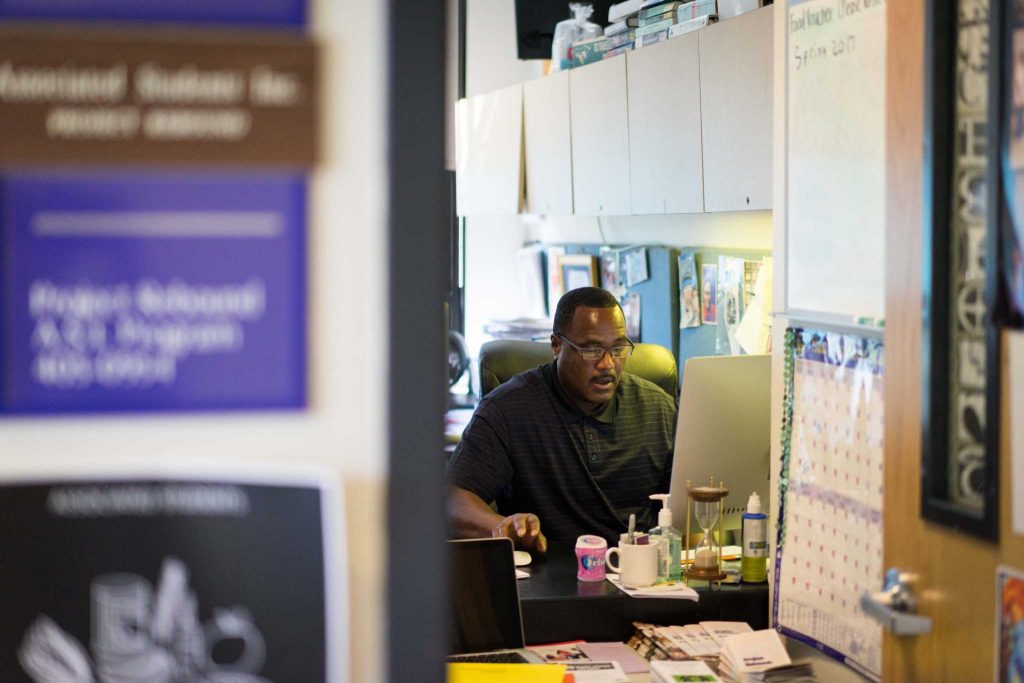 Curtis Penn, director of Project Rebound, works on his computer in Cesar Chavez T-161 at SF State on Monday, May 8, 2017 (Sarahbeth Maney/Xpress).

SF State’s Project Rebound program and Documentary Film Institute are set to host a screening and panel for “Life After Life,” a documentary that aims to enforce the importance of education and foster a better understanding of those formerly incarcerated.

The documentary is centered around the stories of three men who return home after being incarcerated at San Quentin State Prison for many years, and the struggles they face in trying to aim for success. According to Perkins, the film focuses on the trauma the men and their families endure, as well as their journey to overcome, succeed and be active leaders in their community.

[/media-credit] Photo collage in the Project Rebound office in Cesar Chavez T-161 at SF State on Monday, May 8, 2017 (Sarahbeth Maney/Xpress).

Interim director of Project Rebound, Curtis Penn, hopes this event will help people understand how important education is and how it can transform people’s lives, just as it did for one of the men in the film, Harrison Seuga.

According to Penn, Seuga is an SF State and Project Rebound alumni who graduated in 2013 with a degree in sociology and currently works as a re-entry director at Asian Prisoners Support Committee, a non-profit organization in Oakland.

“I got a chance to work with him a bit while I was teaching yoga and also when I was making the film,” Perkins said. “Unfortunately he passed away. He was someone who has been incarcerated in the 50s. He found education and went all the way with it and he was a professor — he wrote, I think, eight books at least.”

According to the documentary’s viewing guide, approximately 7 million people in the U.S. have faced some form of criminal justice supervision since 2012 and incarceration has failed to reduce certain kinds of crimes such as drug-related offenses.

Jason Bell, Project Rebound regional director, was a Rebound student himself and through the program he received his masters in counseling at SF State in 2011. He thinks it is sad that mainstream media circulates negative messages about people formerly incarcerated and tend to overlook success stories like those who have graduated with scholarships.

“I came through Project Rebound; I was a Rebound student,” said Jared Walker, Project Rebound data specialist. “I know that struggle of having been incarcerated and wanting to get back and have some success in life … if you can turn that negative into a positive and achieve something big like getting a degree, that means a lot to folks – that means a lot to me to be able to help them do it.”