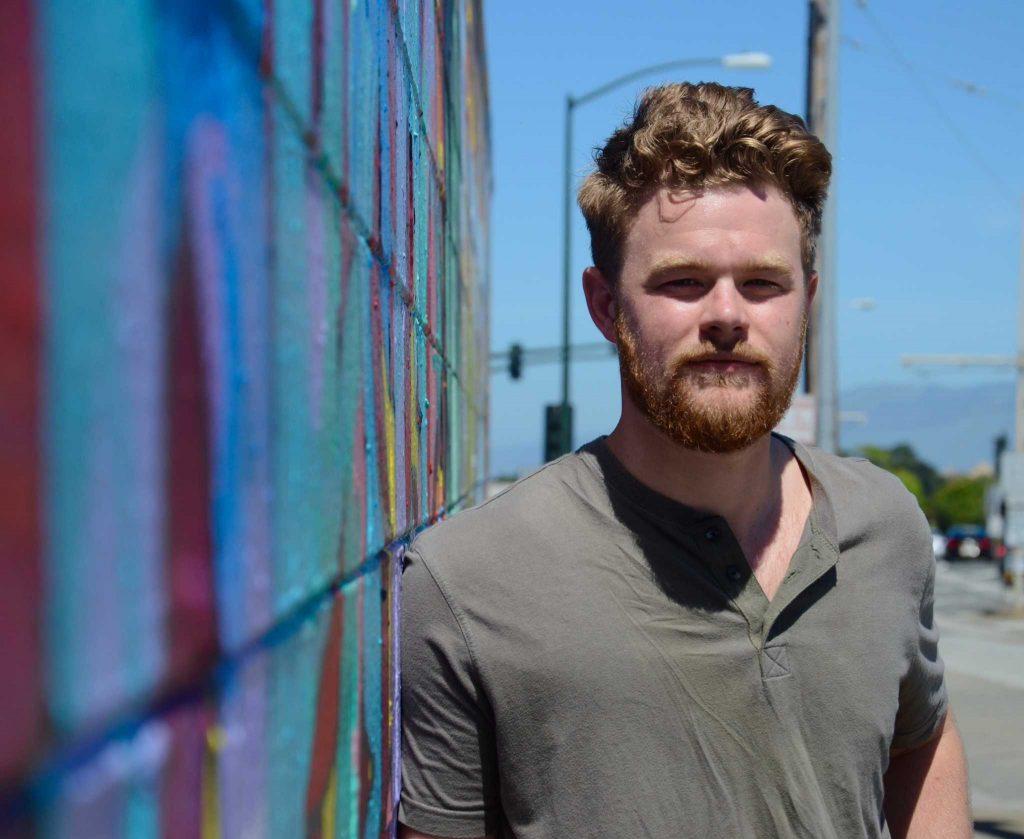 BECA student Shane Murphy stands on the corner of Randolph Street and 19th Avenue, where he filmed his interactive movie, "Sirens," in San Francisco Calif. on May 2, 2017.

One award-winning SF State student is making waves in the film industry with the use of interactive technology.

Broadcasting and electronic communication art major Shane Murphy debuted his innovative short film, “Sirens,” on YouTube this week. The story of two brothers trying to survive the “hood” in San Francisco’s Ingleside District uses the TimePlay app to bring interactive qualities to the piece, something often seen in video games but not yet in films, according to Murphy.

Murphy, the film’s director, editor and producer, said at first glance the storyline seems to focus on police brutality but its core explores the relationship between two brothers.

“I wanted to show the humanity of political subjects through something that is really easy to understand,” Murphy said.

The viewers are given a series of three separate choices throughout the film that direct the protagonist’s path, each presenting two different options such as “take the gun” or “don’t take the gun”. Murphy said the film offers eight different possible endings.

Murphy learned of TimePlay through a networking event for students in Los Angeles in October. It was there The Society of Motion Pictures and Television Engineers advertised $5,000 grants to students who created films with TimePlay.

Murphy submitted a proposal in November and was notified in December that he was one of three finalists awarded the grant. He began filming for the project at the end of January.

The three final films were shown at CinemaCon in Las Vegas in March, where Murphy took home first place and an additional $5,000 in prize money.

Murphy said he would like to take the prize money to work on other “new media” projects and expand the market, but most of the prize money will likely go toward paying his cast of around 25 people.

“I can’t thank them enough because they really did put in a lot of work,” Murphy said. “It seemed like every hour of every day.”

Murphy said the film took about two months of full-time work to complete from concept to execution.

“I don’t think this is his last award; he has more coming,” said Dawayne Jordan, 24, one of the film’s main characters. “I can see the intelligence in this guy.”

“Shane is the man,” Tatum said. “This could have been a lot smaller, but he is a very ambitious guy and was able to pull everyone together.”

Tatum said he has always wanted to see movies incorporate an interactive component similar to that of “Sirens.”

“Getting the audience involved is a whole different experience,” Tatum added.

Cinema student Cameron Cabral said the interactive component of the film is something he would like to see more of.

“It really got my attention and made me pay closer attention to the story,” Cabral said.

The full film can currently only be viewed on a desktop computer, but Murphy and his team are working on updates that will make the film accessible to phone viewers.

Murphy explained that one of the challenges they are running into is the lack of hosting sites tailored for this type of media.

“Interactive media is the direction content is heading,” Murphy said. “Filmmakers like myself need a way to host and distribute that content without losing (viewers) because of the interface.”