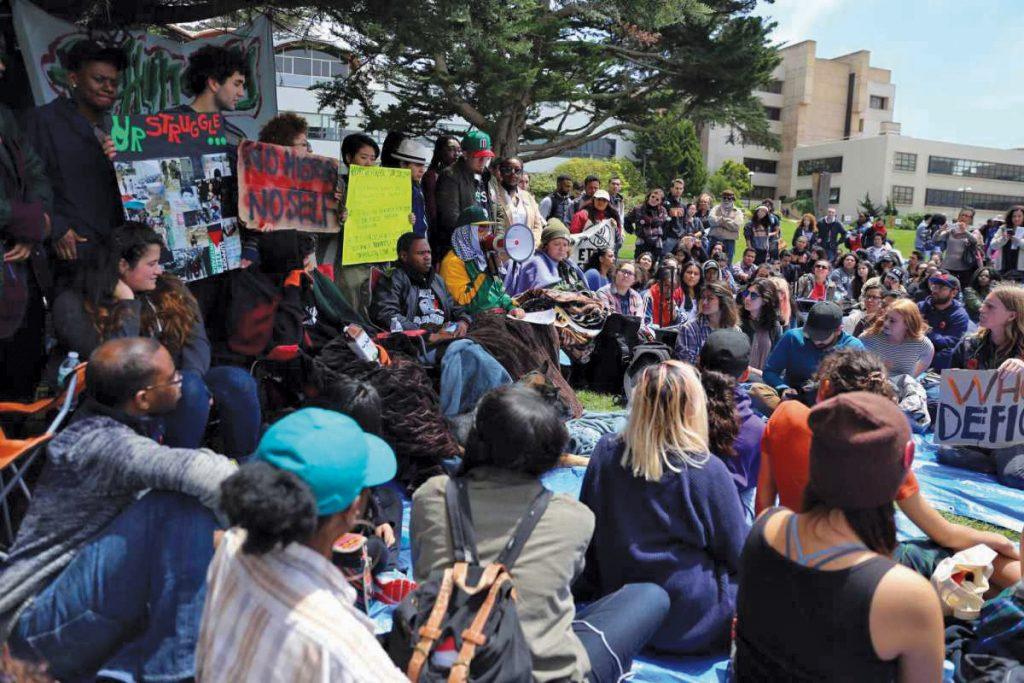 Some faculty and students within College of Ethnic Studies (COES) are upset at President Leslie E. Wong for not fulfilling demands he promised the COES after the protest from May of last year.

Wong signed a contract with the four hunger strikers of the Third World Liberation Front (TWLF2016), where he compiled a list of demands he promised to the department in order to stop the protest, but since then, has made little progress in completing them.

Wong has fulfilled the demand of creating the Black Unity Center but other pressing issues have yet to be resolved, including the COES budget.

Last Wednesday, the Dean of the College of Ethnic Studies sued SF State. In his lawsuit, he claims that Wong blamed him for budget deficiencies and student activism for his participation in the COES strike.

If the allegations against him are true, President Leslie E. Wong and the University would be going against one of the demands in the contract.

The demand states, “SF State affirms that it does not intend to take disciplinary action against any students, staff, faculty or administrators who have taken part in protest and advocacy efforts specifically for their participation in these activities.”

According to Jason Ferreira, the chair of the department of race and resistance studies, “the administration has done absolutely nothing for the College.  The neglect is stunning.”

The University was promised permanent funding to solve the COES budget crisis, but instead was given a one-time payment from an emergency fund, according to the post-hunger-strike contract.

Additional funding for Pacific Islander (PI) studies courses was also promised in the contract, but according to Ferreira, the Race and Resistance Studies was compelled to use their own funding to pay for courses instead.

Ferreira said the COES had to give up offering one of their own courses in order to fund PI courses, but understood that it was necessary to cater to all of the students within the COES particularly those Pacific Islander students who called for PI Studies.

“You don’t fund something by asking other programs to fund them for you,” said Ferreira.

COES was also promised two full-time faculty members for Arab & Muslim Ethnicities and Diasporas Studies (AMED), but Ferreira states that the administration has failed to communicate when the process of hiring will begin.

The University’s budget from the years 2006-2016 states that the COES has not had any new hires in 10 years.

“All of the hires right now are a result of former professors dying, retiring or taking jobs somewhere else,” said Ferreira.  “For someone who claims to take pride in and support the advancement of Ethnic Studies on campus, it is curious how little concrete efforts have been made by this President.”

A Task Force that was planned to include staff, students, faculty and administrators was to be created in order to monitor the progress of the demands but, 16 months later, according to Ferria  there has been no communication as to when it will be made.

That being said, another demand from the contract included frequent meetings between Wong and the COES, but the last meeting was in 2016.

“The last time I met with him [Wong] was early September 2016. During that meeting between the College of Ethnic Studies Chairs Council and himself and his Presidential Cabinet he unbelievably suggested that we make it clear to the media that it was Monteiro’s fault and not the University’s fault for why students went on hunger strike,” Ferreira said. “He wanted us to say it was Monteiro’s false narrative and not the historically disproportionate budget cuts we’ve suffered in the College of Ethnic Studies.  I and the others refused because  we knew that wasn’t true.  He was asking us to basically lie.”

Julia Retzlaff, a cinema major and one of the hunger strikers who signed off this contract, said she felt that the University does not care about the college of the department.

“Not as just a hunger striker, but as a student of the department, what is extremely concerning and also makes me furious is the general lack of follow-up on these critical demands, it’s like a slap in the face,” said Retzlaff. “I feel that the administration of COES is failing its most at-risk students and it’s failing the faculty that are putting themselves on the line.”

“Taking these classes [ethnic studies courses] is an act of resistance and it empowers students who have been marginalized by this system,” said Retzlaff.

Juana Guerra Becerra, a latino/a studies major, says that courses that she was planning to take to graduate are no longer offered.

“I wanted to be part of an institution who made history by creating the Ethnic studies department, but instead I entered an institution ready to erase such history.”

According to Ferreira the department continues to show high graduation rates among students despite fiscal repercussions and proper compensation to these results.