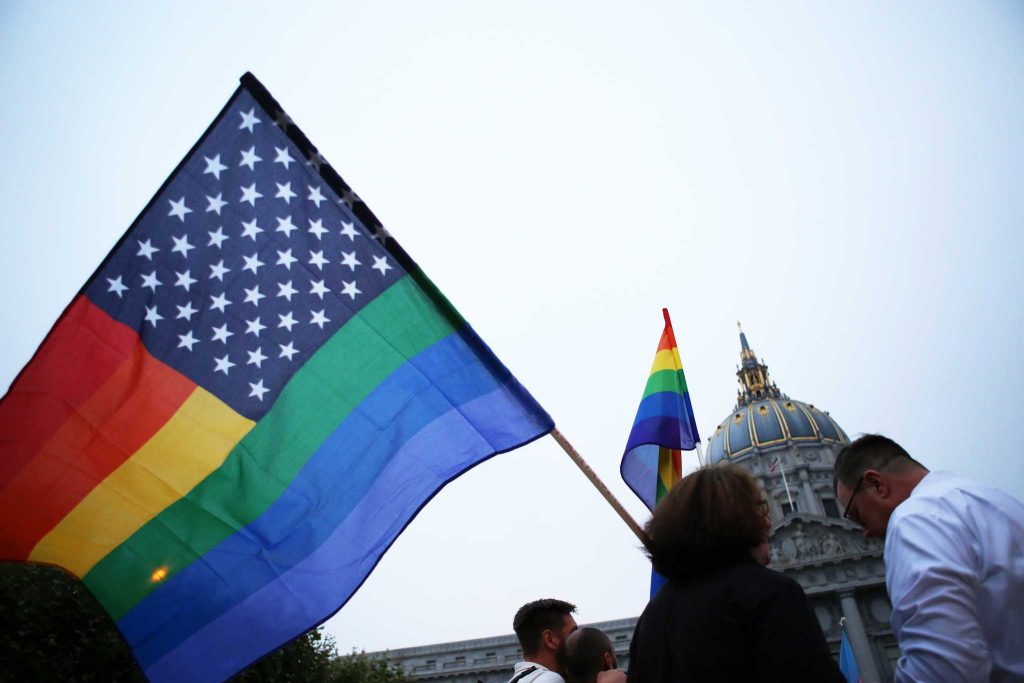 It was supposed to be one of the typical errands to run before a wedding — buy the wedding cake. Now, five years later, the idea of such a wedding cake led to a Supreme Court showdown, after a Colorado baker refused to create a cake for a same-sex couple’s marriage.

In 2012, Charlie Craig and David Mullins went to Jack Phillips’ cake store, Masterpiece Cakeshop, in Lakewood, Colorado and asked him to create and design a cake for their wedding reception. Phillips declined the couple’s request, saying it violated his religious beliefs.

Subsequently, Craig and Mullins filed charges of discrimination on the basis of sexual orientation under the Colorado anti-discrimination Act (CADA).

Lower courts and the Colorado Court of Appeals affirmed the couple’s allegations. Phillips appealed, and the Supreme Court will hear the case this fall, marking one of the most important cases this term.

But now, the Trump Administration filed an amicus brief with the Supreme Court, urging the court to side with Phillips.

“I’m worried that it is going to the Supreme Court (because) if the Supreme Court sides with (Phillips), that means that a lot other states can pass discriminatory legislation toward LGBTQ,”  said Chloe Recollon, a SF State psychology major and director of the queer alliance at the university in a phone interview. “We’re human beings; we should be above this but we’re not. We just got these rights but institutionally it’s still a big problem.”

For LGBTQ rights advocates, the Trump administration’s decision to side with Phillips is another letdown after President Trump, weeks earlier, announced a ban of transgender people from the U.S. military.

“A custom wedding cake is a form of expression, whether pure speech or the product of expressive conduct …” the brief adds. “Forcing Phillips to create expression for and participate in a ceremony that violates his sincerely held religious beliefs invades his First Amendment rights …”

So far, Mullins and Craig have won in the courts, including the Colorado Rights Commission, which also ordered Phillips to create wedding cakes that celebrate same-sex marriages if he still designed cakes for opposite-sex ceremonies. The Colorado Court of Appeals affirmed the commission’s decision.

According to an August news release by the Alliance Defending Freedom, a non-profit organization representing Phillips, Phillips regularly declined to create cakes “for events that violate his convictions, including Halloween cakes, anti-American cakes, adult-themed cakes, cakes containing alcohol, and cakes that would disparage others.”

But for Recollon, the Trump Administration’s stance on this case specifically is difficult to stomach.

“What I’m worried about is that (the Trump Administration is) taking a strong stance against LGBTQ people,” Recollon said. “(Trump) hasn’t even been in the presidency for a year and he’s already (proposed) a lot of anti-LGBTQ legilsation.”

According to David Greene, senior staff attorney and civil liberties director at the Electronic Frontier Foundation, the Trump Administration’s amicus brief is not rare.

“It is really common in cases that raise the interpretation of or the constitutionality of a federal statute,” Greene said in a phone interview. “In fact, it would be exceptional for them not to file something.”

At the heart of the case, the Supreme Court will try to figure out if Phillips’ First Amendment right exempts him from complying with the Colorado anti-discrimination law.

According to a September news release by the Alliance Defending Freedom, several other entities filed briefs with the Supreme Court siding with Phillips, including 20 states and 86 members of congress.

“We hope the U.S. Supreme Court will consider the arguments in these briefs and declare that the government cannot force Jack to surrender his freedom in order to run his family business,” said Kristen Waggoner of the Alliance Defending Freedom in the September news release.

“It is interesting. I think the way the case is framed is that it would sort of create a class of services providers who would be exempt from civil rights laws in certain circumstances,” Greene said. “Depending on what those circumstances are, is really going to depend on if the Supreme Court goes that way (and) how narrowly they will define the category.”

Greene also added that although free speech was discussed in earlier legal proceedings in this case, it was not the main issue. On the contrary, in this Supreme Court case, the focus has primarily shifted to free speech only.

“I think that was strategic because this court tends to be fairly strong in this type of free speech case,” Greene said.

“Generally, the idea is that if you have someone whose services requires them to personally express themselves, they cannot be required to express themselves in a way that adopts a belief that they don’t actually hold.”

Phillips argues that his cake creations, which is his art, is his form of expression and speech.

For Sunny Hibbits a first year drama major at SF State, the Justice Department’s take on the case is reason enough to fear.