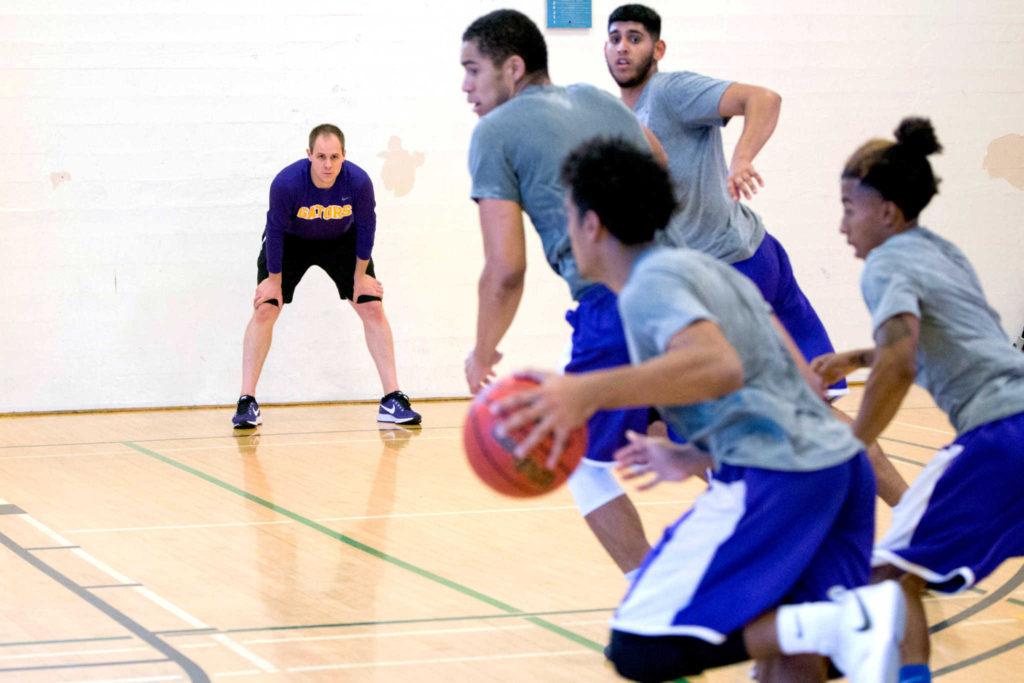 The Gators on SF State’s men’s basketball team had their best season in over seven decades last year, yet did not achieve everything they set out to.

This does not mean the team is not doing everything they can to build off of this success. This hunger is at the forefront of many of the returning players’ minds.

Vince Inglima, interim head coach of the men’s basketball team, voiced some of these sentiments.

“[Last season] was the most wins since 1940. We take a lot of pride in that,” Inglima said. “We’re really proud of that … [but] at the same time, we don’t have a lot to show for it. We finished second in the league, so we didn’t get to hang a banner … then we went to the national tournament and we played a team that had been there for four straight years, and it was our first time and they beat us.”

“So, yes we had a great year and it is something to really value, but at the same time, we’re really hungry,” Inglima said.

One of the challenges the team will face in having another historic season is having seven new players on the team this year. Five of them are transfer students, one is a walk-on and one is the lone true freshman on the team, Michael Diaz.

Diaz spoke highly of Inglima, who is in his first year of being head coach after serving as lead assistant to the Gators for four seasons.

“I was recruited by Inglima, so me and him had already created a type of bond,” Diaz said.“Once he moved to head coach, it wasn’t really hard to adjust.”

Inglima being the main recruiter for new players certainly helped him to get athletes that would fit into his system.The fact he was promoted from within, rather than an outside coach being hired, he feels gives the returning players a true chance to build even stronger chemistry.

“The continuity [in the coaching system] is huge for making our returners continue that growth,” Inglima said. “If you bring in a new system, it kind of makes everybody a first year player.” This coaching promotion allows the returning players to focus on helping the new players adapt and fit into the system right away.

No player is more key to this success than returning Division II Bulletin All-American Honorable Mention Warren Jackson. Jackson is the only player Inglima guaranteed would be in the starting lineup. However, starting is not Jackson’s primary concern.

“Being a starter really doesn’t mean much to me …  the main thing for me is winning so [whether] I’m starting or coming off the bench, as long as we are playing good that’s fine with me,” Jackson said.

Inglima faces a challenge himself, which is becoming the head coach after four seasons as an assistant. This challenge is certainly something he embraces.

“When you move over 18 inches in the old coaching chair from the second chair to the first chair, it’s not very far physically but it is a big change for a program,” Inglima said. “The biggest hurdle for that is how your players react to it, and I’ve been really thankful that all of our returners have really embraced it … they’re working very hard, they’re bringing it every day, and that has really helped to make it a smooth transition.”

With just a few weeks of practice left before the start of the season, Inglima feels the team certainly has work to do. However, both Diaz and Jackson expressed they are remarkably driven to be more than a one-year wonder.

“We are talented, there’s no doubt about it. If we work together well … we’ll have a really good season,” Inglima said.