Archival upheaval: Artists showcase how they choose to document history 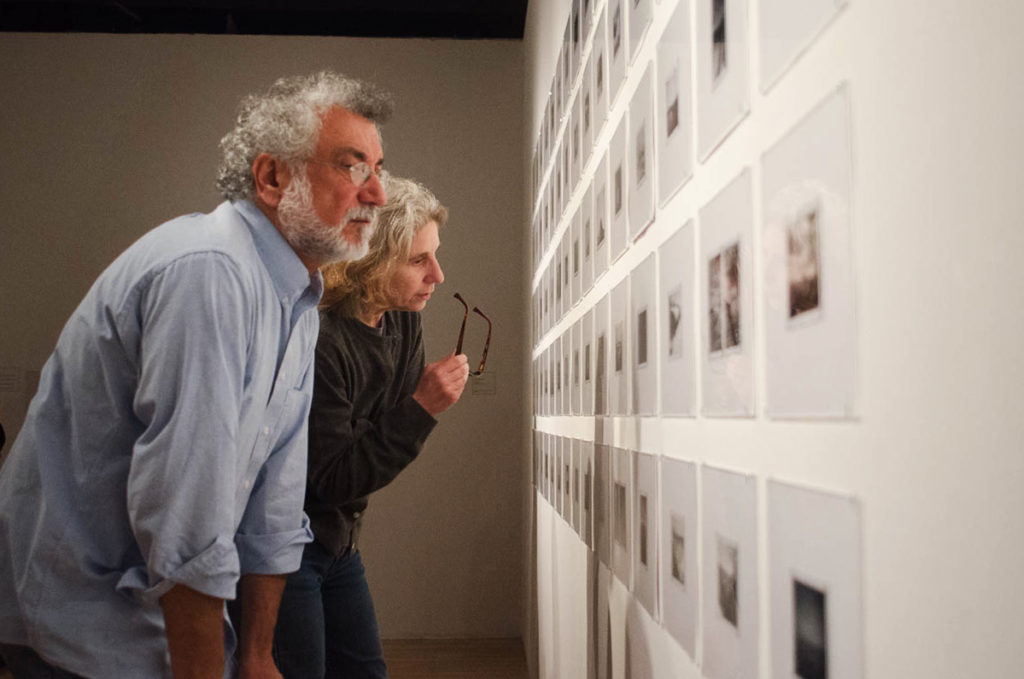 The artwork, a mixture of photography and paintings, showcases each artist’s area of emphasis. For Ian Everard, that came in the form of early 20th century photographs.

Everard, a third generation watercolor painter, contributed “Archive Fever Forever.” He copied World War II photographs into watercolor paintings, with striking accuracy. Although the events depicted in the photographs are important, it is the people within them that intrigue him the most.

Everard feels a sense of connection with the people captured in the images, something he said he can’t quite explain.

“Seeing the faces in the crowd of these old photos reminded me of my parents, and myself,” he said.

Everard also enjoys finding photos without context because it gives him an opportunity to tell a story. To him, mundane activities are as valuable as historic events.

David Pace also used World War II photos for his exhibition piece. However, he focused on their use outside the realm of pure documentation.

Their objective is to crop and enlarge historical war photos, removing the journalistic aspect from them.

“It’s source material to make art out of,” Pace said. “It’s not historical in this case.”

Pace acknowledged that it can be controversial to modify these types of photos, but he stated that they wouldn’t even exist in their current state without extensive modification and editing.

“In my opinion, everything is altered all the time,” Pace said. “Where’s the line between news and propaganda?”

McFarland, supplied the exhibit with “Pieces of the Earth,” which consisted of Polaroid pictures of mountains, bodies of water and the night sky. He decided not to include locations in the descriptions because he values the photos’ representations more than where they were taken.

McFarland said he decided to work on this theme during Obama’s first presidential campaign, when he saw climate change and environmental protection become bigger topics. He wanted to capture the beauty and value he sees in nature.

“In destroying the environment we are destroying ourselves,” McFarland said.

McFarland wanted to accomplish this without politicizing his work. He prefers people pull their own inspirations from his photos.

“Once artwork has intent it becomes propaganda,” McFarland said. “And I never want to do that.”