I stand for what I believe 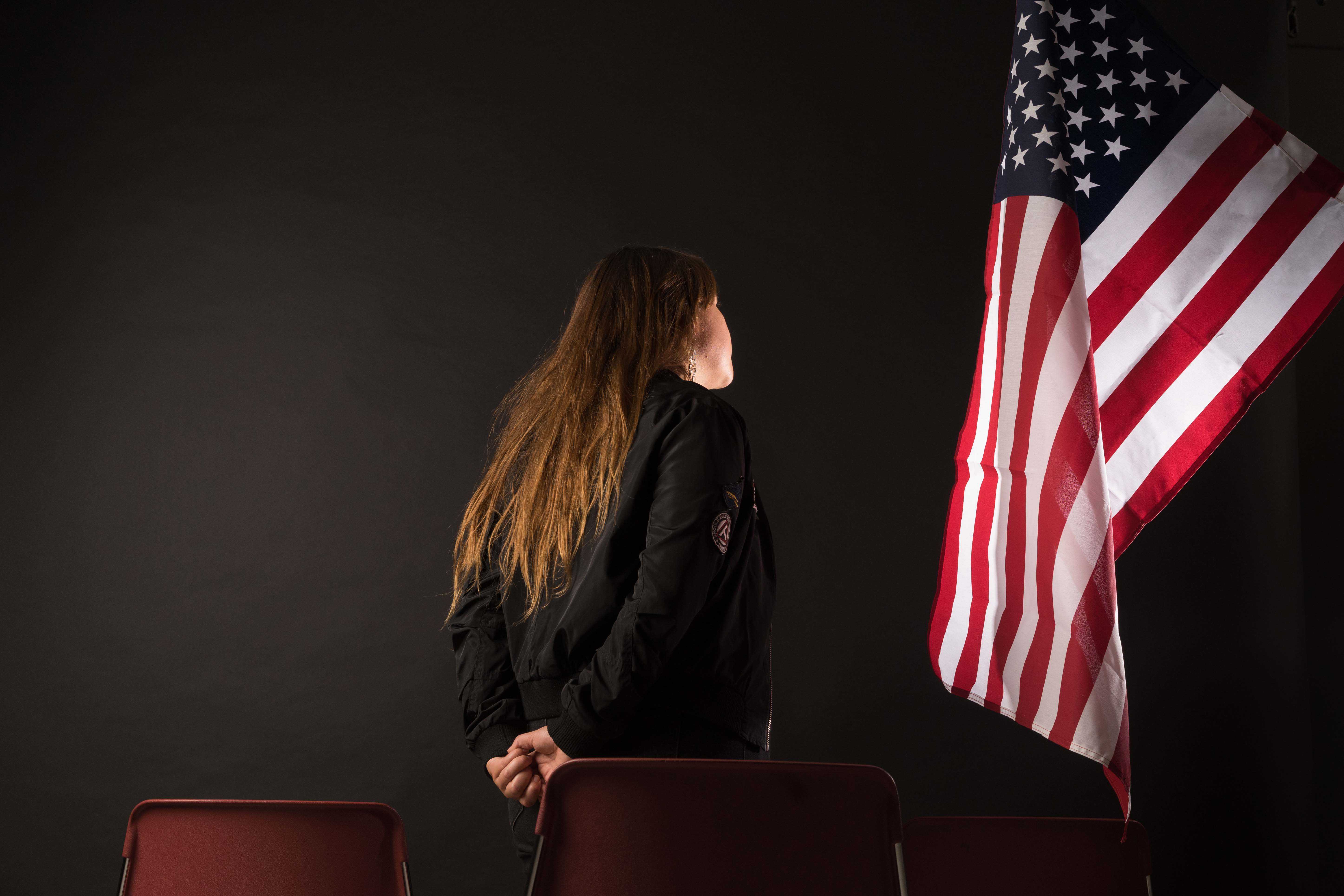 I grew up as a very proud Mexican, extremely prideful of ‘mi raza’ and their fight to survive.

My definition of Hispanics are hard-working, family-oriented individuals who are rich in culture– but we have been a never-ending target of slurs within society. After realizing the injustices around the world, and the zero pride I have for America, my decision not to participate in the pledge of allegiance is simple.

After relocating when I was around seven years old to the United States in search of the  ‘American dream,’ it became difficult to believe in or appreciate American traditions. In elementary school, I was expected to recite the pledge of allegiance without fully knowing how to speak English fluently. To compensate for not speaking English as a kid, I would mumble along to pretend I belonged.

I felt that my voice could be heard in other ways than pledging, like becoming a journalist and writing unbiased stories of our culture to shed some positive light on Hispanics in the media. The false representation Hispanics have in the media and/or in society, the persona that we are all “criminals” and all the injustices occurring are why, as an American citizen, I refuse to recite the pledge of allegiance.

Relocating is hard, and feeling I don’t belong is hard. Reading tragedies every day about racism, hate speech, the removal of DACA, police brutality and more makes me believe less and less in the flag. I, too, have battled discrimination for being who I am, and I, too, have been a target of hate crimes.

My culture and my native language are what define me, yet being who I am made me a prime target in high school. Students would throw eggs in the streets and yell slurs, telling me to go back to Mexico.

Vianney Casas, a SF State student studying creative writing, who relocated from Mexico in 2006, to the United States, does not partake in the pledge either.

“Psychologically, when one repeats something that is learned from an early age, almost robotically, that is called indoctrination, almost a form of classical conditioning,” said Casas.

Casas said the pledge plays the exact same role the Bible did in colonizing indigenous communities during the Spanish colonization.

Other students like Paola Ayala who is a junior studying health education who is  proud of her Mexican heritage, said in her school the pledge was demanded, so it is something she has engrained in her head.

“If I had to stand up for it today, I wouldn’t do it because what the flag represents– freedom for all us– is not being enforced,” said Ayala.

Many Hispanics have battled with relocating to the United States and, although I am thankful I have the privilege of receiving an education here, I don’t belong in the American tradition, and I never will. Being a Mexican woman in the United States means I have the best of both worlds. It means I have the opportunity to fight against any stereotype or injustice, all while having the First Amendment protecting my voice.

Stephanie Silva, a SF State student who is a senior studying biology who also relocated from Mexico, said she is very proud of her Mexican heritage. The solidarity she has seen in recent events like the earthquake in Mexico only fortified her feelings more. Silva does not support or partake in the pledge of allegiance when there are ceremonies because she does not feel a strong connection to America.

“When the Olympics are on and they recite the pledge of allegiance, it doesn’t make me feel anything compared to the goosebumps I get when I listen to the Mexican national anthem,” said Silva.

Yes, notorious figures such as Colin Kaepernick or Bruce Maxwell have been kneeling at the pledge of allegiance instead of reciting it, but this isn’t anything new to me. I applaud those who are making such a bold statement in today’s society, but I have always stood by not reciting it and I will continue to do so. It is a political decision I am following: If I continue to see injustice in the system, then my place is to proceed with what I stand for without fear.

Reciting a pledge to a land that used to be Mexico still infuriates me, but because of my heritage and morals, I stand as it is being recited. The only thing missing is my voice.