Birth Control: It is a right, not a privilege 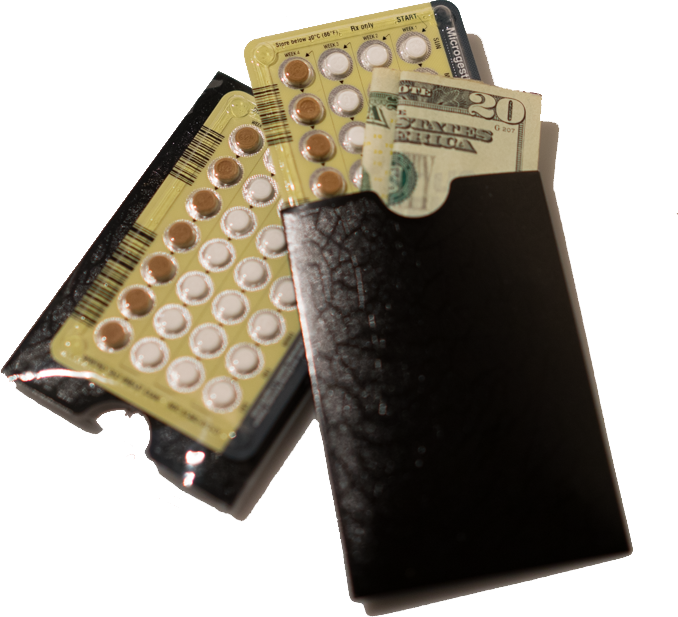 On Friday, Oct. 6, the Trump administration rolled back an Obama-era rule that required employers to provide their employees with birth control coverage without co-payments.

This was just another stepping stone to Trump’s personal vendetta to further diminish women’s rights, confirming just how deeply that ideology spreads throughout our government.

With this new ruling, the Departments of Health and Human Services, and Treasury and Labor will have a far easier time denying contraception coverage if they have a “religious or moral obligation” to their employers.

In 1991, Trump spoke to Esquire regarding the media. “You know, it doesn’t really matter what they write as long as you’ve got a young and beautiful ass.”

With remarks like these, belittling women so harshly and objectifying them, how can we expect Trump to respect us and our right to decide what we should choose to do with our body?

President Donald Trump’s attack on the birth control rule is no different than his attack on Deferred Action for Childhood Arrivals, the transgender military ban, Affordable Care Act and many more that he has pushed since taking office in January. He is filled with rage, resentment and hatefulness toward anyone he does not favor as seen on many instances on both Twitter and live videos. And, in this case, his rage is directed toward women having control over their bodies.

To make matters worse, these changes went into effect immediately. The Trump administration felt discussing it with the public prior would be “impracticable, unnecessary, or contrary to the public opinion.”

But what rationalizes them to make this assumption? Who are they to decipher what is “unnecessary” for the public to know when, in fact, it affects us, the public the most? The administration went on to claim many arguments justifying this callous act. They were insistent on asserting how coverage of contraception leads to more “risky sexual behavior” among teenagers and young women. Sounds like bulls–t to me.

According to a 2015 study by the Kaiser Family Foundation, 71 percent of Americans support the ACA contraceptive coverage requirement. Seventy-seven percent of women and 64 percent of men reported support to no-cost contraceptive coverage. In the United States, more than half of women are insured either as the primary beneficiary or as spouse/dependent, or through an employer-sponsored plan, according to a study done by the Kaiser Family Foundation.

The new rule will allow any business, university or other organization to opt out without having to notify the government. In the Obama administration employers made the choice to not pay for their employee’s birth control, the employee’s were then provided coverage directly from the insurance companies at no cost of the beneficiary. But now, thanks to the Trump administration, that became optional for employers.

So many young women fear what their other options are for obtaining birth control after they graduate, but now they are at risk of losing their contraception while still attending a higher education institution.

So many female students are reliant on their university providing them with affordable contraception. What options do they have now? The Trump administration is so fast in relinquishing vital rights and access from women yet they offer no alternatives.

Let’s put into consideration how women who use contraception for alternate reasons are also at risk. Birth control offers many advantages, such as reducing/preventing: Acne, bone thinning, iron deficiency, cysts in the breasts and ovaries, endometrial/ovarian cancers, infections in the ovaries, fallopian tubes, uterus and finally, premenstrual syndrome.

What about the contraceptives that tend to more niched needs? Some women require more estrogen, iron, and many other specifics, in their contraception that make it more difficult to be attained, which can come with an even greater price tag.

The thought of this ruling already being in effect without any prior warning is disturbing enough. But one can’t help to think, what’s next?

The Trump administration doesn’t want women to have abortions, and now they want to put more limitations on the accessibility to contraception? How are we, as women, supposed to protect ourselves from unwanted pregnancies when they keep taking away our options? How long do we have until they try to take away Plan B (emergency contraceptives) from us?

It’s hard to be optimistic in a presidency where a man with an administration that has no intention of prioritizing women’s rights is running this country. Dwelling on this keeps me up at night wondering if the worst has truly yet to come.