Classes canceled through Friday due to air quality 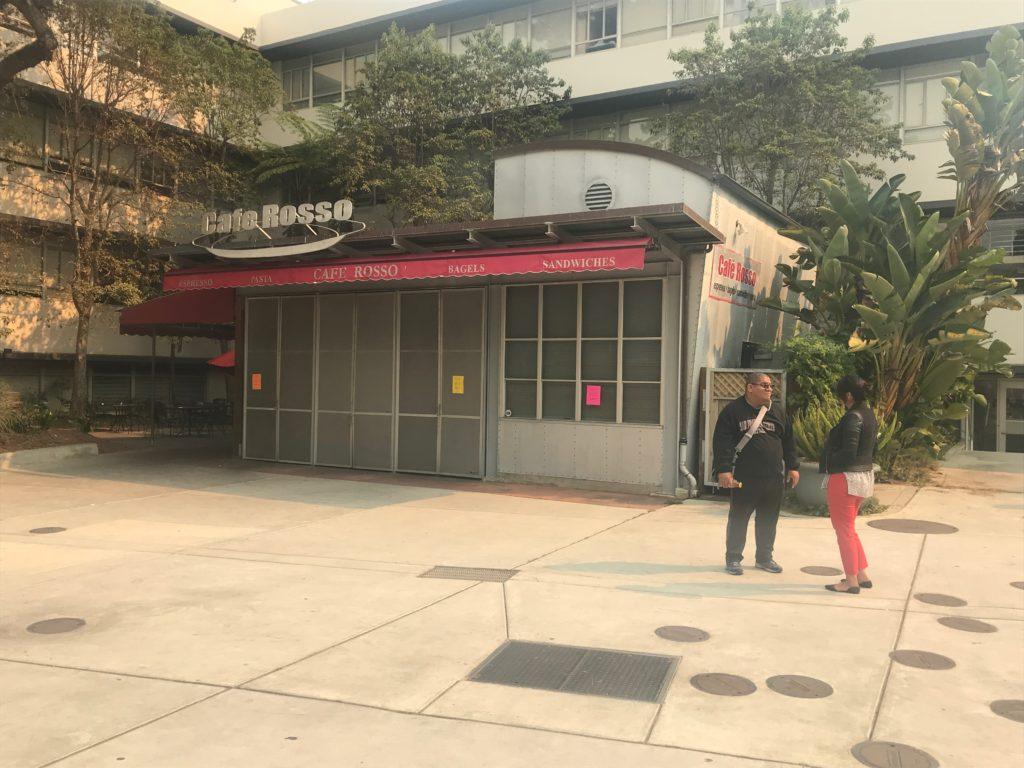 Classroom windows and doors were closed shut as the smoke-induced haze covered the SF State campus.

The Bay Area Air Quality Management District has issued a health advisory and spare the air alert due to smoke from the ongoing North Bay fires causing “unprecedented levels of air pollution.”

President Leslie E. Wong sent out a campus-wide email canceling all outdoor activities such as athletic events and the farmer’s market. Cafe Rosso has also closed down business.

Despite the poor air quality, morning classes at SF State were still in session, leaving some students upset.

“When I received the email that ‘outdoor activity was canceled,’ but that class was still on, I could barely believe it,” said Kellen Casebeer, a senior marketing major at SF State via email. “There is literal ash falling from the sky … yet we are still expected to come to class.”

Later in the afternoon, Wong sent out another email canceling afternoon classes.

“The health and safety of all students, faculty and staff is my top priority. As such, the University is cancelling Thursday evening classes, effective at 5 p.m. today, October 12th,” Wong said in the email.

The campus will also be closed through to this Sunday.

Despite the cancellation, the air quality still took a toll on students physically.

Yatiziry Luna, a political science major who was evacuated from her home due to the fires said, “I feel dizzy, I was just in class and the windows were all open, which didn’t help.”

According to the Environmental Protection Agency, “The biggest health threat from smoke is from fine particles. These microscopic particles can penetrate deep into your lungs.”

“What people should do is stay indoors [with] windows closed and doors closed. If you are stepping outside, keep it at a minimum,” she said. “This is why all the outdoor activities are being canceled because you don’t want anyone exposed more than they should be.”

Student Health Services saw a number of students with respiratory conditions throughout the week, but traffic has increased due to Wong’s email, according to Medan.

The health center is handing out free dust masks for students that will protect against the smell but not against the particles in the air.