BECA student lands on season 13 of The Voice 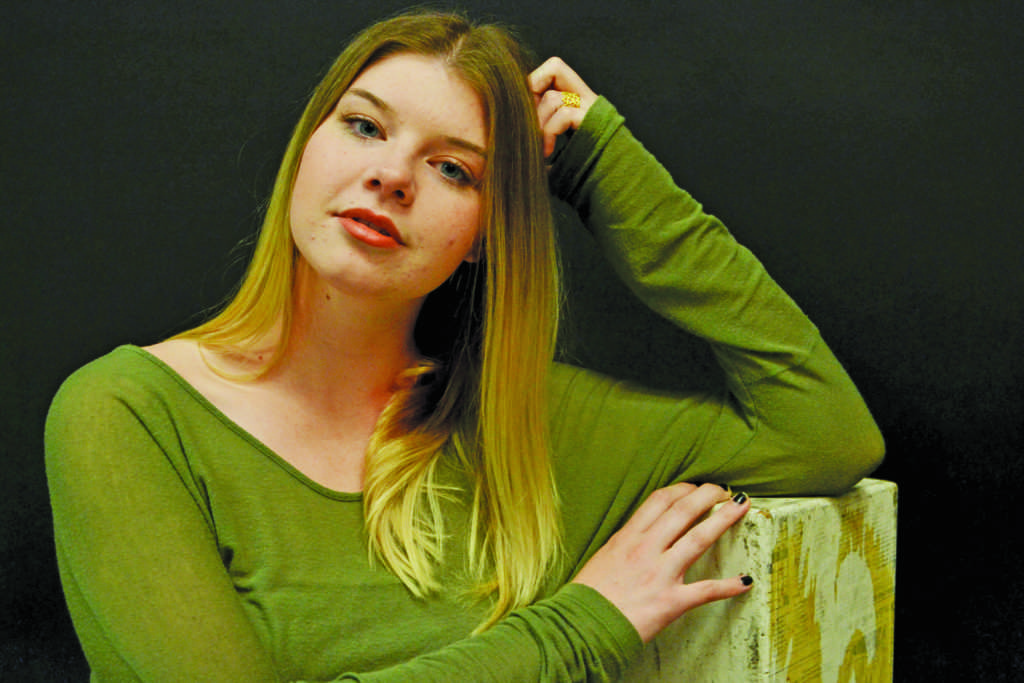 Megan Rose, an SF State BECA student who will be appearing this season's NBC The Voice, poses for a photo on Monday, October 23, 2017. (Golden Gate Xpress/Cristabell Fierros)

The stage is dark. One spotlight lights the stage as her country-infused vocals begin to fill the room. In front of her sit four judges who hold her fate. She can’t see them and they can’t see her. Her voice is her only asset, the only thing that can persuade them to turn around.

Luckily, for senior SF State BECA student, Megan Rose, her voice was more than enough to grab the attention of Miley Cyrus and Adam Levine during her audition for NBC’s “The Voice.”

“It’s literally the most nerve wracking thing I’ve ever done in my entire life,” said Rose, a San Ramon native.

According to Rose this audition, which has garnered over half a million views on Youtube, has been a long time coming.

“The first time I realized I wanted to make [singing] a career–– I think I was three–– I just remember being obsessed with Britney Spears,” she said.

“She was always singing and dancing in public places or wherever. She was really good for a little kid,” said Urvinitka

Rose’s longtime passion for performing has led her to audition for shows like “American Idol,” ” The X Factor” and even “The Voice” twice before–– all to no avail. Rose, however, didn’t let the rejection affect her ambition.

“Every time I was told no of course I was sad for a little bit, but it really kind of pushed me to try even harder,” she said.

Rose, who auditioned twice previously during open calls for “The Voice,” said this time around she was more prepared.

“The first two times I auditioned I was still in high school,” she said. “I think going into it this time…what definitely benefitted me was having that time and learning from those experiences where I did get no as an answer instead of yes.”

This time Rose’s audition landed her with a tough decision to make: picking between two successful artists, Cyrus and Levine.

“There was so much running through my mind,” said Rose.

Rose eventually sided with Cyrus, placing her as the twelfth and final member of Cyrus’ all-female team –– the first in the show’s history.

“For Megan to make Voice history by being the last member to join an all-female team was inspiring,” said Jessica Medina, president of SF State’s Alpha Phi chapter which Rose is a member of.

Rose has found the all-female team experience to be inclusive rather than competitive.

“It’s really just like a giant sisterhood, these women have truly become my sisters and my second family and my best friends,” she said.

Rose has slightly ventured away from her Britney Spears pop days as she, over time, has transitioned into pursuing a career in country music.

“My dad growing up was always listening to country music…[he] is definitely the one that brought country music into my life,” said Rose.

Her father, along with friends and family, form her support group who have encouraged her throughout her musical endeavors.

“We believe in Megan and her talents and that she can accomplish anything she puts her mind to,” said her mother.

Other than to win, Rose’s goal over the course of the show is to learn.

“The exposure is incredible but really one of my main goals is to just improve. Continue to improve, continue to learn and continue to figure out who I am as an artist,” said Rose.

To follow Rose’s journey, “The Voice” airs Mondays and Tuesdays on NBC at 8/7c.

Megan Rose, an SF State BECA student who will be appearing this season’s NBC The Voice, poses for a photo on Monday, October 23, 2017. (Golden Gate Xpress/Cristabell Fierros)