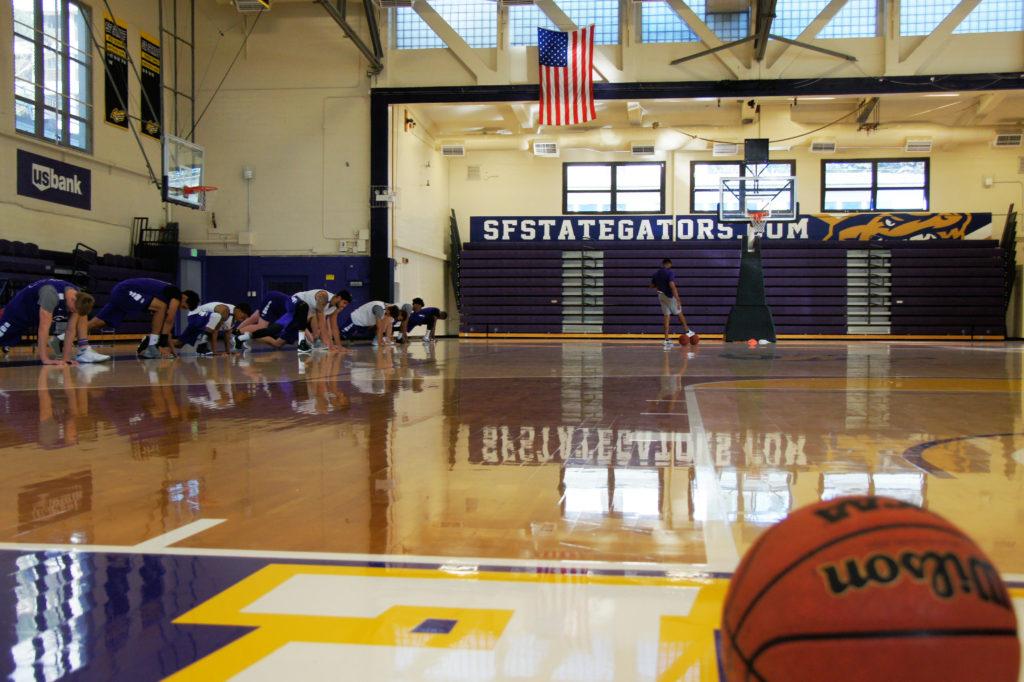 The team enjoyed a successful, yet unfulfilling, season last year. While finishing 25-6 with a  14-1 home record, they were beaten in league play, finishing second and eventually losing in the national tournament to California Baptist.

“We were a game short last year, which is a great stride forward for our program as a whole, but we still didn’t get there,” interim head coach Vince Inglima said while discussing the upcoming season.

“We’re defense focused,” Inglima said. “We were a tremendous defensive team last year, we lost a couple great defenders, so we need to find a couple more guys to fill those shoes and get us back to where we were.”

Warren Jackson, a recreation parks and tourism major senior point guard originally from Detroit, said that defense has always been a top priority.

“Since I came to this school, defense has always been first … force the other team to take shots, box out, rebound and go from there,” Jackson said.

Jackson acknowledged the loss of defensive-minded veterans leaves the Gators with a sizeable hole to fill, but he feels they’ll be ready for the regular season.

“It’s hard to replace those guys … we still got work to do, we still got a long way to go, but it’s coming along. We’ll be ready when the season starts,” Jackson said.

Chiefy Ugbaja, a criminal justice major and junior guard, mentioned that although last season was, by wins and losses, the best in more than five decades, they are prepared and excited to build on that this season.

“Get to the second game. Win the west region. Once you taste it, you just want more of what’s there, you know,” Ugbaja said.

Inglima and players agree that often times last year the Gators’ defense would lead to easy buckets on offense, something Ugbaja touched on.

“We were a really good defensive team last year, hopefully we can bring that onto this year. When you play good defense you can get out in transition and run. When coach saw that I think he just implicated more sets that would contribute to our play style. We all like to go out and run anyway,” Ugbaja said.

Jash Kahlon, an international relations major originally from Stockton, also said the team looks to build off of a stifling defense last season.

“I think our defense was ranked … pretty high in the nation last year, so we take a lot of pride in that. That’s something we hope to have again this year. Defense is most important to us,” Kahlon said.

The new blood is something Kahlon also touched on. “We only have one new freshman but we got a lot of junior college transfers … it’s been pretty good. It took a little time to adjust to everybody in the beginning but we’re clicking pretty well.”