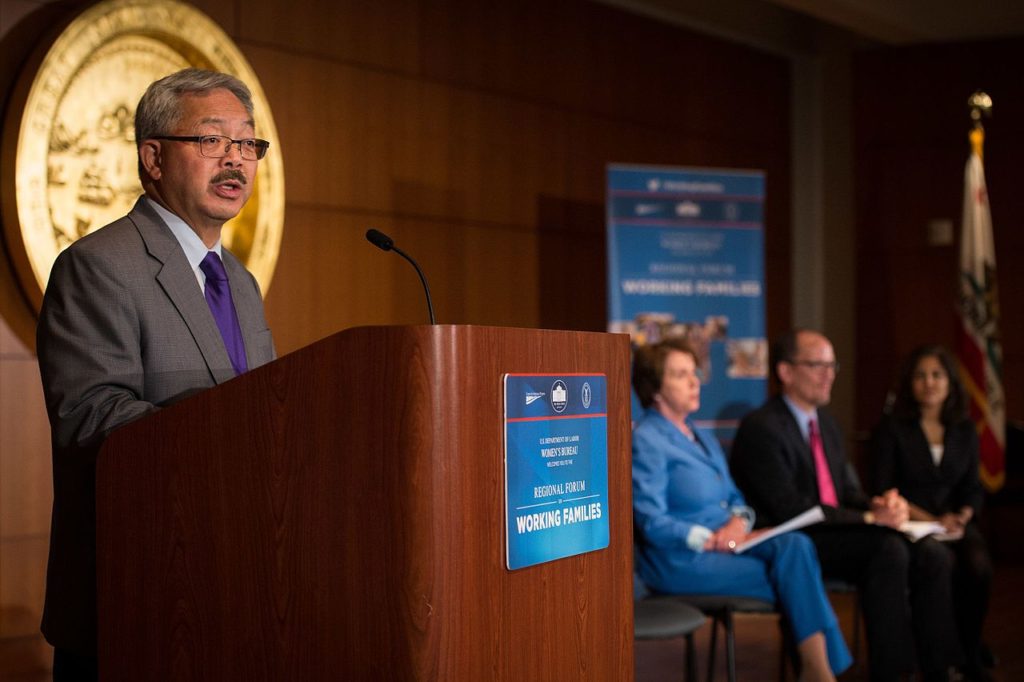 SF Gate reported Lee suffered a heart attack around 10:30 p.m. Monday at the Safeway on Monterey Boulevard near his Glen Park home and was taken by ambulance to Zuckerberg General Hospital. He was pronounced dead at 1:11 a.m. Tuesday morning.

“Mayor Ed Lee was a good man, a dedicated and humble public servant, and the prominence of San Francisco is in large measure due to his hard work,” President Leslie E. Wong posted an announcement on SF State’s website on Tuesday.

Lee was the City’s first Asian American mayor and presided over San Francisco’s rise to the technological forefront.

In 2011, Lee is credited as a catalyst of San Francisco’s tech boom – for better or worse – by spearheading the Central Market Street and Tenderloin Area Payroll Expensive Tax Exclusion. The tax break would eventually become known as the “Twitter Tax Break” for its role in luring Twitter to set up shop in the South of Market neighborhood in 2012. Other tech companies soon followed including Uber and Airbnb.

But opponents charge that the tax break and subsequent takeover of Mid Market by tech companies has resulted in a level of income inequality unparalleled in San Francisco’s history. To many, the city is almost unrecognizable compared to the city before Lee took the reigns to the city in 2011.

“The city has gotten far too expensive, much harder to live in and has lost an essential quality of its, I hesitate to use the word, but know no other, its’ soul,” said Calvin Welch, a long-time activist in San Francisco politics.

In his youth, Lee worked as a civil rights attorney and dedicated his career to representing low-income tenants in San Francisco. He was elected in 2011 after serving the remainder of former Mayor Gavin Newsom’s term following Newsom’s resignation.

“He represented the movement of the Asian American community to the center of politics,” said McDaniel. “They’re not an outside group anymore, they have been incorporated into this sort of political representation structure in San Francisco.”

Mcdaniel continued, “He also increased the involvement, and turnout, of the Asian American and Chinese American community here in San Francisco … I do think that will be a part of his lasting legacy.”

While Lee had been an important public figure for San Francisco’s Chinese American community ice the past few decades, he garnered national prominence over the past year for his controversial stronghold position on the City’s sanctuary status.

His predecessor Newsom called Lee a “dedicated public servant whose intellect, integrity, boundless optimism & contagious love elevated our City” in a tweet earlier this morning, and his office released a statement that expanded on his regards for Lee.

One of the mayor’s applauded accomplishments included the restoration of free city college. In February, the San Francisco Examiner reported Lee agreed to spend $5.4 million on free tuition for San Francisco residents as well as subsidize books for low-income students.