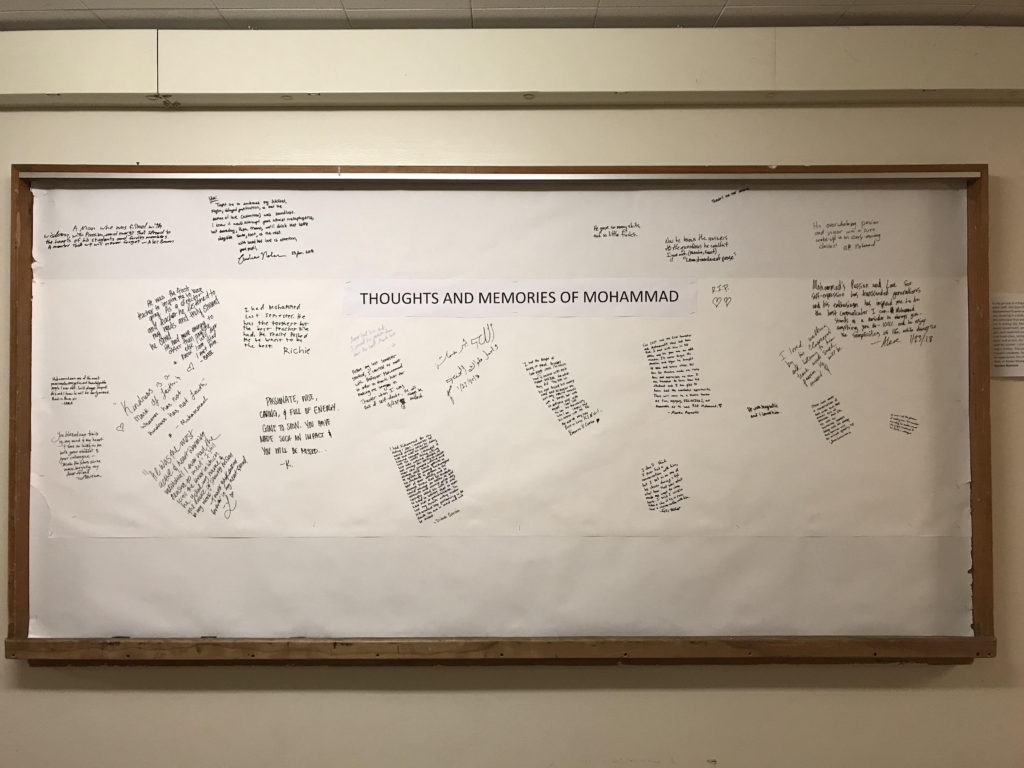 Kowsar left an enormous impact on SF State’s campus through out his career. Students have lined the halls of the Creative Arts building with thoughts and memories of their professor and advisor.

“The passion that Mohammad brought to everything in his life was infectious, and the inspiration he provided to countless theatre artists was truly amazing,” Jacob Petrie said on one of many sheets of paper that are pinned on the walls of the Creative Arts building.

Kowsar graduated from SF State with a bachelor’s degree in theatre arts in 1966 before moving on to get his master’s in acting from the University of Hawaii in 1969 and his doctorate from Cornell in 1973. He returned to SF State in 1988 and began his career as a professor.

Kowsar was an expert in his field and was published in different theatre journals.

He inspired students in his career and will be remembered as a man with passion for what he taught, according to the students who left memorial notes.

“The most important theater mentor in my life, and in life in general. A great teacher that will be missed immensely,” Anthony Castellano wrote.

The memorial service on campus of Professor Mohammad Kowsar will be held in McKenna Theatre at San Francisco State University Sunday, Feb. 4, 2018 at 2 p.m. with a reception to follow.

RSVP at the Facebook group to attend the event.