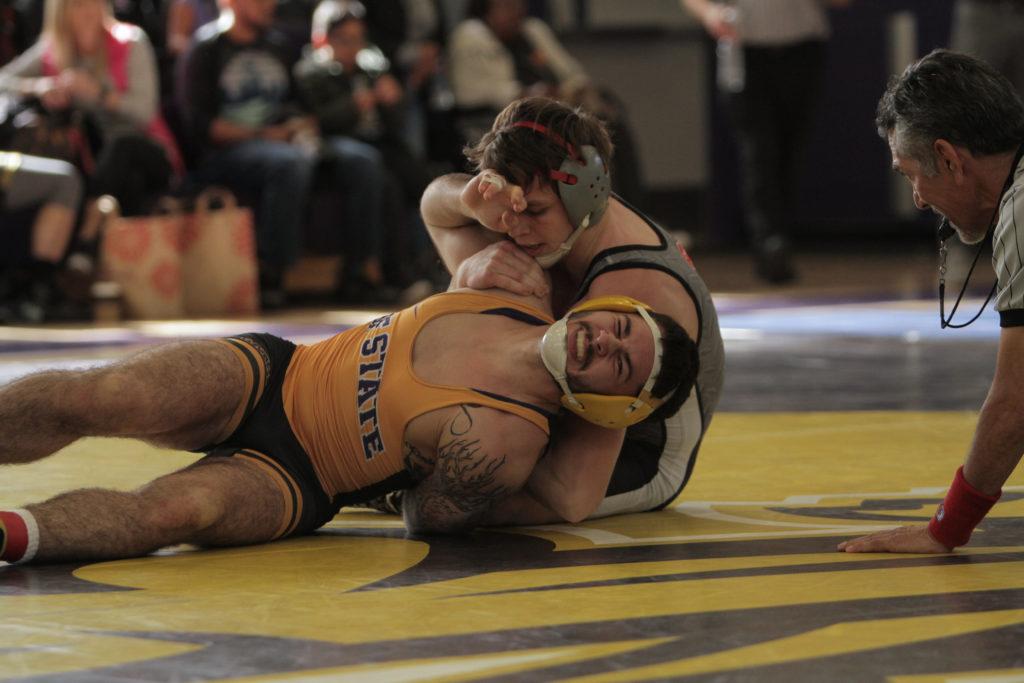 SF State wrestling head coach Jason Welch is wrapping up the tail end of the season on a strong note.

On Saturday, Jan. 27, SF State’s wrestling team placed third overall at the 41st Annual California Collegiate Open, with two of SF State’s wrestlers walking away with their first ever college tournament win. The Swamp welcomed wrestling teams from Cal Baptist University, Menlo College, Cal Poly SLO, Southern Oregon University, and many others for this years tournament. This is Welch’s first season coaching at SF State, and his first time ever hosting a college tournament.

“I came here to inspire this young group and get them moving in the right direction and we’re definitely heading there,” said Welch. “Something that stood out is Mason Boutain won…he’s had some tough matches…and he’s wrestling really well, so I’m proud of that guy. He’s rich and fresh and he’s getting better really rapidly,” Welch added.

Boutain won 5-4 over Cole Drescher of Cal Baptist University in the 157 pound championship, attributing his success to “wrestling hard and listening to my coaches and having fun.”

The 174 pound bracket was guaranteed a Gator win, with both Maleselino Salt and Justin Pichedwatana of SF State having made the final round. Pichedwatana came out on top, winning his bracket for the first time with a 13-4 win over Salt. “Just wrestling hard and fighting through all positions basically, and just being the aggressor and not giving up any points easily,” said Pichedwatana when asked about what helped him achieve his win.

Welch was happy with the results of this tournament and is looking forward to the postseason. The Gators were unable to qualify for Nationals last year, but Welch has worked hard this season to implement new techniques that should help the team further their progress.

“That’s what makes wrestling exciting,” Welch said. “When people just hold and sit and stare at each other it gets boring. But when people are changing ties and attacking each other and opening up and wrestling…that’s exciting, even to the fan that doesn’t know wrestling,” Welch added.

“I think we’re well on our way to epitomize that sort of style of wrestling where we’re in your face, we’re creative, we’re aggressive, we want to wrestle and we’re very full of life and passion.”

The team of underdogs now eagerly await to qualify a handful of wrestlers in the regional tournament, which will be held in Las Vegas, New Mexico in late February.