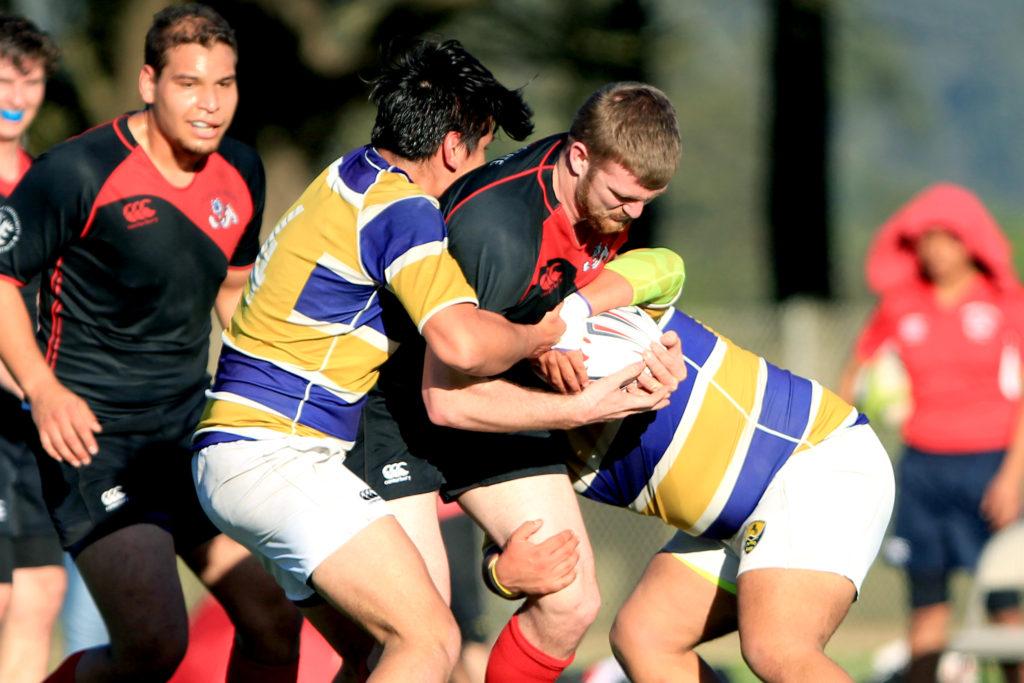 On a very sunny Saturday afternoon, the SF State rugby club won 41-15 against Fresno State, elevating their season’s record to 1-1.

The team has seen drastic improvement in their performance recently thanks to techniques that their head coach, Wade Hess, has introduced. Hess joined the club at the very end of the spring 2017 semester.

Andrew O’Bryan, who is in his fifth year playing rugby at SF State, described just how much progress the team has seen over the past few years.

“It’s been a huge turnaround since I first started five years ago and I want to see where this club goes,” said O’Bryan.

“Our team chemistry was very poor,” said O’Bryan. “We were losing the ball a whole lot, we were losing games really badly, we were fighting. But then the guys rallied together and became a group and got our new coach. We worked in our offseason really hard. We went down to San Diego and Los Angeles and played teams down there and won. We’re bringing that form back into our league now and we’re seeing huge improvements.”

The form that O’Bryan speaks of is a style of play that combines strategies used by international teams from New Zealand and England.

“Ever since we’ve been playing by that pattern we’ve been holding on to possession during the game on offense,” said Junior outside centre Paul “Saucey” Saccomanno. Saccomanno has also recently qualified for the 2018 Super 7s draft, a professional league that practices Olympic style rugby.

The game against Fresno State was a prime example of how effective the new pattern can be. The big lead that developed early on in the game allowed for several new players to get playing time, something that Hess wants to focus more on this season.

“When you’re a younger player, you’re nervous and everything’s frantic so you make a lot of mistakes,” said Hess. “So a big thing is getting the guys into the game, getting them playing, and getting them used to it.”

While the big win against Fresno State was great, Hess still sees room for improvement.

“We still got work to do,” said Hess. “Near the end of the game we started to get tired, and only certain players were able to still play. That’s a problem. We were a little messy with the ball, a lot of our passes weren’t going into peoples hands and they were ending up on the ground. Things like that come with experience.”

The rugby team looks to persist with their pattern in their next game on Saturday, Feb. 10 against Stanford.