When the Stars begin to Fall 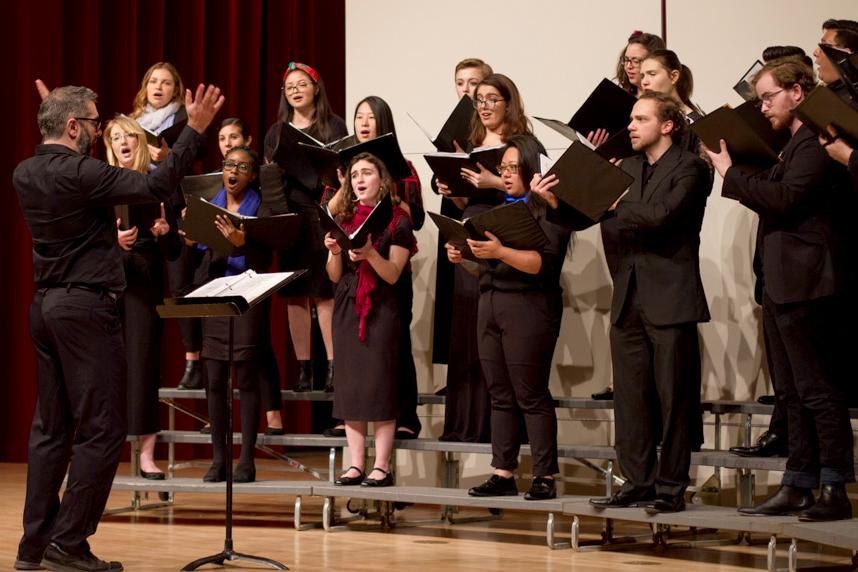 As part of Black History Month, SF State’s School of Music put on a selection of spiritual concert songs — songs with deep ties to the history of enslavement in the United States.

The songs were from the Tuskegee Institute and Beyond to commemorate famous African American spiritual songs — religious folk music closely associated with the enslavement of African people, as defined by the Library of Congress — and classical composers of gospel and classical music on Wednesday Feb. 14 in Knuth Hall.

The spirituals have become the most significant form of American folk song.

Works by prominent composers such as Harry Burleigh and William Dawson were featured during the show.

“They represent a lot; fight for justice, struggle against bondage, awareness of cultural history and they have those mini layers of what they acted as,” said director and sSchool of mMusic lecturer Nikolas Nackley. “They were a form of communication, were a form of protest songs they were rallying songs. They were songs of community.”

Each song conveyed a message that connected to a person’s life. Some of these spiritual songs are believed to be a form of protest that contained information about escaping slavery or ways to get help from the neighboring northern allies.

The founder of The Tuskegee Institute in New York, Booker T. Washington, sought to uphold the traditions of these songs to serve as a form of expression.

These spirituals serve as a prayer of hope and happiness, today. President Leslie E. Wong applauded the diversity that the campus serves and the different forms of expression that are shared throughout the university.

“I always felt that the outside community and higher education recognizes our values because to many times we think education is go to class do our homework,” Wong said. “Yet it’s so much fuller [and] it just makes sense that students would demonstrate their passion for music and singing within the context of Black History Month.”

Chamber singer Robert Bradley explained how these spirituals kept the hopes of the many who were enslaved alive, as these songs served to ease their hardships and their pain.

“Spirituals in a lot of cases always spoke of the troubles and [going to see the Lord] and to be this bright happy place,” Bradley said. “There was always hope and light, and that’s really reflected in kind of the brightness of the music.”