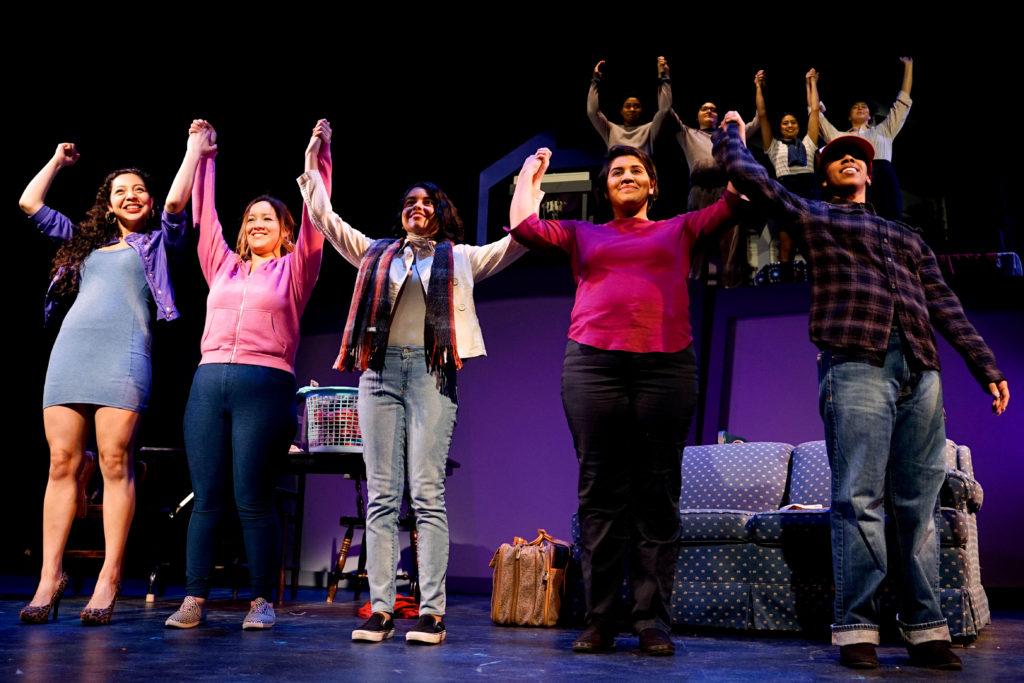 “She travels far. All the way to allá [there].”

This line embodies the spirit of “Sucia,” a girl who is determined to reach her dreams after she realizes that she cannot be herself in a place where no one else is like her.

Even if it means leaving home, she’s eager to see herself represented and liberated of the confinements of what it means to be an educated Latina.

This semester, the Fringe Festival is featuring “Sucia,” a play by Nicole Jost, an SF State  playwright graduate student.

Jost fondly reflected on one of Roy Conboy’s, head of the playwriting program at SF State,  writing workshops. She realized that everyone present was a person of color, something she feels is a rare and special thing made possible by Conboy’s efforts.

“Roy (Conboy) is the reason I applied to State,” Jost said. “I’ve seen how Roy makes space for students of color in playwriting and in theater at State, and it’s such a valuable service he provides for the whole community.”

“Sucia” is a modern Cinderella story about an ambitious Latina who struggles to balance domestic work and her family’s financial burden all while trying to realize her dream of going to an Ivy League university.

For Chicano and L.A. native, Conboy, missing out on narratives that authentically portrayed the struggles of being a Latino in the U.S. is something he’s no stranger to, and it’s ultimately led him to SF State.

Conboy is fighting to make sure these narratives have a platform, like the Fringe Festival.

Since 1991, Conboy has changed the face of the SF State graduate playwriting program through two programs, GreenHouse, a professional partnership producing off-campus workshops for graduate student plays and the Fringe Festival, an annual program that allows diverse and multicultural student narratives to be showcased.

Conboy describes it as a chance for students to speak with their own voices, and tell their own stories.

“When I was in college there were no opportunities to work on projects that spoke to my own identity,” he said. “In fact I began writing plays when I was an actor because I felt that I’d never play a character of my own ethnicity unless I started creating those plays myself.”

Jost chose to approach this story with a Cinderella twist because she wants to portray the challenging yet beautiful fairy tales that our society should know more about.  Fairy tales like “Sucia,” Jost believes, are not about the ball or the prince but a dream for a better life.

According to Carson Blickenstaff, theatre and dance major and member of the play’s painting crew, this specific rendition of Cinderella resonates with him because it shines a light on the Latino community which has seen oppression in the current political climate.

Conboy said he decided to direct this play because he felt the play offered opportunities for other Latino/a students in the department to perform and design on a project that reflected their culture.

In 2016, Jost finished writing “Sucia” in Conboy’s Directed Writing class. Jost credits him for helping her bring the characters to life. As a white playwright, Jost understands how important it was to include the input of a Latino, like Conboy in order to better represent the Latino narrative.

Despite the current political climate, Conboy believes that “Sucia” provides a different, more inclusive narrative. He is proud of the boundaries his students’ work has pushed and looks forward to seeing more of their stories told.

“One of the best weapons any culture has is to tell its own stories, that’s what Sucia does,” Conboy said.