The Fringe: short stories written and directed by students 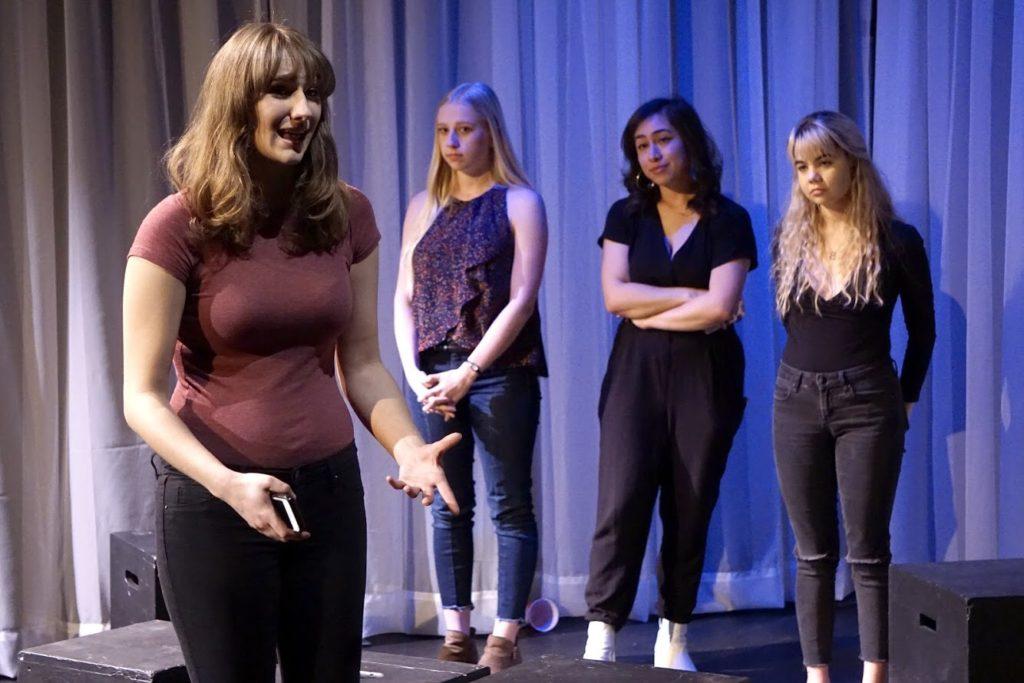 The anticipation inside Room 104 of the creative arts building was at an all-time high. Actors in costumes and directos all scurry around the room putting final touches to their plays.

As he calmly sits in his chair in the front row of the theater and observes his actors practicing his short play, Refugio Garcia, a creative writing major, can’t help his excitement.

“I’m kind of shocked because I didn’t think my play would be accepted into ‘The Fringe’,” Garcia said. “I’m really excited, I’m nervous for my cast but overall I’m just feeling pretty good about everything, ”

“The Fringe” is a series of short plays created by students for students and has been a recurring event for SF State’s theater department for 27 years. Like Garcia, other students got to showcase their playwriting abilities, acting techniques and directing skills to the public.

The theater department showcased a total of five short plays in “The Fringe”: “Eye of the Storm,” “The Exhibit,” “How We Remember,” “Motive” and “Suddenly Sober.”

For most of the students that were apart of the production, it was their first time showcasing their work to an audience.

Derek Stern, a theater arts major, said showcasing of his play, “Eye of the Storm,” was something he worked on religiously and put every ounce of his emotions into the writing process. “I feel relieved that it premiered and that people enjoyed it,” said Stern.

“Eye of the Storm” is based on a couple who develop hardship through the illness of Rosa. Rosa is in desperate need of love and attention from her boyfriend, but ultimately the love between the two is lost. Stern’s drew inspiration from his own life and adapted bits of his struggles to the play. He is battling with Crohn’s disease, a chronic disease that effects the lining of the digestive tract.

“I have Crohn’s disease. It’s a chronic illness, and a lot of my feelings and emotions were brought into the play. For the longest time I thought it was a conversation between me and another person in my life,” said Stern after the “The Fringe” concluded. “But watching it today, it made me realize that it was more of a conversation between me and my other self, the ugly side.”

Marku Reynolds, a theater arts and creative writing major, who was a part of “The Fringe” last semester, reflects on the importance of having students dictate their own work.

“It’s really good that students get to create their own work and create their own art and to have that expressed and to be shown to the audience without the dictation of a professor,” he said.

Written by students, directed by students and acted by students, “The Fringe” is a way that the theater department at SF State lets its students express themselves creatively and overall give the students the opportunity to share their material with an audience.