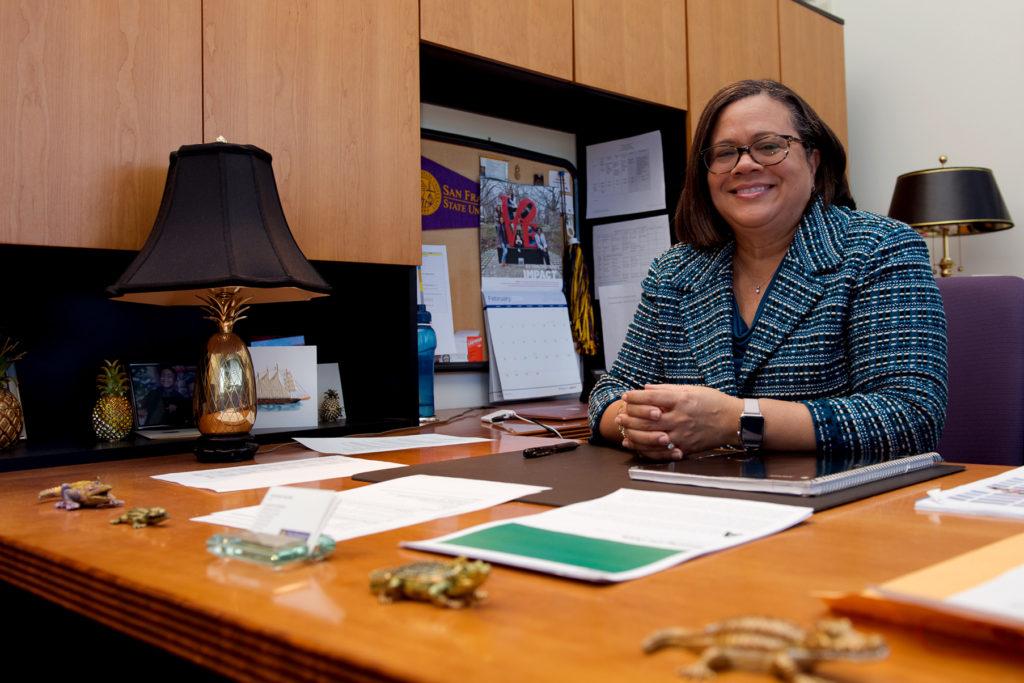 The dean of the college of business, Linda Oubre, will be moving on from SF State this summer after being hired to take over as president of Whittier College. Oubre will become the second female president in Whittier history and the first African-American president.

Being the first is nothing new for Oubre or her family. Her grandfather, Ernest C. Dillard, broke ground in his profession, and Oubre has been the first or one of the few in every position she has held.

Oubre was hired from the University of California, Davis in 2012 to take over as the dean of business and has used the four years to expand the college. To her, however, her greatest accomplishment is increasing graduation rates in targeted categories.

“Of all the things we’ve accomplished in my almost six years as dean [at SF State], I’m most proud of our outstanding improvement in student graduation rates, particularly for our underrepresented students,” she said via email.

The announcement was made Monday, March 26 in a press release from SF State in which Interim Provost Jennifer Summit offered high praise for the outgoing dean.

“I know that all who have had the privilege of working closely with her join me in expressing profound appreciation for her extraordinary leadership and wishing her well as she takes this exciting next step,” Summit said in the press release.

Although Oubre is most proud of the increased graduation rates that was not her only accomplishment.The press release lists additions to the Masters of Business Administration programs, business connections in the community and the addition of a MBA in biotechnology that will begin in the fall.

Oubre will take those accomplishments to Whittier beginning in July.

While Oubre is excited about the new position, she will miss her students.

“I am sad to leave the wonderful students at San Francisco State University and the college of business,” Oubre said. “Leaving will be bittersweet, but I am thrilled to join Whittier College, a model national liberal arts institution, and the only liberal arts institution with a designation as a Hispanic Serving and Minority Serving Institution. I look forward to being able to continue to serve a diverse student body, much [like] the students I have served at San Francisco State.”

SF State will announce an interim dean soon, the press release said. They will begin a national search for a replacement.