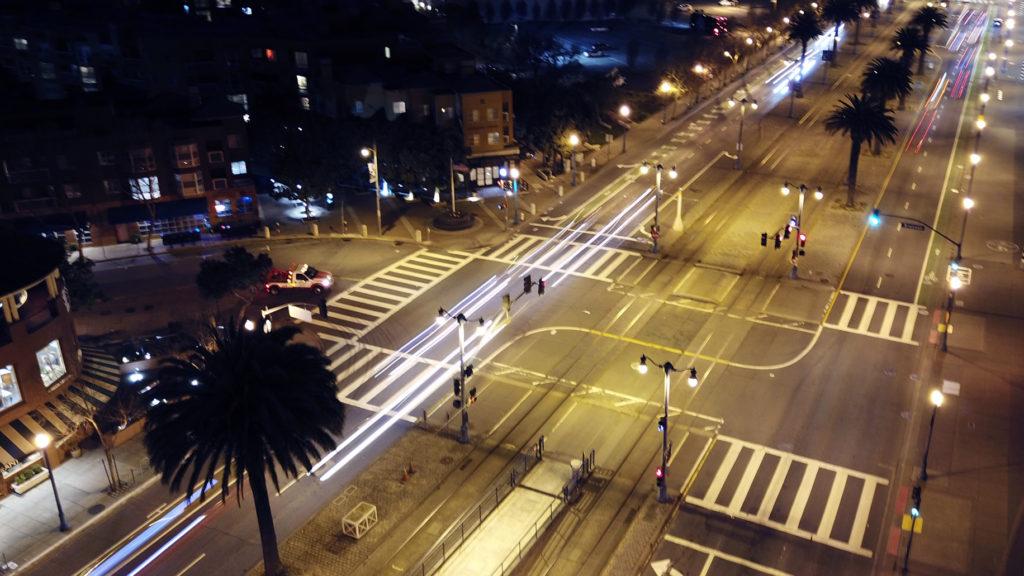 Bayside Village Apartment complex as seen at the corner of Embarcadero and Brannan in San Francisco on Wednesday, April 4, 2018. (Travis Wesley/Golden Gate Xpress)

Authorities from both the San Francisco and San Jose Police Departments are searching for a man who stole a shotgun from his family’s home in San Jose late last night.

Police reported that the suspect wrote a 20-page manifesto where he threatens to kill civilians, along with police, in the San Francisco area.

A San Jose family called the SJPD Wednesday night to report that their estranged son, Dustin Hamilton, had stolen two guns from their home and had left a manifesto allegedly threatening the lives of San Francisco people.

“Hamilton is believed to be armed and dangerous,” SFPD said. “If you see Hamilton in public, do not attempt to make contact. Please immediately dial 911 to notify authorities.”

Hamilton is a White male, 6-foot tall, weighs 145 pounds and has brown hair and brown eyes. He has been diagnosed with schizophrenia and is currently believed to be off his medication.

He is known to frequent the Bryant and Delancey streets of San Francisco.

The SJPD responded to a call Wednesday night around 10:14 p.m. near 1600 Husted Ave. The investigation found that the suspect, Dustin Hamilton, had stolen both a shotgun and a .357 magnum revolver from his family’s home.

A felony arrest warrant has been placed on Hamilton for the possession of firearms, burglary and threats. Hamilton also has two other felony warrants in San Francisco for assault and vandalism.

Those with information are asked to call 911 or contact Detective Emilio Perez and Detective Matt Brackett of the San Jose Police Department’s Assaults Unit at 408-277-5283.

Those who wish to remain anonymous may call the Crime Stoppers Tip Line at (408) 947-7867 or visit this site. Persons providing information that leads to the arrest of the suspect may be eligible for a cash prize by from the Crime Stoppers.