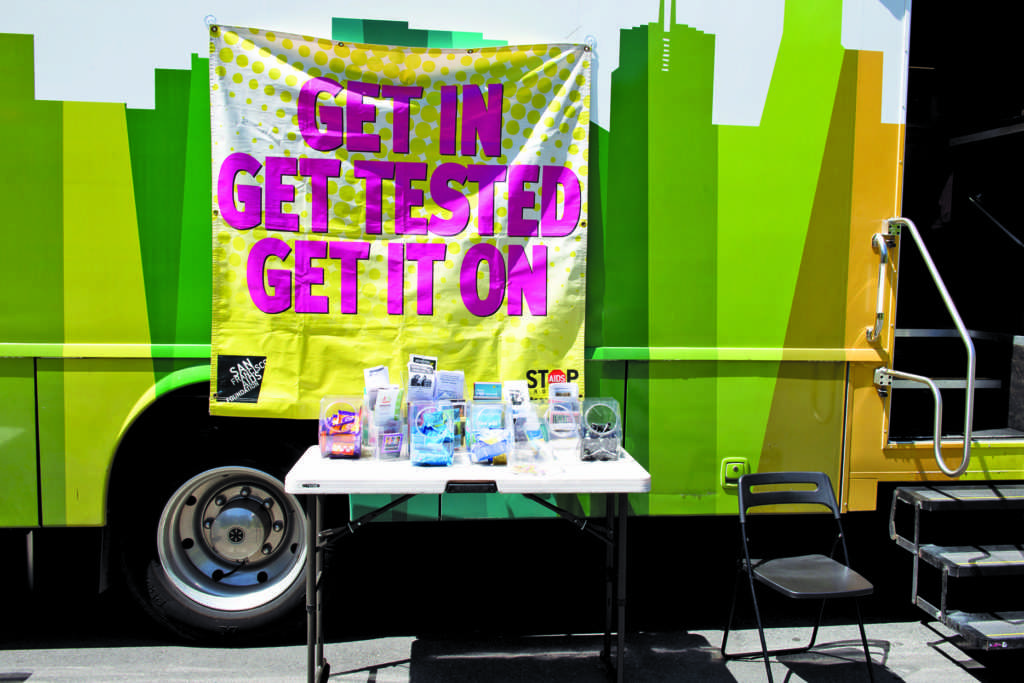 The Health Promotion and Wellness unit and SF Aids Foundation united together to provide free HIV and STI screenings to LGBTQ+ students at SF State.

Jose Francisco, a health education and public health major and intern with the Health Promotion and Wellness unit, is responsible for putting the entire event together. The event was brought about, because of an article that Francisco wrote last year for the Golden Gate Xpress. The article documents Francisco’s personal experience in trying to receive free health services at the Student Health Services Center.

Francisco was denied access to those free services because of his sexual orientation after initially seeking assistance from the Student Health center at SF State.

“During the time I did get tested, I was a health educator teaching about sexual health and among other things to high school freshman at Gateway High School here in SF,” said Francisco. “I wanted to walk my talk in terms of knowing my own health if i’m going to teach it.”

In his article, Francisco wrote, “SF State’s clinic is part of the government funded Family PACT program, which allows free HIV and STI testing for heterosexual men and women concerned about reproductive health. This means straight men and women can access these services for free. While I, on the other hand, had to pay $217 (for the exact same services), and was subject to bigotry from my counseling nurse.”

From there on, Francisco has dedicated his time to increasing visibility of issues for marginalized groups on campus. He stated that since his article was published, he has seen the University take action.

Elizabeth Estabrooks, a member of the association of Education and Referral Organization for Sexuality (EROS), said, “We are collaborating because part of EROS is promoting safer sex, sexual health and education, and part of that is making sure we prevent ourselves from getting STIs.”

Many students took full advantage of the free services that both the SF Aids Foundation mobile unit and campus organizations had to offer.

Creative writing major Trevaughn Roach-Carter said, “I was just walking by and I had seen the ‘get tested’ sign and I thought it was probably a good thing to do, so I stopped.”

According to The San Francisco AIDS Foundation, gay and bisexual men represent 79 percent of new HIV cases annually. Over 16,000 people are living with HIV.

African American and Latinos are disproportionately affected by HIV. When asked how important it is to get tested, communicative disorders major Tyler Barilla, who identifies as gay, said, “I think it’s very important, especially in this time, because we are in San Francisco … I think knowing your status is gonna make you safe and your partners even more safe in the long run.”

Jomar Lopes, an English major at SF State said, “I had risky unprotected sex and know I’m here to check my status.”

While students like Lopes and Roach-Carter seized the opportunity to utilize the free services that were being offered, other students felt that the Student Health Services Center had lacked adequate resources for its LGBTQ+ students in the past and is only now rectifying the problem.

Students, such as 21-year-old Barilla, who has had a similar experience to Francisco with going to the Student Health Services Center in an effort to get free STI and HIV screening being denied services because of their sexual orientation.

“It was not the happiest experience. I went there thinking that  I was going to get free testing and I accidentally told them that I had sex with men and she immediately told me that I had to pay for my testing. Luckily it  wasn’t that expensive, so I still went with the testing, but I cried afterwards to my mom,” said Barilla.

Barilla’s story is one of many stories of individuals that identify as gay, bisexual or transgender being refused free services by the Student Health Services Center.

“Releasing my piece in the GGX

the sort of awareness in terms of the institution. They’ve collaborated with San Francisco Department of Public Health to provide chlamydia and gonorrhea testing services to all students. Folks  that don’t adhere to the Family Pact program now have that access, additionally,  under the Student Health Services they started providing syphilis and HIV testing as well. For STIs they are now available to students free of cost,” Francisco said.