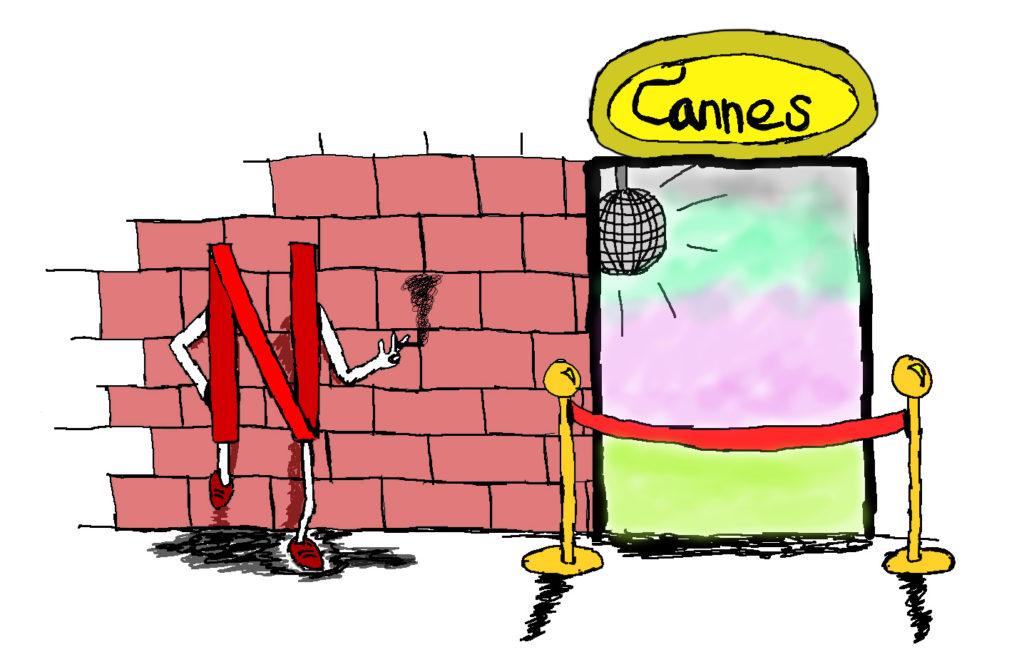 Millennials will agree there is just something fundamentally right or comforting about streaming platforms. The idea of almost free, unlimited movies and TV shows, available on a multitude of almost unlimited devices whenever you want is a hallmark success of our generation. In some way, we pride ourselves on our dedication in supporting them.

This pride is why millennials will also agree that last week when the Cannes Film Festival decided to effectively ban streaming-only movies from being entered to win the highest prize, a wave of lunacy rightfully almost broke the internet.

The basis of the ban is that since streaming networks like Netflix don’t show their films in theatres, they do not qualify as proper entrants.

Or as Cannes Film Festival Artistic Director Theirry Fremaux not so eloquently put it, “The history of cinema and the history of the internet are two different things.” Sure it is, Mr. Fremaux. And they are, but why now does it matter?

Netflix recently retaliated by pulling all of their films out of the festival anyway. Our generation ate it up because of course, we love sticking it to the man.

But when will Netflix and Fremaux realize that they are doomed to be frenemies? If society continues to back the world of streaming with such emphasis as  the last five years have shown us, the two better find out how to kiss and make up.

However, there is more than a right and a wrong side to this issue and amongst all the anger, perhaps the full backstory to the issue is not being properly relayed. This debate is not new and has been hot for a while now.

Let’s walk through a short timeline of events: Last year, around this time, the board of the festival, along with angry French filmmakers, complained that movies shouldn’t be allowed entry if they weren’t distributed to French cinemas. To the board, that is what is considered to be the minimum amount of dedication to cinema required to participate.

Although Netflix’s “Okja” and “The Meyerowitz Stories” still went on to compete, the board said 2018 would be different and that streamers among the likes of Netflix, HBO and Amazon will need to change to accommodate this if they want a chance to win the highest prize at the festival, the Palm d’Or.

Netflix originally did not like this. Perhaps rightly so. They produce plenty of originals that are high budget, high quality and comparable to the movies we see in theatres without actually being in them.

Netflix knows they are playing with the “masters” but despite this same guy, Fremaux, telling them the board picked their films in the hopes that he could “convince Netflix to release them in cinemas,” the gesture was still not well received.

Reed Hastings, the founder of Netflix responded on Facebook, promoting further conflict by claiming the festival is trying to undermine their legitimacy.

Ever since things have been a little hot in the world of film. With the illustrious festival around the corner, things will surely only get hotter.

Which brings us to now, when Netflix has decided to pull out completely even though they are only banned from the highest prize. They think they will get their way from boycotting the entire show. Maybe they will. But if history repeats itself as it often does, participants in contests don’t get to decide the rules of the contests and must just continue to compete.

The problem is this: when did this “us vs them” mentality start to seem viable?

Netflix said they are planning to release 80 new original films in 2018. With over 118 million subscribers worldwide so far, Fremaux and Hastings will need to find a compromise and fast.

But Netflix needs to decide if they are trying to crash the party or pout until they get what they want. If they want to play with the big boys they will have to play by the rules.

As a generation, we want all access online to be free. If we hit a paywall or a pop up, if we even have to give our email to gain access, it poses a major inconvenience for us. Have streaming networks like Netflix undermined box office sales? I don’t think so. I don’t think Fremaux thinks so either.

To me, the separation of the two is inherent. Going out to see a movie should be, and always will be, a thing people want to do.

Movie-watching is a great equalizer, in a way. You can watch movies because you admire the director, you dig the score because your favorite artist is featured or maybe you’re an amateur critic. But you don’t have to be, which is where the magic of movies really lies.

Maybe you just like Leo DiCaprio because it’s hard not to like him or you need a mindless comedy to take the edge off after a long day and don’t want to think too much. Two very different people can come together to share the same experience or two very similar people can walk away with completely different narratives.

Film is intimate. The process is intimate. Cannes realizes and wants to preserve this because I think in some way, French-filmmakers don’t think streaming networks are doing the filmmaking process justice. They couldn’t be more wrong. No, Netflix doesn’t have Leo but soon they very well might. And when that happens, it will do both parties justice to agree to disagree for the sake of moviemaking as a whole.