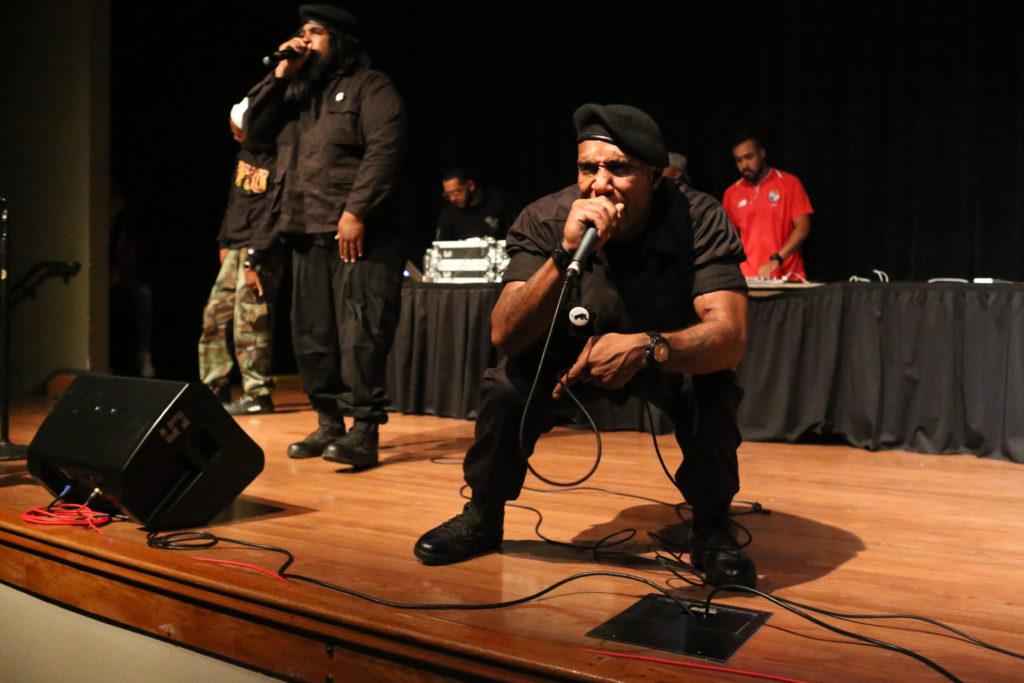 With 10 minutes until doors opened, Los Rakas were nowhere to be found. The Associated Students Inc. staff paced around while trying to put on its first concert of the semester without the headliner.

Molly Felton, an ASI employee, said that she and multiple others had been contacting the band’s manager for word on when they would arrive. The staff had resorted to direct messaging and replying to the band’s story via Instagram, which promoted the event, asking of their whereabouts.

Grammy-nominated duo Los Rakas headlined The Depot’s first show of the semester for their concert series “Get Live” on Aug. 30 at the Jack Adams Hall in the Cesar Chavez Student Center. Irving Keys and $$.Marc hosted the event, which included performances by K. Gaines and SF State student Damion Square.

According to Felton, in the contract Los Rakas signed when they were booked, the band was required to be at the venue by 4 p.m.

Six minutes before the doors opened at 6:45 p.m., Los Rakas walked through the doors of the venue.

Gaines and his DJ, Maxwell Benson, better known as Ticket to Elsewhere, was the first act.

Only five people had arrived for the start of the show.

“Even though it was very small, it felt personable and I felt their commitment to follow through,” said Daniel Coronado, third-year student at SF State.

First-year student Azul Varela believed the lack of people attending could be due to the confusion of people going to The Depot on the lower conference level rather than going up to Jack Adams Hall. She had waited down at the lower level for some time until she was informed that the show was upstairs.

At 7:18 p.m., Damion Square took the stage with his crew of five––two of them in black militant clothing with black berets, similar to the Black Panther uniform. Square started his show by celebrating the 50th anniversary of the Black and Africana studies at the university.

Varela has been a fan of Los Rakas for longer than she can remember and had found the event flier on her first day of school. She said she had expected there to be a bigger crowd for the event.

According to Los Rakas, Raka Rich and Raka Dun, the two have played at the university several times before –– dating back to when they first started. The Panamanian duo’s first language was Spanish, “That’s why we rap in Spanish,” said Raka Rich. The duo is based in Oakland, California and started their group in 2006.

Coronado, who came only for Los Rakas, said his favorite moment was when they pulled the youngest fan in the crowd, Ismael Péna, on stage to dance with them for a track.

After the show, Los Rakas took pictures with all the fans who came to the event.

While Benson and Gaines were accustomed to larger crowds, they thought ASI curated the event well. From the great sound and lights to The Depot’s team, and to the host taking care of them, they had enjoyed their first time performing at the school, Gaines said.