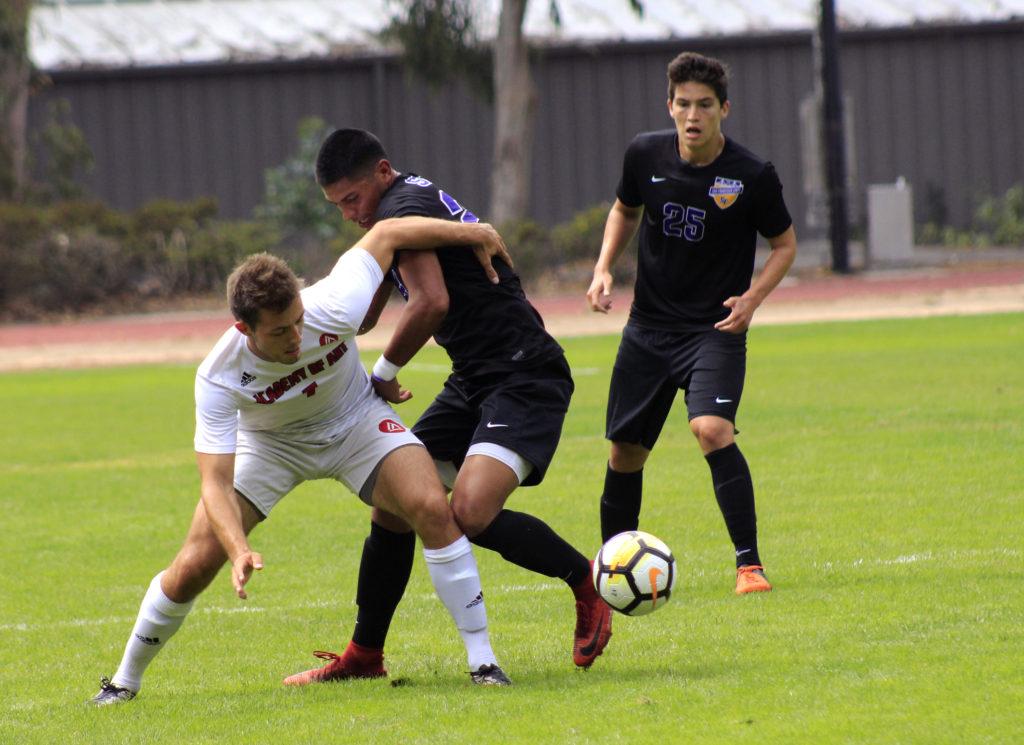 SF State player Jonathan Orozco is pushed out of the way by Academy of Art player Adrian Cekala in their battle for the ball in their game against each other on Thursday, Aug. 30, 2018. (GoldenGateXpress/Lindsey Moore)

The undefeated SF State men’s soccer team will face the Holy Names University, who are currently 0-2, this Thursday at 4:30 p.m. at Cox Stadium.

Now two games into the season, the Gators have yet to allow a single goal and have scored five total in their two wins, according to the box scores on the Official Website of San Francisco State Athletics. During the two games, SF State has turned away 11 shots on goal.

While the Gators’ defense has blanked both of its opponents’, senior forward Carlos Trujeque leal (11) leads the team with two goals, according to the Official San Francisco State Athletics Website. Freshman midfielder Crinan Dunbar’s (4) two assists also led the team.

Coming off a playoff season, the Gators have started this season in the right direction, and have a chance to start the season unbeaten three games straight when they face Holy Names University.