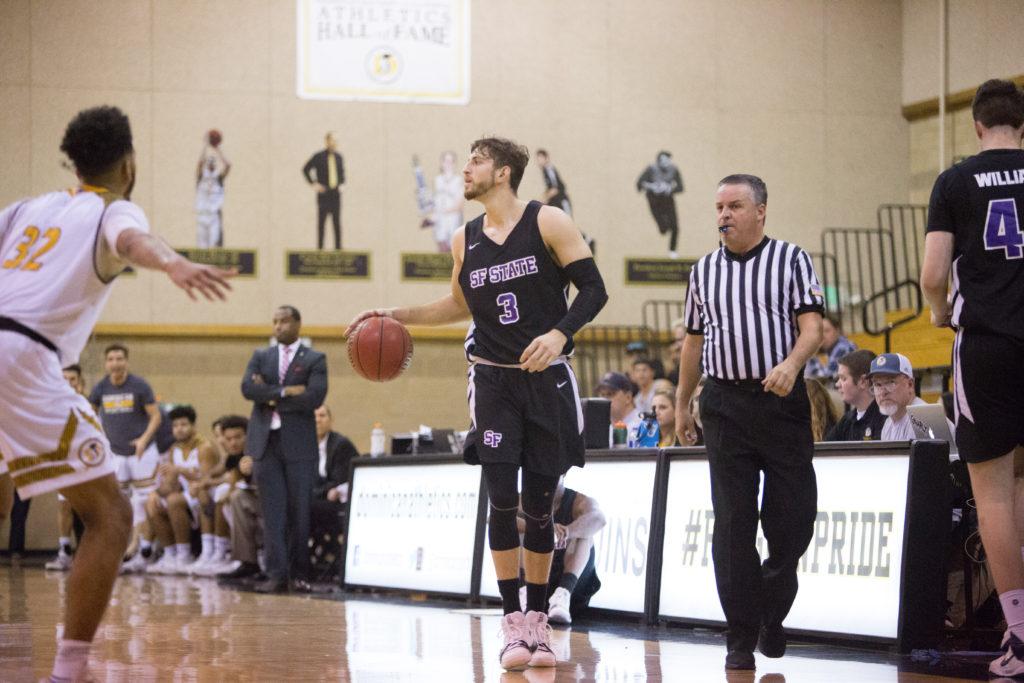 The SF State men’s basketball team roster will be bolstered with the addition of five transfers for the 2018-19 basketball season, according to head coach Vince Inglima.

The 2018-19 edition of the Golden Gators adds guards Jordan Balser, Jiday Ugbaja and Brian Nebo, along with forwards Linton Acliese and Zane Paddon.

Balser, a 6-foot-3 guard, comes to The Swamp by way of Cal State East Bay, where he played two seasons while redshirting for his first two.

Jiday Ugbaja makes his way to SF State via Sacramento State, where he spent the past four seasons. The 6-foot guard will play with his cousin swingman Chiefy Ugbaja, who has spent the entirety of his four-year career at SF State.

Nebo, a 6-foot-6 guard transfers from Cerritos College, where he averaged 11.9 points a game.

Acliese, the 6-foot-7 wing from Cabrillo College, is recovering from a foot injury and will redshirt this season. He averaged 20.0 points and 9.7 rebounds a game on 51.0 percent shooting as a sophomore for Cabrillo College.

Paddon, is a 6-foot-7 forward from Irvine Valley College, where he served as the team captain last season.

The men’s basketball season is set to tip-off Oct. 27 on the road against the University of Nevada in an exhibition game.